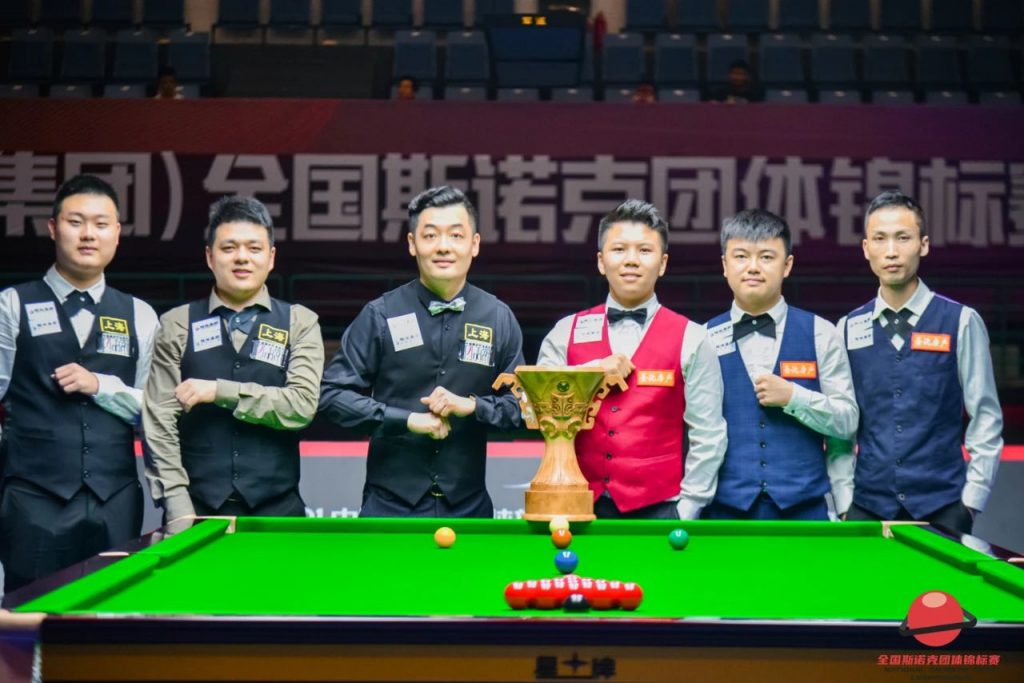 The ‘One Belt, One Road’ Shaanxi 2021 CBSA Cup National Snooker Team Championship was won by a Shanghai team represented by Tian Pengfei, Lu Ning and Zhao Jianbo, following a 4-2 victory against the Sichuan team of Zhou Yuelong, Zhang Jiankang and Cai Wei.

This year it would be Team Shanghai that would emerge victorious, a 4-3 semi-final victory against Team Lanzhou secured on the final pink, followed by a 4-2 final success against Sichuan in the title match enough to secure the 150,000 RMB top prize.

There were seven centuries made during the event in all, with a high break of 140 compiled by Cao Yupeng. Notably, there was also a break of 110 by Zhang Anda and Cao Yupeng in a doubles frame.