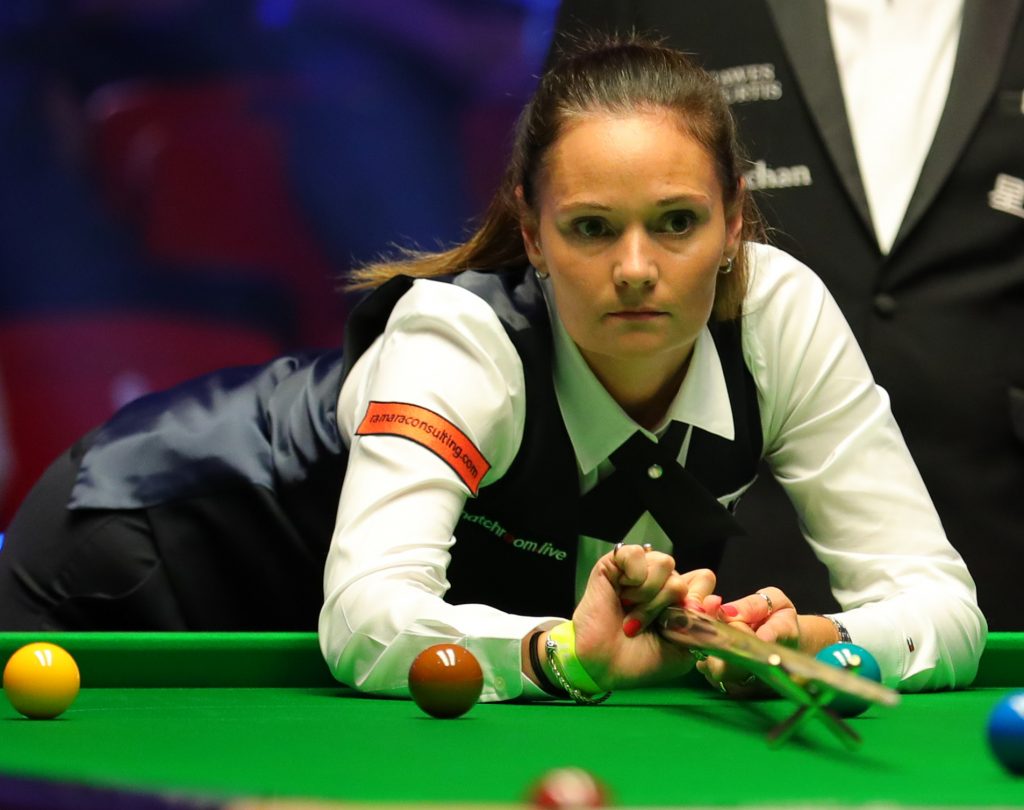 The biggest prize in women’s snooker will be contested at the city of Sheffield, widely regarded as the home of snooker. The event will be held at the Ding Junhui Snooker Academy with provisional dates set for 10-14 February 2022. Additional support and practice facilities will be provided by the Victoria Snooker Academy.

To also include the staging of the World Women’s Under-21 and Seniors Championships, the event will form part of three weeks of high-quality snooker at the venue, with the 2022 World Snooker Federation Championships set to follow.

Won for a record-extending 12th time by Reanne Evans in 2019, the World Women’s Championship is set to welcome the world’s best female players who will be looking to add their names to an illustrious roll of honour which also includes multiple champions Allison Fisher, Kelly Fisher, Karen Corr, Ng On Yee and Vera Selby.

It has also been announced that for the first time, as well as contesting the newly renamed Mandy Fisher Trophy in Sheffield, the winner of the tournament will also be guaranteed a place on the World Snooker Tour (WST) as one of at least two players due to qualify from the WWS Tour from the start of the 2022/23 season.

Should the tournament be won by a player currently on the main tour (Reanne Evans or Ng On Yee), the next highest ranked player will be nominated to graduate to the professional circuit.

This follows the landmark announcement earlier this year that the WWS Tour has become an official qualifying pathway to the WST and underlines the commitment of our sport to seeing women compete at the very highest level.

Mandy Fisher, WWS President said: “We are excited to be able to share our plans for the return of the World Women’s Snooker Championship following the most challenging 18 months for us all.

“Sheffield is a city that needs no introduction for snooker fans and players around the world and we are looking forward to welcoming everybody to what is a fantastic facility at the Ding Junhui Academy.

“It is especially exciting that the winner of the tournament will be nominated to join the professional World Snooker Tour for the first time. This represents a huge milestone in the history of the tournament on what will be its 39th staging and an incredible incentive for all of the players set to compete next February.

“I would also like to take this opportunity to acknowledge our friends at the Billiard Sports Association of Thailand and the Hi-End Snooker Club, who have continued to support us since our previous World Championship in 2019. Although the impact of the pandemic continues to be felt, we remain committed to returning to Thailand as soon as we are able to with a major ranking event in the future.”

Further information, including entry criteria, process and hotel details will be released in due course at www.womenssnooker.com