Shoot Out King Holt Has Learned To Accept Fate

“Do. Or do not. There is no try,” said Yoda in Star Wars. Michael Holt may not have been trained as a Jedi knight by a wise old guru (though he was once coached by Terry Griffiths), but he has come to realise that at the top level of snooker, there is only success or failure, and very little in between. 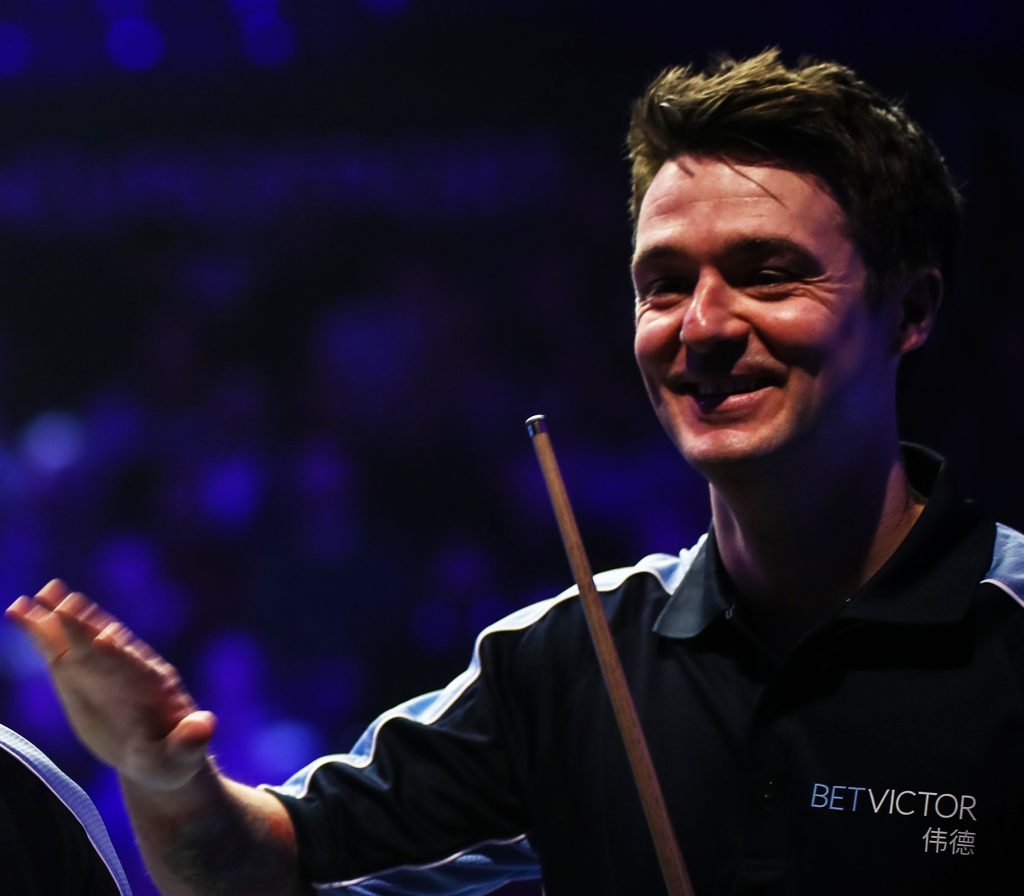 Holt has spent much of his career frustrated by the feeling that he has under-achieved, or not got the results that his undoubted talent deserves. But his attitude has changed since he made a huge breakthrough a year ago by winning his first ranking title at the BetVictor Shoot Out.

“In the past I had felt I should have done more in the game, but I have realised that ‘should’ means nothing,” said the 42-year-old from Nottingham. “You either do it or you don’t. There are no under-achievers or over-achievers because, over a career, your results are what you deserve.

“The best you can do is prepare in the right way and then see how you get on. Sometimes it doesn’t work out – snooker is tough like that because you can be the better player and lose. But there’s no point feeling sorry for yourself. There is no magic or unique formula. If you take your chances when they come, then you walk through the door when it opens.”

A year earlier, Holt had finished runner-up at the same event, losing in the final to Thepchaiya Un-Nooh: yet another near miss for a player who turned pro back in 1996. In 2020 he arrived in Watford with low expectations – but in his first match the stars began to align in his favour. His opponent, African Champion Amine Amiri, had neglected to read the rules, and twice fouled by trying to roll up dead weight to the black, when in fact in the Shoot Out a ball must be potted or hit a cushion on every shot. 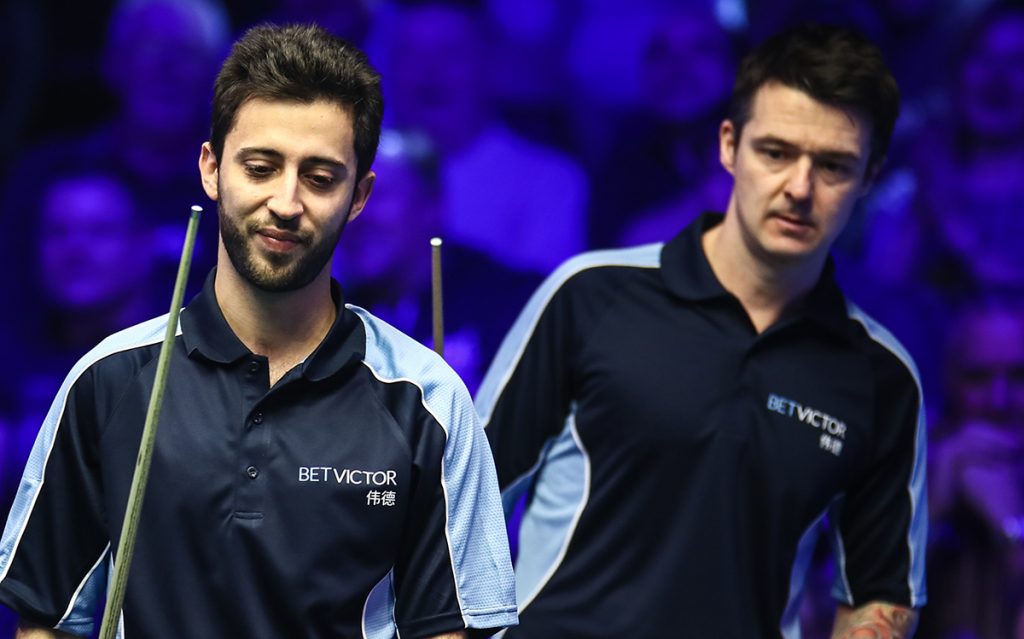 Holt got lucky in the opening round

“At the time my dad was in hospital because he’d had a fall,” Holt recalls. “Before my first match I said to (wife) Amy that there’s no way I’ll get to the final again. I was ready to lose so I could get home. As it turned out I was extremely lucky to win – if Amiri had know the rules he probably would have beaten me.  And things just went on from there – those are the small margins.”

Holt went on to knock out Elliot Slessor, Ian Burns, Joe Perry, Ben Woollaston and Yan Bingtao to reach the final. He looked the calmest man in the Watford Colosseum as he comfortably beat Zhou Yuelong to win the trophy. The moments of celebration with the silverware alongside Amy and his young son Jude will stay with him for life.

“I remember the final day pretty clearly,” he said. “The one thing that sticks out is sitting down with Amy after the semi-finals. We only had about ten minutes before I was back on for the final. I told her how what it would mean financially if I won. Not just the £50,000 top prize, but it got me into a few other big events, so in total it was worth about £80,000. She was a bit shocked when I told her that because we’d had some problems with the house we had bought so that money made a huge difference to us. 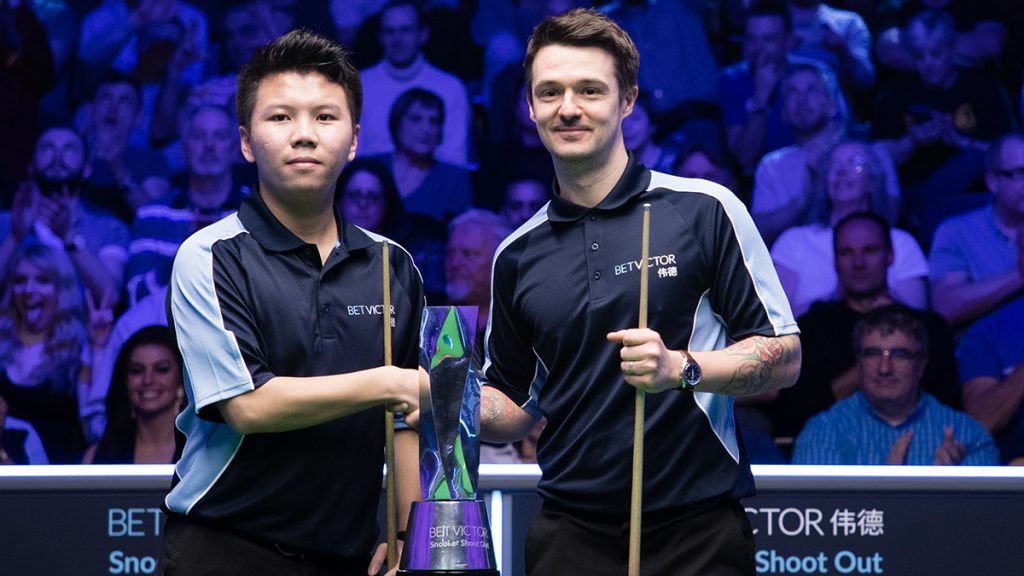 “My dad was back at home by the time of the final so I remember talking to him on the phone afterwards. Then the first thing I did when I got home was take the trophy to show him. It was great to have Jude there for the final as well and the video will be something to show the kids when they are older.”

Many players find the Shoot Out far more nerve-racking than events with no shot clock, but for Holt it’s the opposite. “When I have too much time to think, I get in my own way mentally,” he said. “At the Shoot Out I just play on instinct – I play what I see first and that is usually the right shot. All I do is focus on potting that ball and then it’s on to the next one.”

And he feels that approach can help him at other events with a standard format. “I did some work with (coach) Chris Henry and he convinced me to just get on with playing and stop thinking about my cue action too much,” said Holt. “It’s all about trusting myself and having the belief that I can do it. I am doing the same in practice and I have found that I am scoring more heavily. 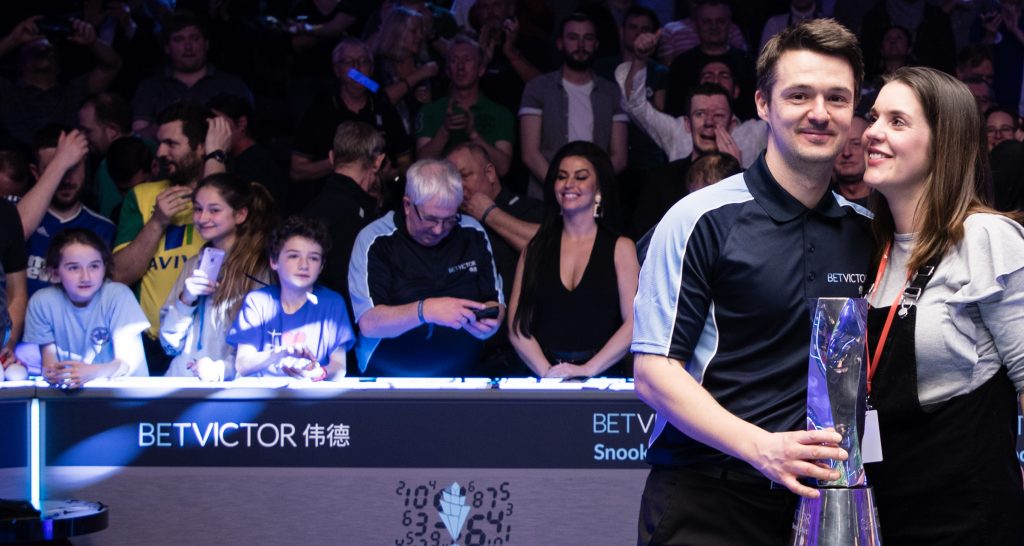 “My game is as good as it has ever been, and that has been the case for a while. I had a bit of a sulk before Christmas because I felt my results weren’t as good as my performances. But I feel I will go deep in a tournament at some point. I have never been happier and I am really enjoying snooker.”

No player has reached the Shoot Out final three times – indeed Holt is one of only three, alongside Graeme Dott and Xiao Guodong, to appear in two finals. But Holt no longer lacks self-belief as he looks to the future.

“I want to prove that it is possible to get better during my 40s,” he said. “Other than that, my only goal is to put myself in positions where I have the chance to win.”

Holt plays Jamie Jones in the opening match of the BetVictor Shoot Out on Thursday at 1pm. Click here for the match schedule and here for details of how to watch.