Six Of The Best For Aly 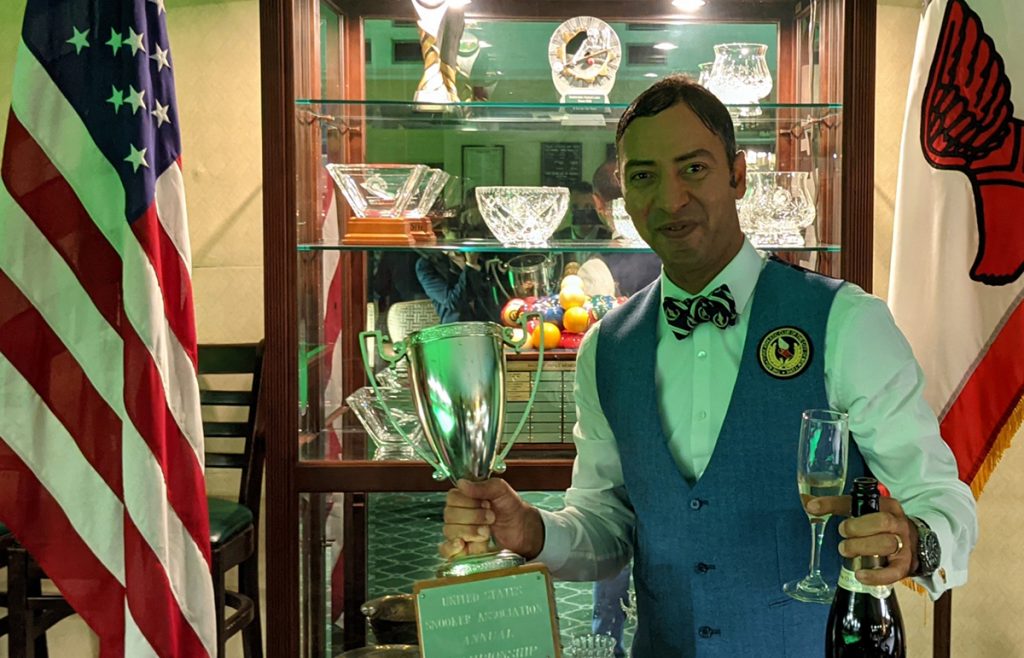 With the cancellation of last year’s Championship due to the coronavirus outbreak, Aly had to wait an extra year before he could attempt to own the record of most number of titles outright, having previously held that acclaim jointly with the late, great Tom Kollins.

The number one seed from Brooklyn was relatively untroubled throughout this Championship going into the final, and only lost three frames in the six matches that he played. Aly defeated Prabhakar in two previous Championship finals, and once again came out on top to take the trophy.

A break of 57 gave Aly the opening frame, and he capitalised on mistakes from Prabhakar in the second to go 2-0 ahead. In the third frame, runs of 45 and 25 were enough for Aly to extend his lead, and he added a scrappy fourth to make it 4-0 at the interval. There would be no fight-back as Aly wrapped up victory in the fifth with an excellent break of 76.

“It was an amazing tournament,” he said. “I really can’t believe I won it again and made history, especially in my second home at New York Athletic Club. My game was improving at every stage of the tournament. From the quarter-finals, I started reaching a different gear. I played an amazing final.”

Aly, who is the Billiard Room manager at the NYAC, added: “It really means the whole world to win it in front of my wife, and my family at NYAC. I’m very proud to be part of this great club – the home of champions.”

Alan Morris, the Executive Director of the United States Snooker Association, said: “I would like to congratulate Ahmed on yet another fine Championship performance in lifting his record sixth title.

“It was fantastic to see so many new faces in the Championship, and great young talent who I hope will become the talent of the future. My gratitude goes out to the NYAC for one again hosting a truly memorable Championship, and also to the players who come from all across the United States and who really make this great event the success it continues to be. We look forward to doing this all again next year!”

The post Six Of The Best For Aly appeared first on World Snooker.