Zhao Xintong made four century breaks in a marvellous performance as he beat Stuart Carrington 5-3 in the first round of BetVictor German Masters qualifying. 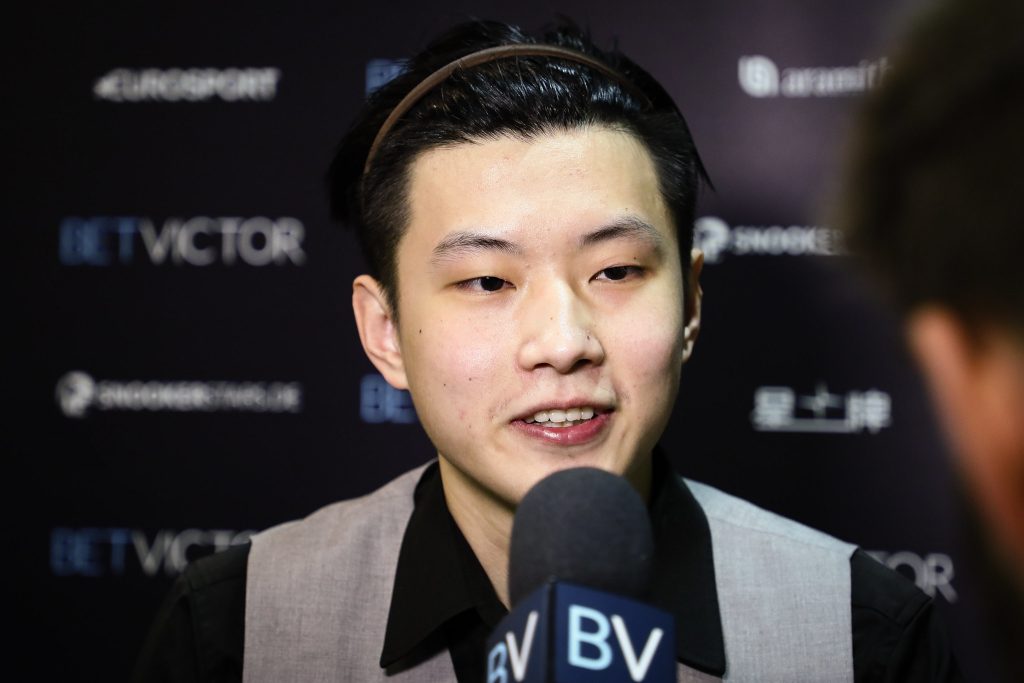 Zhao was a quarter-finalist in the German Masters in 2020

Carrington write on Facebook: “What I have just witnessed on a snooker table, from 3-1 up, is the most unreal four frames I’ve ever had played against me, and possibly the best snooker I’ve seen in my lifetime. That is just not normal.”

Zhao will face Pang Junxu on Wednesday with the winner to go through to the final stages in Berlin in January.

Anthony McGill, Stephen Maguire, Tom Ford and Zhou Yuelong all booked places in the German capital by coming through the second round to reach the last 32.

In the opening round, three-time Crucible king Mark Williams saw off Oliver Lines 5-1 with a top break of 81. Kyren Wilson beat Xu Si by the same scoreline, with a top run of 104.