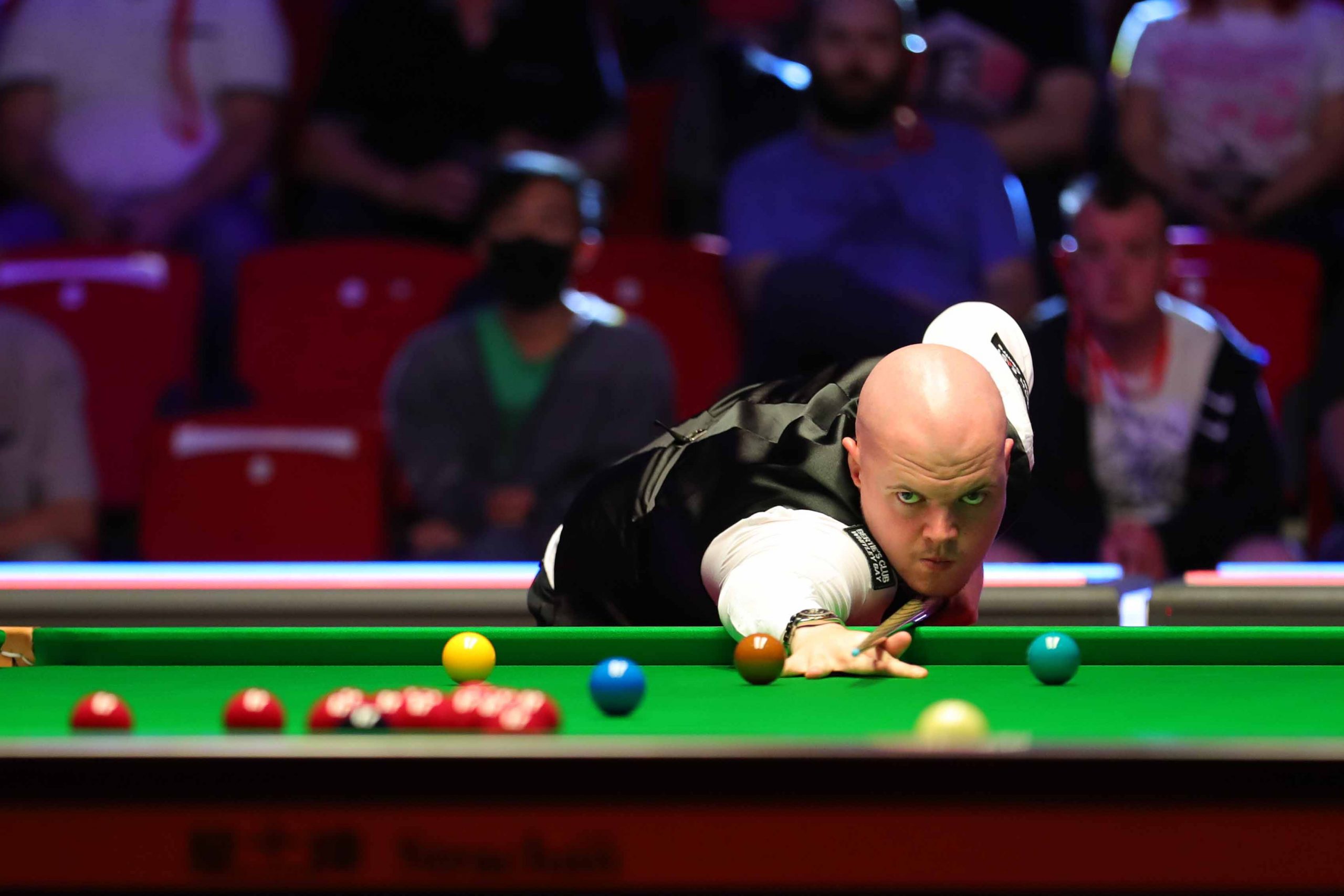 World number 49 Elliot Slessor is into the quarter-finals after claiming two huge scalps in a day of giant killing at the matchroom.live British Open in Leicester.

Following a superb 3-2 defeat of Judd Trump in the afternoon, Slessor took on four-time ranking event winner Ali Carter in what proved to be a high quality encounter. Slessor defeated the Captain 3-1, but not before an evening of fireworks.

The opening frame went the way of Slessor thanks to a break of 76. What followed was a moment of snooker magic. Carter restored parity with the perfect frame, firing in the third 147 break of his career to make it 1-1. It’s the second maximum break of the week, following John Higgins’ effort in the opening round against Alexander Ursenbacher.

That did nothing to deter the Gateshead’s Slessor, who fired in runs of 74 and 63 to seal a significant victory. Next up Slessor faces Zhou Yuelong, who defeated Leicester’s Joe O’Connor 3-2.

“It was a good game and we both played pretty well. We barely made any mistakes at all,” said 27-year-old Slessor. “I’ve been working with Peter Ebdon to try and be more mentally strong in certain situations. I made a monster clearance after he made the 147. I thought if I could nick that frame I’d take the momentum. In this kind of game momentum is everything.

“I’ve always known I have ability. I can score, I can play safe, I can pot balls. The biggest problem I’ve always had is me. My attitude and me in general. I’ve ended up missing chances because I’m so annoyed at myself. What I’m doing now is a completely different outlook and I’m feeling really strong and comfortable.”

David Gilbert continued his hot streak of form with a 3-0 whitewash win over Hammad Miah. The Tamworth cueman won his maiden ranking title at the Championship League last week.

Gilbert composed breaks of 60 and 62 on his way to this evening’s victory. He now faces either Hossein Vafaei or Gary Wilson in the quarter-finals.

Former European Masters winner Jimmy Robertson clinched a quarter-final berth with a 3-0 defeat of Stephen Maguire. He now faces Lu Ning, who defeated Lukas Kleckers 3-0. Kleckers leaves Leicester with the consolation of becoming the first German ever to reach the last 16 of a ranking event.

A good day at the office.@sless147 has knocked out Judd Trump and Ali Carter!