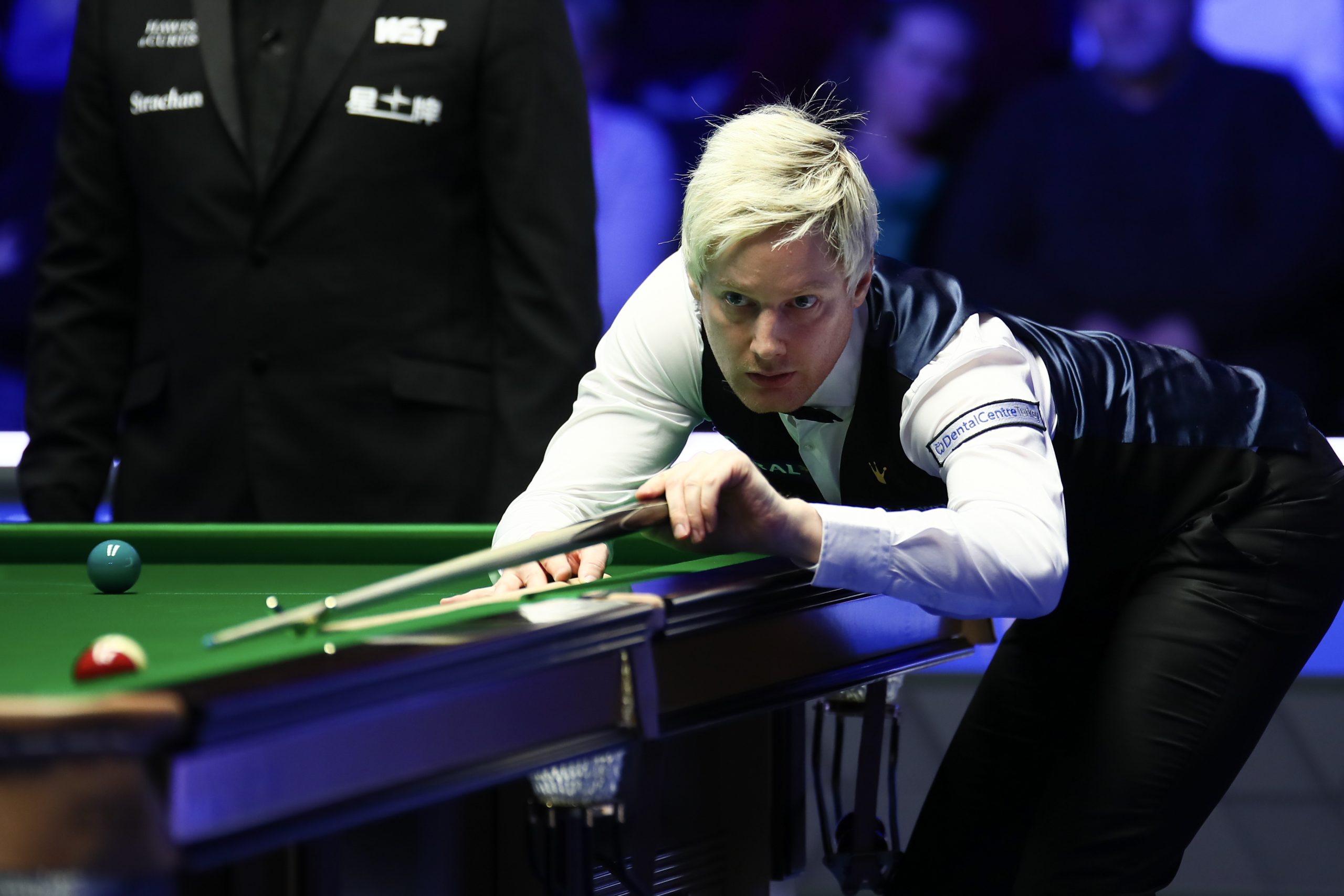 Snooker has long enjoyed international appeal but getting to the top of the game from outside the UK presents a unique set of challenges. Journalist and commentator David Hendon considers two men who have become modern greats – Australia’s Neil Robertson and China’s Ding Junhui…

The climax of the 1994 World Championship remains one of the most thrilling to any Crucible final. It looked set to be Jimmy White’s year at long last before a missed black in the decider let Stephen Hendry in for his winning clearance. If you were 12 years old and a snooker fan you would have been glued to every dramatic moment.

But not Neil Robertson. On the other side of the world in Melbourne there was no live television coverage. He would have to wait for footage some time later, relying on videotapes from the UK. In fact, so out of the loop was the young Robertson when it came to British TV that he thought Clive Everton and David Attenborough were the same person.

In ’94, Ding Junhui was only seven and yet to discover snooker. Both boys were living a long way from the game’s established hotbed in the UK. Both would undertake inspiring journeys to stake their claims as the best two players to emerge from outside the sport’s traditional homeland.

Players from various corners of the globe had previously made the pilgrimage to Britain, where the qualifying for major events has always been held, some with more success than others. Canada’s formidable Cliff Thorburn became world champion in 1980. Australia’s Eddie Charlton was one of the leading players of the 1970s and 80s. South Africans Silvino and Peter Francisco were regulars on TV. Malta’s Tony Drago delighted fans with his rapid-fire style. Later, Thailand’s James Wattana and Hong Kong’s Marco Fu would enjoy success. Many more, though, fell by the wayside.

At the age of ten, Robertson started playing pool with his father and brother at weekends. Six months later his dad bought a half share in the club and young Neil would spend more time there, moving up to snooker. It was casual, fun, but he was good at it. There was a Sunday competition where the winner received a can of Coke and a Mars bar, motivation enough for any kid. From 13 he started to take it more seriously. By 14 he was the best junior in the country. At 16 he turned professional.

The Oceania Championship had been staged at his father’s club, where Robertson knew the tables well. The semi-finalists would receive a main tour card and he duly reached the last four and was suddenly heading for the UK, raw but excited.

Robertson won three of his 12 matches and was immediately relegated. He got back on the tour but was relegated again – on his 20th birthday. He returned to Australia feeling the step up in standard from amateur to professional was too great. He went to the job centre and stood in line. As he did, he thought it over. He loved snooker. It was in his blood. He knew he was good. He knew he could work harder. He left the queue and resolved to make a go of it.

By winning the 2003 world under 21 title he was able to return to the pro ranks. He pitched up in Cambridge with £500 and a credit card for emergencies only. The odds on him making it to the top were still long. 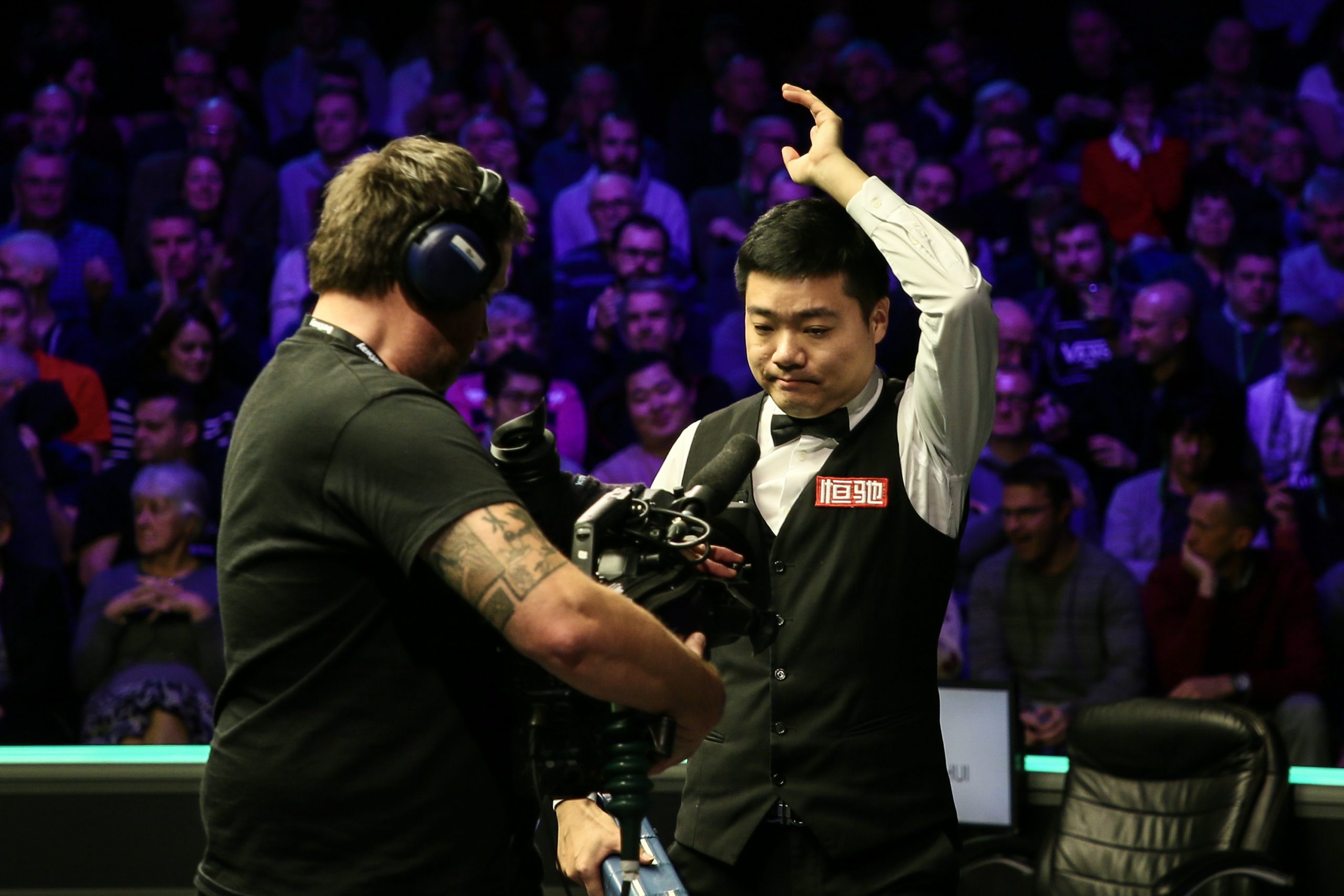 The previous year, 2002, had seen Ding win the same world under 21 event. He had discovered cue sports at the age of eight. The story goes that he was taken to a club by his father, a keen pool player, who took a toilet break in the middle of a match. When he returned, young Ding had picked up the cue and won the match. When it later became clear his son had a natural aptitude for snooker, Ding’s father took him across China to get the best coaching available, living frugally, sacrificing much in the pursuit of a dream.

Ding won the Asian Championship at 15 and turned professional in 2003. Two years later he achieved an astonishing breakthrough that has been pivotal to snooker’s global growth since.

The China Open had run from 1999 to 2002. In 2005, a one-year deal to reinstate the event was arranged. Ding was a professional so would have to qualify in the UK. To ensure this new teenage prospect would instead be part of the final stages in his home country, he was withdrawn from the tournament and then entered again as a wildcard.

It was an inspired decision. He beat Peter Ebdon 5-0, then Stuart Bingham and Fu, then whitewashed Ken Doherty to set up a final showdown with Hendry. It was clear that Ding, who turned 18 during the week, was attracting great attention. One of his matches was incorrectly announced as taking place on table 3 and a large crowd gathered in eager anticipation. When the announcement came through that it was actually being played on table 1 a stampede took place to get across the arena. I saw two men literally having a fist-fight over a seat. His press conferences became love-ins, with Chinese journalists scrambling for autographs rather than answers. An exciting new star was emerging.

He underlined his potential by beating Hendry 9-5 in the final and in the process starting the Chinese snooker boom. From that one-year deal snooker tournaments began to grow in China and, under the Barry Hearn administration, have rapidly increased with prize money now higher than ever.

This was all on the shoulders of Ding, but heavy can be the head that wears a crown. He moved to Wellingborough but was still young and shy. He didn’t speak much English and admitted to missing home. In 2007, he was in tears at the end of the Masters final, heavily beaten by Ronnie O’Sullivan in front of a baying London crowd. As good a player as he clearly was, he was still a stranger in a strange land.

Robertson could sympathise. The sacrifices the two of them made have ultimately led to glory for both but have come at a personal cost, notably separation from their families.

Robertson’s mother, Amanda, had never even seen him play live before booking a flight to the UK in the middle of his 2010 World Championship semi-final against Ali Carter. By the time she landed, he had reached the final and she was at the Crucible to unfurl the Australian flag in the aftermath of his victory over Graeme Dott.

While Ding is rightly celebrated in his homeland – at one point he became so famous in China that there was a children’s TV cartoon series made about his life – Robertson gets little media coverage in Australia, certainly nowhere near what he should receive for his considerable achievements. Since 2006, he has won at least one title each calendar year. This includes a total of 18 ranking titles, plus the Masters and Champion of Champions.

Ding has so far won 14 ranking titles, plus the Masters. They have both been world no.1. The only significant accolade missing from Ding’s CV is the world title.

In the 2013/14 season they each hit the heights, Ding by becoming only the second player to win five ranking titles in a single season and Robertson with his unprecedented 103 century breaks. These many achievements confirm them as the two most successful non-British players.

Ding’s English has improved greatly over the years and fans warm to his humility. The number of his compatriots inspired by him to take up snooker is incalculable. He has a legion of Chinese snooker players snapping at his heels but is still his nation’s no.1.

Robertson is a proud geek, seemingly never more contented than when painting Warhammer figurines. He’s happy in himself. He knows who he is, likes who he is. He has also emerged as one of snooker’s most articulate players, using his profile to talk about his own gaming addiction and mental health issues after his partner, Mille, suffered from anxiety and depression, subjects for too long misunderstood and taboo.

The boys became men. They are both settled now, both fathers, two men from different parts of the world who had a common ambition.

When the trophy is presented at the end of a tournament the name of the champion is engraved on its base, but what you can’t see is the myriad of moments which have led up to this: the airport terminals, the dodgy B&Bs, the cadged lifts, the bad food, the loneliness, the homesickness, the doubts and the worry and the long dark nights of the soul.

For non-British players, away from their families, these are multiplied. Robertson and Ding have more reason than most to reflect on their individual journeys. They didn’t grow up engrained in the UK’s snooker culture but through talent, discipline and willpower have each made it to the top and in doing so have enriched snooker itself, as well as inspiring the next generation of kids from across the globe who dare to dream big.