Snooker’s Struggles In The Pre-Crucible Era

Snooker, like all professional sport, is currently on hiatus due to the coronavirus pandemic. Everyone involved in the game is looking forward to its return but this is not the first time snooker has been forced to take a break, as journalist and commentator David Hendon explains…

Without Joe Davis, snooker’s first World Professional Championship may have arrived much later than 1927. And yet the game’s first star shone so brightly that he unwittingly played a part in its decline thirty years later. 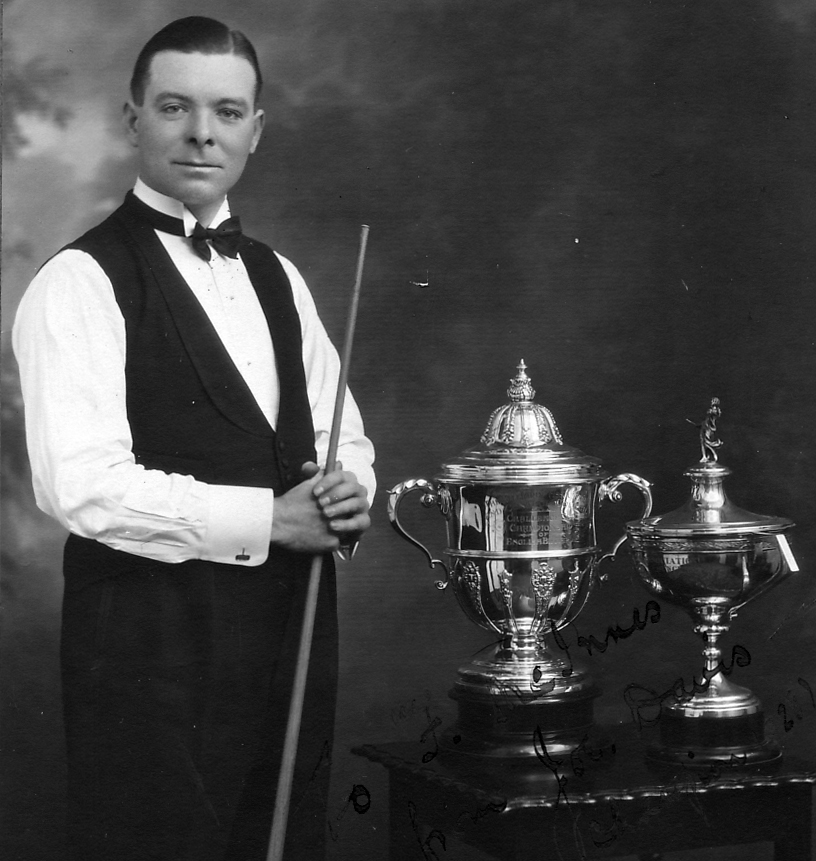 Joe Davis with the World Championship trophies for snooker and billiards

Unlike the leading lights of today, Davis had no established players to watch, analyse or learn from but his father was a publican at the Queens Hotel, Whittington Moor in Chesterfield and the establishment boasted a full-sized snooker table.

Snooker was still in its infancy when Davis was in his. Billiards was the prevailing cue sport of its time and Davis, and his younger brother, Fred, became proficient players. Billiards, though, often lacked dramatic tension as a spectator sport because its matches could be so one-sided. In 1926, Davis lost in the world professional final by 6,500 points to Tom Newman. Audiences could admire the skills on show, but excitement was thin on the ground.

Davis saw an opportunity with snooker, the young upstart of the cue sports family, to make a name for himself and, more widely, for the game itself. Others had tried with little success. In 1924, Tom Dennis, a player and billiard hall owner, wrote to the then governing body for billiards asking them to consider promoting an open snooker tournament. The sniffy response he received read: “It seems doubtful whether snooker as a spectacular game is sufficiently popular to warrant the successful promotion of such a competition.”

Two years later Davis, supported by the promoter and table-maker Bill Camkin, managed to persuade them to reconsider. Ten players entered the inaugural championship and a trophy was purchased using half of the entry fees. It is still presented to the world champion to this day. 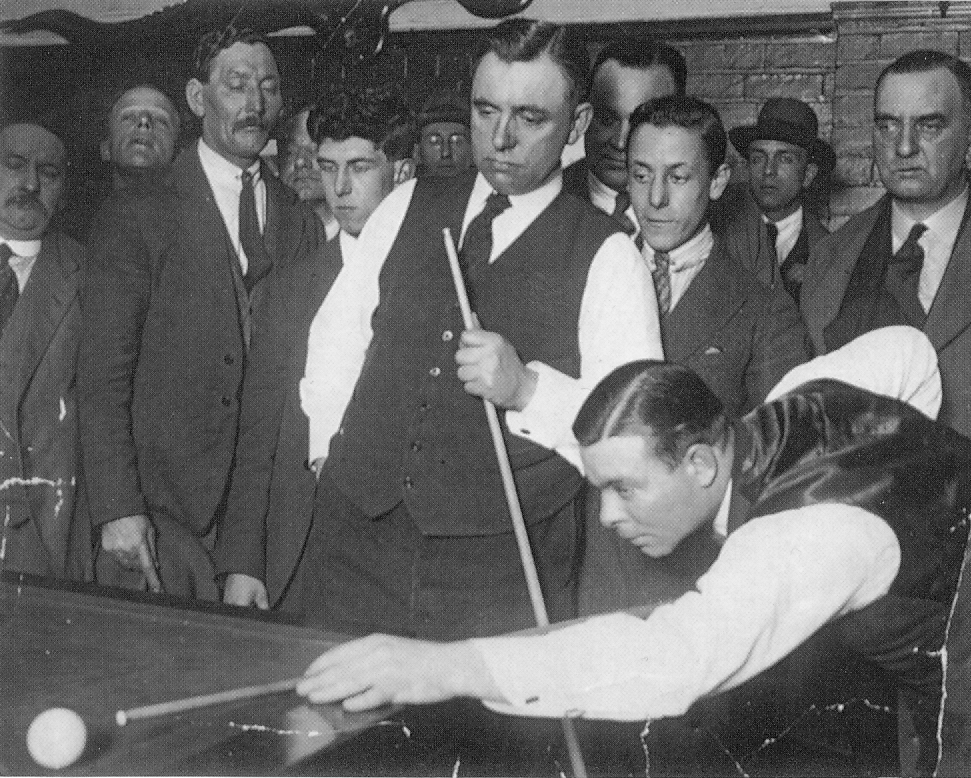 Joe Davis and Tom Dennis contest the first World Championship final at Camkin’s in Birmingham in 1927. And you thought the crowd at the Crucible was close to the table…

The tournament’s first match began on November 29, 1926. The following May at Camkin’s billiard hall in Birmingham, Davis defeated Dennis 20-11 in the final. The Billiard Player, the leading cue sports organ of the time, gave the event four paragraphs of coverage. There was clearly still a long way to go.

And yet the championship continued, albeit with a small but determined band of players. These were very different times. Davis had never driven a car but a rail strike in 1934 meant he could not get from Nottingham to Kettering to play Tom Newman, the only other entrant. Davis duly purchased a car, was given rough instructions on how to drive it and set off for the match.

Davis kept on winning and, as he did so, his reputation and celebrity grew. There was to be two decades of Davis dominance, interrupted only by the second world war. He won his 14th world title in 1940 and his 15th and last when the tournament returned in 1946, after which he retired. This proved to be the start of snooker’s problems.

Davis had in fact only retired from competing in the championship but still played in other events, undertook exhibitions and television appearances and was by far the best known figure in the still fledgling sport. The fact he was not playing in the World Championship therefore seriously devalued it – like Hamlet without the prince – and the interest, such as it was, dwindled to the point that by 1957 no promoter wanted to touch it.

And so professional snooker entered a dark period of extended hibernation which was to last until 1964. This was the time of JFK and the Beatles. The 60s were swinging but snooker lay dormant. Perhaps it had been a fad after all, a novelty whose time had come and gone.

These were grim times for the players, who retreated back into normal life. Fred Davis had a hotel in Llandudno; Rex Williams a family printing firm in Staffordshire. Players still undertook exhibitions but making a living was hard, with the sport enjoying very little exposure outside of a few matches on black and white television, usually involving Joe and acting as filler between horse races on the BBC’s Grandstand. 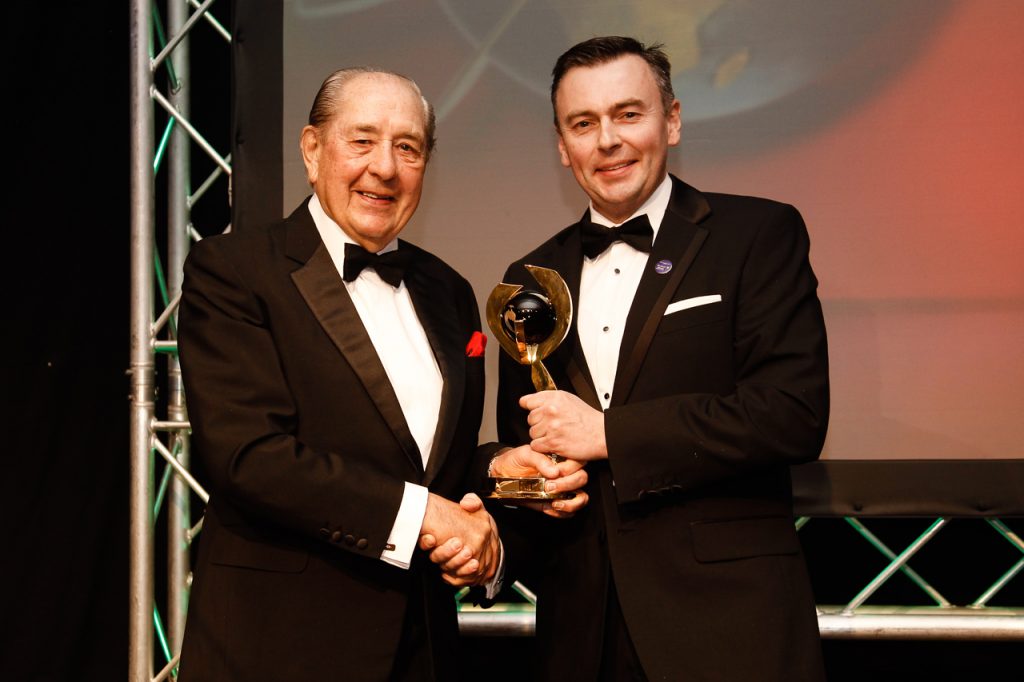 Williams, who at 17 had won the English amateur title, was now 30 and restless. This should have been the prime period of his career. He took it upon himself to revive the World Championship on a challenge basis, with the reigning champion – in this case John Pulman – taking on a single opponent.

The governing body gave their sanction and Pulman beat Fred Davis 19-16 in the first World Championship to be staged for seven years. Pulman would win six further world titles on this basis against a series of challengers, Williams included, until 1968.

Williams believed that the players needed to take greater control of their destinies and pulled together a players’ association, which would become the WPBSA. Largely through his efforts, snooker’s profile was growing again. The players came back blinking into the sunlight of a new era, still uncertain but at least with playing opportunities and a World Championship restored. 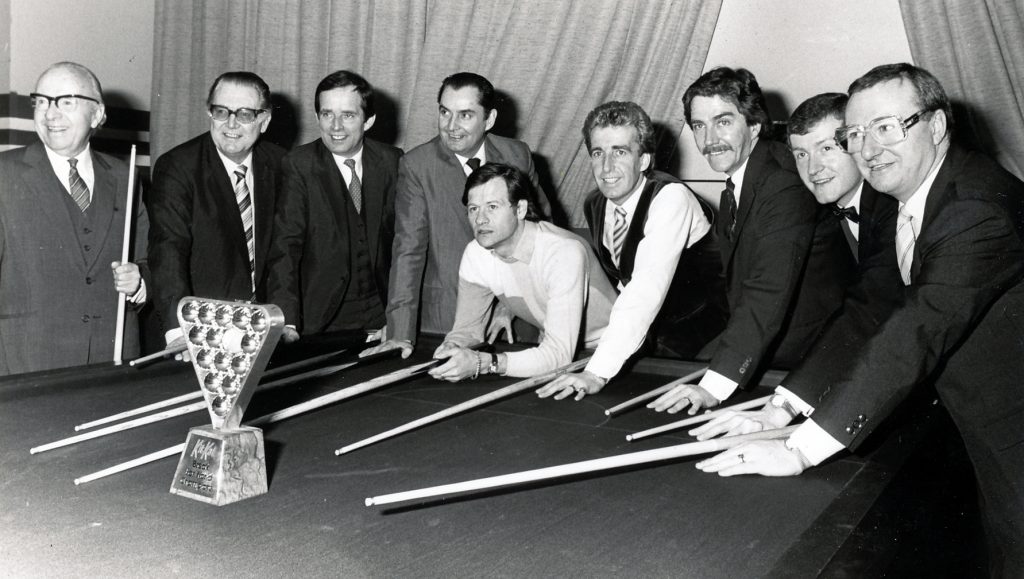 The championship proceeded on a challenge basis until 1969 when the open format was revived. It coincided with the arrival of colour television, which led to Pot Black providing a national showcase. Suddenly, the leading players of the day were household names, from the head-masterly Ray Reardon to errant tearaway Alex Higgins. The public took to them, and to the game, and it led to increased interest from sponsors and television. Now, promoters could not get enough of snooker as a professional circuit was born and a boom beckoned.

And what of the man who had started it all?

In 1978, Joe Davis took his seat in the Crucible theatre in Sheffield, the new home for the World Championship, and watched Fred, at the age of 64, compete against Perrie Mans in the semi-finals. The match was so close, so exciting, and for Davis so personally involving, that he collapsed. He died a few months later at the age of 77.

Davis would surely marvel at the sport today, at its players, administration and global reach, but he had lived long enough to see the championship to which he gave life blossom into a major sporting attraction, and for snooker itself to rise from the ashes of indifference and burn brightly in the public consciousness.

Thanks to Roger Lee for the pictures.

The post Snooker’s Struggles In The Pre-Crucible Era appeared first on World Snooker.