Strong Line Up For Last Eight

Defending champion Selby came through a marathon last-16 battle with Hossein Vafaei by a 4-3 scoreline. In a contest lasting three hours and 39 minutes, Selby came from 3-1 down to 3-3 with breaks of 56 and 84. The decider came down to a tactical exchange on the final blue, and Selby pounced on a safety error from his opponent to pot blue and pink for victory.

Three-time World Champion Selby has now won a remarkable 20 consecutive best-of-seven frame matches in Home Nations events. “I don’t know why that it, I suppose it’s my never-say-die attitude,” said Selby, who won the BetVictor European Masters last month. “I was lucky today because Hossein and Liang Wenbo both had chances to beat me.”

World number one Trump eased into the last eight with a 4-1 defeat of Gary Wilson. A comfortable victory was welcome for Trump, who had won his previous three matches 4-3 from 3-1 down. 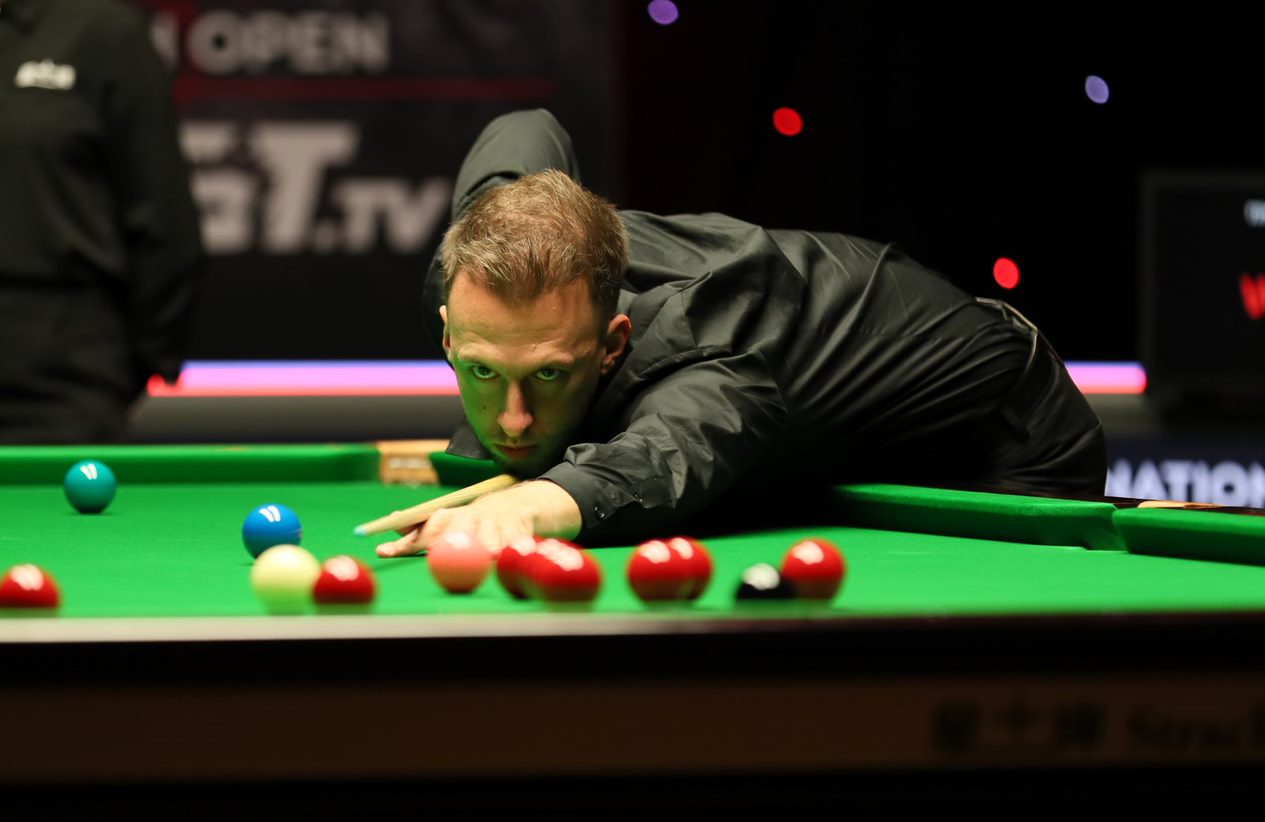 A break of 70 gave Trump the first frame before Wilson levelled with a 124. Trump regained the lead with an 89 then Wilson looked set to level again until he missed a tricky black on 63. That proved a turning point as Trump doubled a red to a centre pocket to set up a 66 clearance, before sealing victory in frame five with a 76.

“It was nice to play well. Gary put me under a bit of pressure but I didn’t miss a lot,” said Trump, whose last title came at the Gibraltar Open in March. “I didn’t play well in my first three matches but I feel I’m playing my way into the tournament.

“The double I went for in the fourth frame, I don’t know if I would have played that if there had been a crowd there. I’m so relaxed out there I don’t really care, I just go for everything. It feels a bit like playing an exhibition. I’m sure some of the others are playing for their life, but for me it just feels like practising.”

Robertson top scored with 90 and 91 in a 4-2 defeat of Barry Hawkins. “It was a good match and I struck the ball very nicely,” said Robertson. “It’s fantastic for the tournament to have such a good quarter-final line up and the European Masters last month was similar. People must have wondered how the lack of crowds would affect the results, but the best players always rise to the top.”

The Australian now meets Robbie Williams, who reached the quarter-finals of a ranking event for the third time – and the first on UK soil – by beating Anthony McGill 4-1.

Four-time World Champion Higgins compiled breaks of 68, 66 and 67 as he beat Ding Junhui 4-1. His next opponent is either Matthew Stevens or Jak Jones.