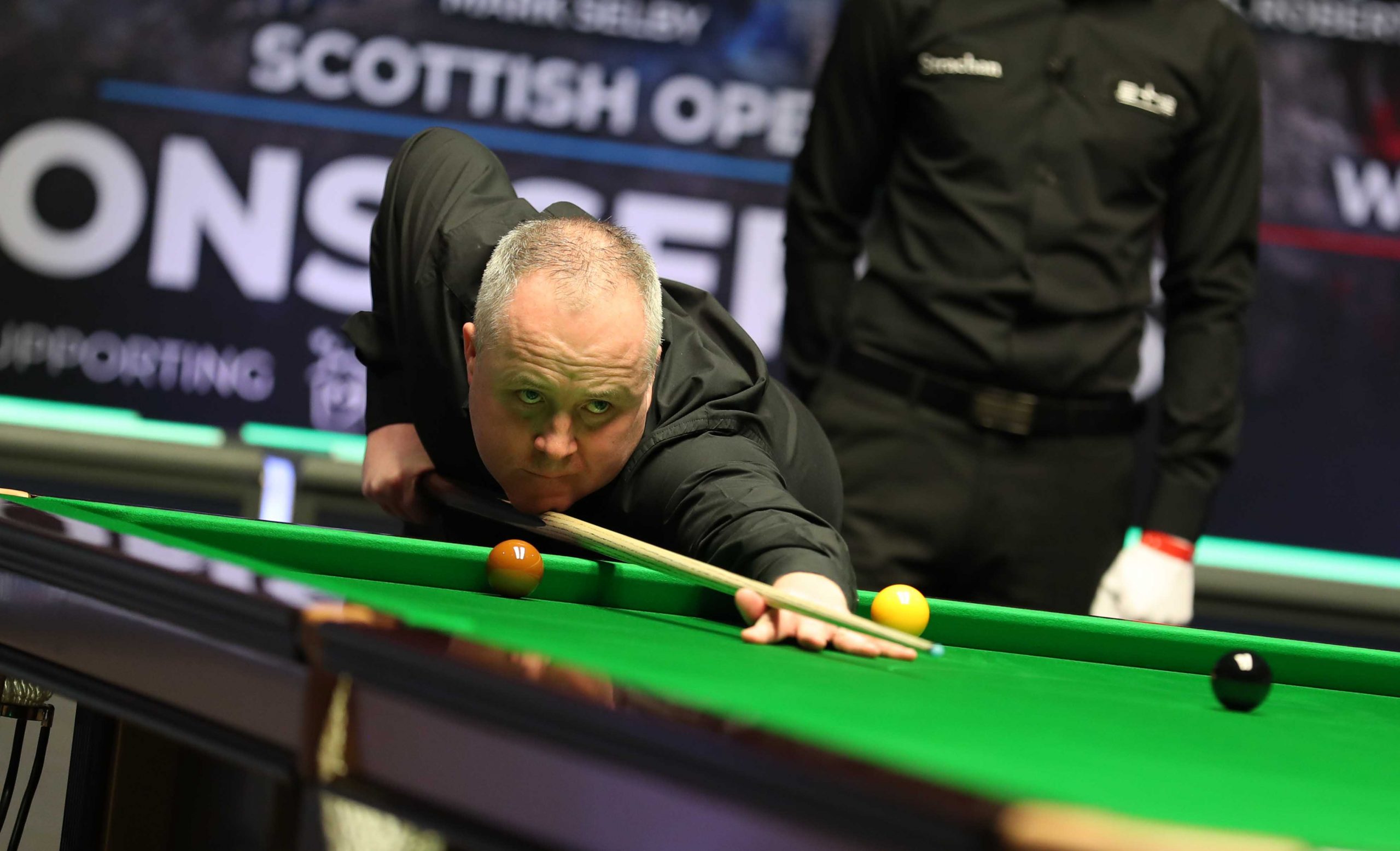 John Higgins thrashed Daniel Wells 4-0 to reach the second round of the Matchroom.Live Northern Ireland Open.

Higgins has showed signs of finding his best form so far this season, most notably with a run to the semi-finals of the English Open, where he was narrowly beaten by Judd Trump.

Scotland’s four-time Crucible king took a hard fought opening frame, before a stunning break of 144 saw him double his advantage and lead 2-0.

Further contributions of 51 and 54 helped Higgins to wrap up the 4-0 victory. Next up he’ll face Northern Irish amateur Patrick Wallace.

After the match Higgins talked of his delight in both his performance and Scotland Football Team’s victory over Serbia last Thursday night, which saw them qualify for the postponed Euro 2020.

Higgins said: “I’m really happy to beat Daniel, he is a top player and has been to the semi-finals of one of these events before. It was a big first frame, Daniel could have nicked it but I managed to win it. I had the 144 in the next frame and that put him on the back foot.

“That was the best feeling ever on Thursday night. What a boost for the whole nation. The boys were incredible, especially picking themselves up off the floor when Serbia equalised in the 90th minute. For them to get through has lifted the whole nation. All of the Scottish boys down here have smiles on their faces.”

Allen is riding high following victory at the recent Champion of Champions. The Pistol defeated Ronnie O’Sullivan, Judd Trump and Neil Robertson on his way to lifting the prestigious invitational title.

This evening Allen continued his rich vein of form with breaks of 94, 111 and 125 on his way to victory. Allen faces Robert Milkins up next.

Stuart Bingham came through with a 4-1 defeat of Oliver Lines. The 2015 World Champion composed runs of 72 and 74 during the tie. The Basildon cueman now plays China’s Zhao Jianbo.

Elliot Slessor defeated Li Hang 4-1 to set up a second round clash with World Champion Ronnie O’Sullivan. Slessor currently enjoys a 2-0 head-to-head lead over the Rocket.