Alexander Ursenbacher became the first player from Switzerland to reach the Crucible as he beat Andrew Higginson 10-8 in the final qualifying round of the Betfred World Championship. 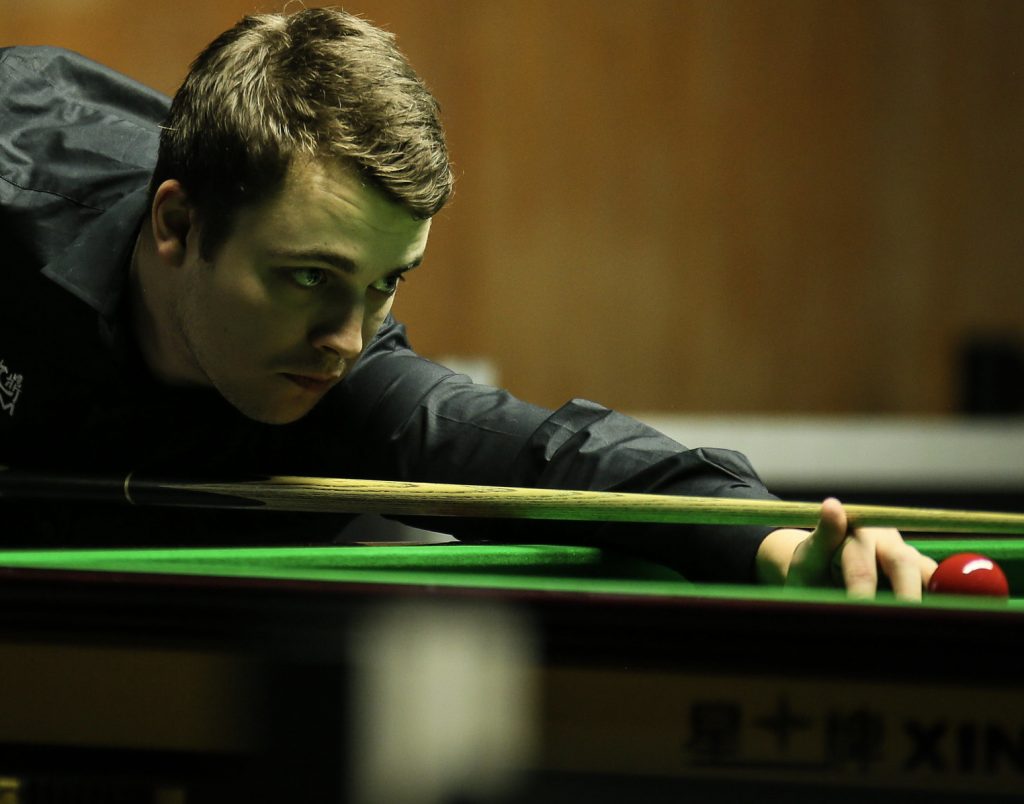 World number 86 Ursenbacher saw a 6-2 lead cut to 9-8 but got over the line by taking the 18th frame on a respotted black.

The 24-year-old from Rheinfelden will make Switzerland the 19th country to be have been represented by players at the Crucible, when he competes in the main event which runs from July 31 to August 16.

“To be the first ever Swiss player at the Crucible is absolutely amazing,” said former English Open semi-finalist Ursenbacher, who knocked out Gary Wilson in the previous round. “I have always wanted to play at the home of snooker.  I’m surprised at how well I handled the pressure in the end.

“I don’t care who I draw, I just want to go there and play and enjoy it. I just hope I don’t start crying. I am holding the tears back now, that’s how much it means.”

Two other players earned a Crucible debut: Elliot Slessor and Ashley Carty. World number 69 Slessor scored a superb 10-3 win over Martin O’Donnell. From 3-1 down, Slessor won nine frames in a row with a top break of 111. 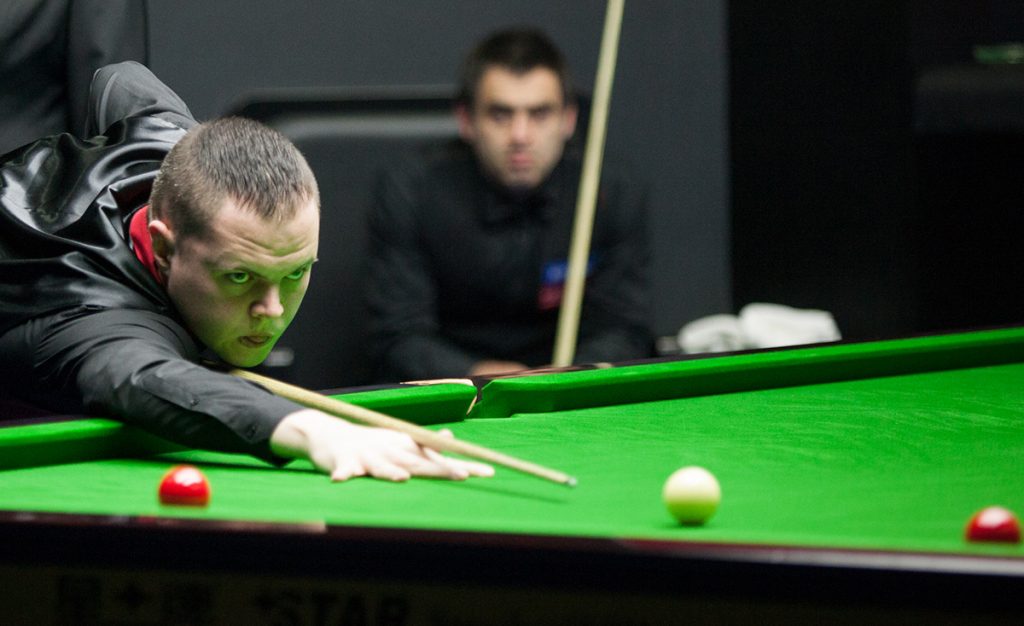 Slessor, age 25 from Gateshead, is hoping that Wednesday’s draw pits him against Ronnie O’Sullivan, a player he has beaten in both of their previous meetings.

“I want another crack at Ronnie,” said Slessor. “A lot of players wouldn’t want to draw him but given that there will be spectators there, I want to play the main man on the main stage. If I turn up and play well I’ve got every chance.”

Before the qualifying rounds started, Slessor’s fiancé Stephanie insisted that if he made it to the Crucible they would have to make plans for their wedding. “We had a deal,” said Slessor who is now guaranteed £20,000. “She’ll be over the moon. She won’t be bothered about the snooker, she’ll just be happy to be able to start booking the wedding.”

Carty led Robert Milkins 9-4 before losing four frames in a row, but breathed a sigh of relief after taking a scrappy 18th frame for a 10-8 success. The world number 82, age 25, had never previously won a match in the qualifying event but is now through to the last 32 and will be considered the local favourite as he comes from nearby Rotherham.

“I have never felt so much pressure in my life,” said Carty, who needed to win the match to keep his tour card. “I had a few chances from 9-4 but got a bit twitchy and started to think if I lose this I’ll be devastated and I’ll have to go back to Q School. It was the biggest match of my life by a mile. I just had to pull myself together in the last frame.” 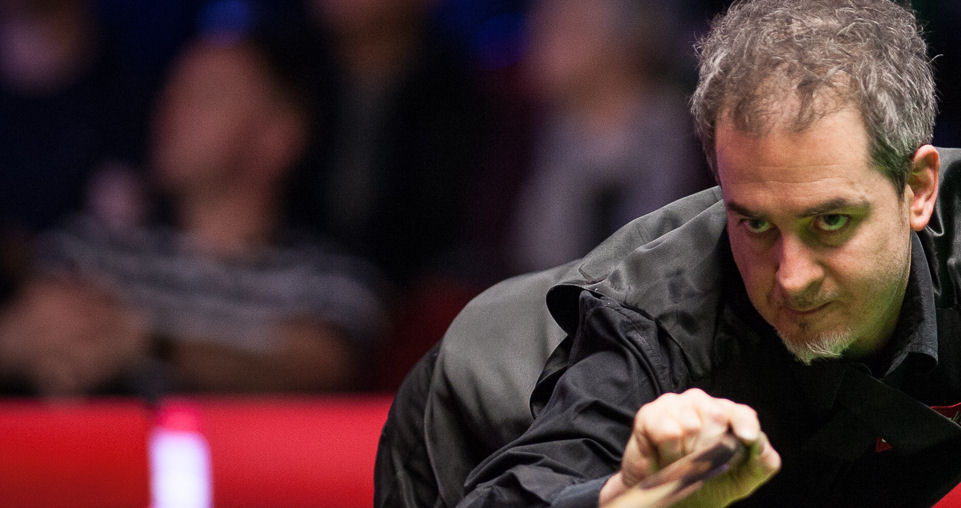 Veterans Anthony Hamilton and Alan McManus, both aged 49, showed that age is no barrier to success as they both booked a place in the main draw. Hamilton has played at the Crucible 12 times before, most recently in 2008. He earned his return with a 10-5 defeat of Scott Donaldson, pulling away from 5-5 to take the last five frames with a top break of 131.

“For years, playing at the Crucible was part of my life, and now I have been 12 years without it,” said Hamilton. “My game is not good but I have a great attitude. I just aim to have the best attitude in the room, because I have to make up the difference somehow.”

McManus saw off Louis Heathcote 10-5 with a top break of 96. “The old timers are back,” joked McManus, who reached the semi-finals at the Crucible in 1992, 1993 and 2016. “Even without a full crowd it’s still going to be awesome. I found a little something in my game tonight which might help me. I might be able to upset one or two – we’ll see.”

Norway’s Kurt Maflin earned his second trip to the Crucible with a 10-1 thrashing of Matthew Selt, his top break 103. “It will mean more to me this time,” said Maflin. “The first time, you just try to take it all in. The second time I will appreciate it more, because I haven’t been there for five years and I have put a lot of work in over the last few weeks.”

Thailand’s Noppon Saengkham also booked a second trip to the Theatre of Dreams with a resounding win as he beat Eden Sharav 10-2 with a top run of 82.

The other eight matches in the final round are on Tuesday – click here for the match schedule. And there are still limited tickets available for the Crucible – for details click here.