Taylor Made Up For Waterfront Appearance 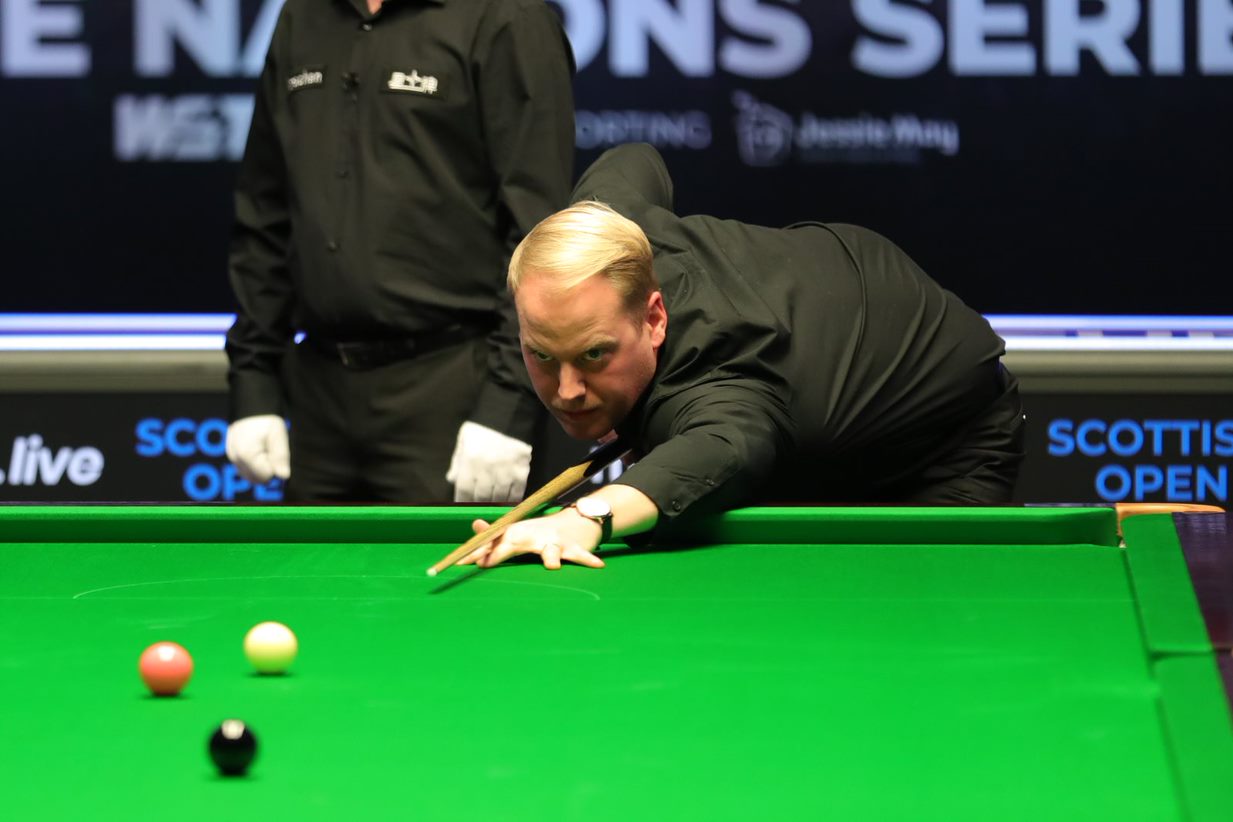 World number 75 Allan Taylor is relishing the chance to swap the microphone for a cue and step out at Belfast’s iconic Waterfront Hall as a player at the upcoming BetVictor Northern Ireland Open.

After suffering relegation from the circuit after the 18/19 season, Taylor spent a year working as the MC for the Home Nations Series and introduced Judd Trump and Ronnie O’Sullivan for a classic final at the Waterfront Hall. He can’t wait to make the walk as a competitor.

Having negotiated the Challenge Tour Playoffs to earn a return to the circuit in 2020, this is the second season in a two year tour card. The Liverpudlian has work to do in order to ensure he maintains his professional status, but he is keen to remain focussed on the positives for the time being.

Taylor has enjoyed a strong start to the current campaign, having come through  a qualifying round for the Northern Ireland Open and whitewashing seven-time World Champion Stephen Hendry 4-0 to qualify for the BetVictor Scottish Open. He also made the last 32 of the British Open.

Allan, how would you assess your start to the season?

“I’m happy with how it’s going. It is about trying to find the right balance between work and home life for me at the moment. We’ve just moved house and bought one that needs to be renovated. I’m trying to juggle four or five different trades coming in and out of the door and then slot in the snooker. I’m pretty settled now though as I am finding the time for that practice and putting every spare minute that I can on the table. It is my safe place in the snooker unit really, I can get away from the stress of the house and just play. There are a lot of little decisions that need to be made and you kind of need to be on site. I’m enjoying it as well as it is something new for me. It will all be nice when it is done so I am looking forward to that.”

How much did you enjoy the chance to play against and beat Stephen Hendry in your recent encounter?

“He was one of my heroes growing up and is a prolific winner. His record speaks for itself and he will always be in the conversation for the greatest. I am under no illusions that he isn’t in his prime, but if you play the name and not the match you will be bang under it. I’ve been guilty of doing that myself in the past. It all boils down to having that bit of experience. I’ve dipped into the amateur game and now coming back to the professional stuff you see the game from a different perspective. If you are comfortable in your own skin in that environment then it doesn’t matter who is in the chair against you.

“I was enjoying the way I was hitting the ball that week so I relished walking out there to face him. You are getting a proper game and he is trying 100%, but at the same time I was focussing on myself. To have beaten Jimmy White 3-0 in the British Open and Stephen Hendry 4-0 in the Scottish is pretty cool. If someone had said to me at seven years of age, that I would beat those players without dropping a frame, I’d have thought they were talking nonsense. You can’t get carried away in this sport though, as a run of form can end in a heartbeat. It was nice to play well in those games and not fudge myself over the line. You want to show your best game against them.” 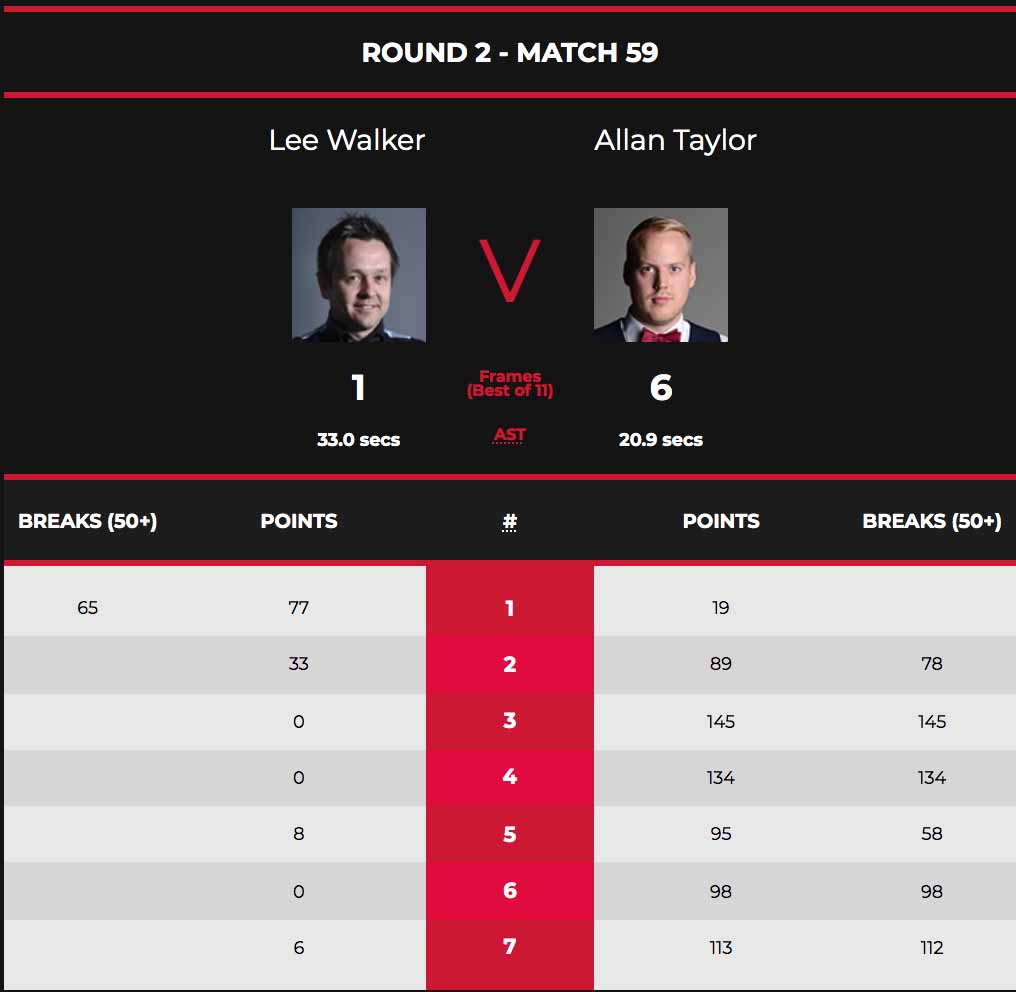 Do you feel under greater pressure to not be dragged into another tour survival situation having come back from relegation before?

“In previous years I think I have probably been guilty of not putting enough emphasis on it early on in the season. I think the way I got back on, winning the playoffs and having that spell in the worlds was important. I won that game with Lee Walker and I don’t think I’ve played that well before then or since. I was in a nice place there and almost on a free roll after winning the playoffs. I’m trying to take that mentality towards the games. I know what I need to do with the tour survival chat, but I am more settled and trying to let it deal with itself and not stress about it.

“As much as I enjoyed working with you guys doing the MC stuff, it was hard for me to be introducing lads out on the carpet when I wanted to be introduced myself. As much as I put my all into that job, I wasn’t putting my cue down. Towards the end of the events I was getting sessions in against Jimmy White backstage, when there were gaps in my work and his TV studio work. I never stopped practising and that was a motivator. I enjoyed every second, but it is a better feeling when you are out there, hitting the ball well and winning matches. If I can leave that until retirement and focus wholeheartedly on potting balls, that is my aim.” 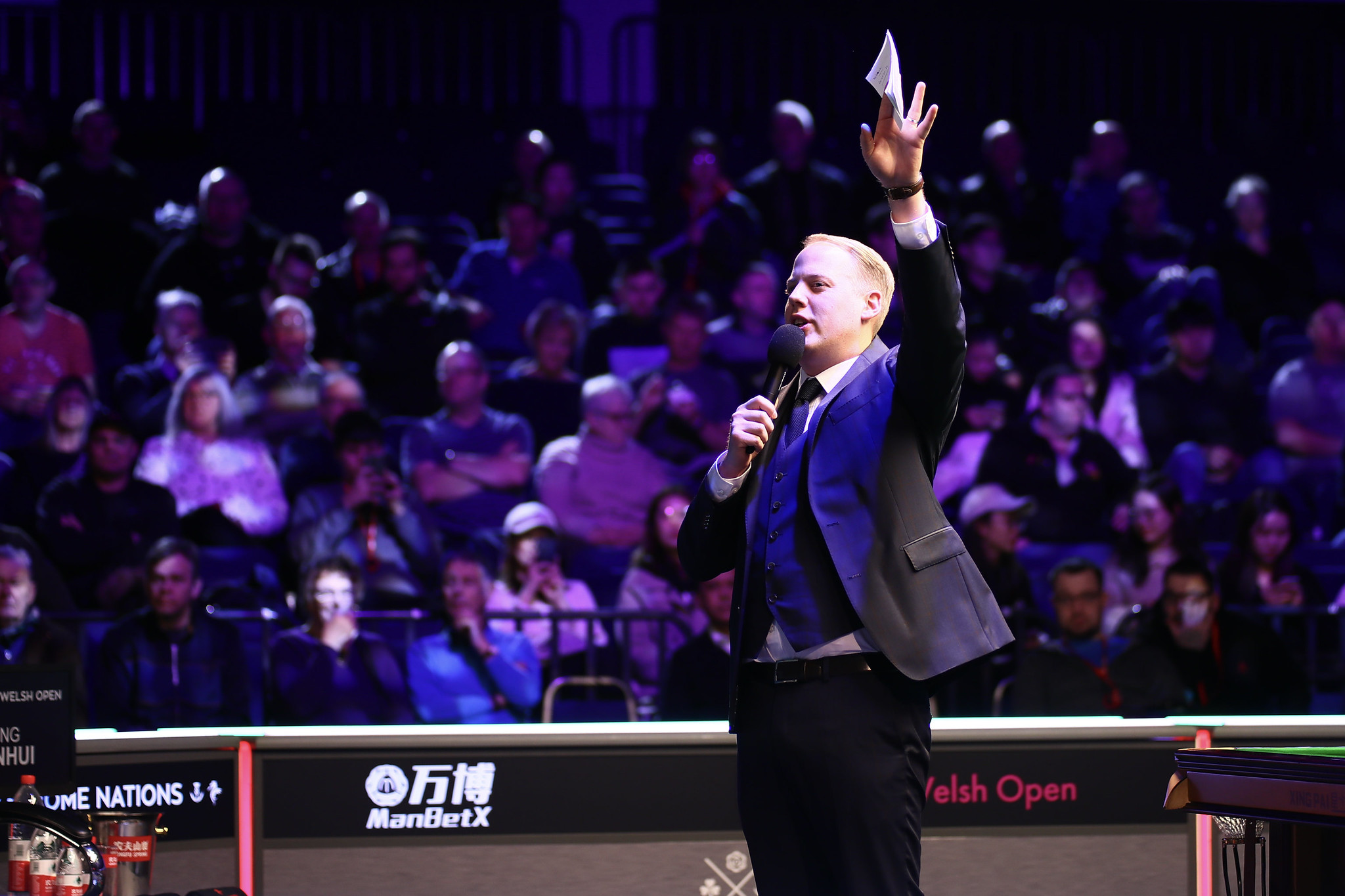 How much are you looking forward to competing at the Waterfront Hall?

“The Waterfront Hall is one of my favourite venues, even though I haven’t played in the main arena yet. I was MC for Judd Trump and Ronnie O’Sullivan facing each other in the final. Even just warming up the crowd was incredible. The roar from the 1,200 people sent shivers up my spine. It will be nice to walk out there with a cue in my hand. I think it will actually be less nerve wracking than doing the MC stuff. It will be nice to play in another Home Nations event. Now there are qualifiers you aren’t guaranteed to play in them all. It was bittersweet for me as I beat my friend John Astley to qualify. We both knew we had a job to do and I was lucky to get over the line.”

Do you believe there is a deep run in you where you could contend for a title this season?

“You can always pick out things like Jordan Brown winning the Welsh Open. He enjoyed himself, played some hard matchplay snooker, produced when the time was right and come out with the trophy. He was never favourite, but in his mind it will always have been possible. That will be the same for a lot of players, myself included. You know you are capable of doing it. It is just a matter of when that moment comes can you deal with it? Those of us who haven’t had that moment yet can never know. You just have to stay as positive as possible and let it all happen.”