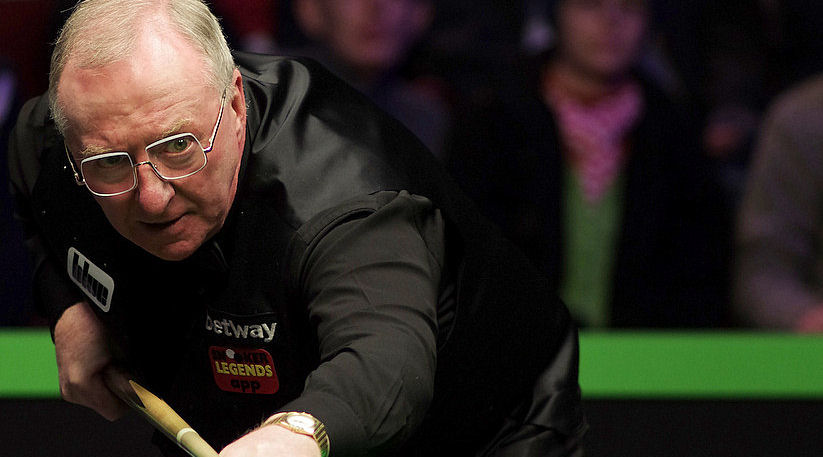 It’s 35 years since snooker’s most iconic moment, when Dennis Taylor defeated Steve Davis 18-17 on the last black in the 1985 Crucible final.

With this year’s Betfred World Championship on hold due to the Coronavirus outbreak, Taylor has been looking back on what makes the Crucible so special in an interview featured on Betfred’s exclusive Punters’ Guide Podcast.

Current BBC commentator Taylor said: “Sometimes a match finishes early and I’ve been out there doing an exhibition entertaining people. There are only 970 odd people there and you don’t need a microphone. Everybody is right on top of you. Some players don’t like it when they first go to the Crucible. I remember John Higgins originally hated the place and he grew to love it. When there are two tables it is very claustrophobic. I often say that when there are two tables, the people in the front row could nearly reach out and play the shot for you. There aren’t many sports where people can get that close. Every player’s dream is to get to the one-table situation and lift the world title.

“Steve Davis, myself and John Virgo have been doing shows in theatres, where we re-enact the last shots of the 1985 final. Steve is wonderful the way he handles everything. He didn’t talk much about it for a couple of years after it happened. We both realize now that we were involved in a piece of snooker history, we didn’t at the time. It is 35 years on and people still remember that one. I was just very lucky to have been involved in snooker history.

“It looked like it was all over after the first session. The BBC thought it was going to be one of the worst finals we had ever had. I was 7-0 down and then lost the first frame in the evening. I was 9-1 behind, but won the last six frames of that first evening’s play. I was playing really well. I didn’t do anything wrong in the first session, Steve was just playing really well and dominating as he had done throughout the 80s. It was an unbelievable climax to come back and finally win on that last black. You couldn’t have wrote a script for that.

“BBC commentator Jack Karnehm was the person that made my upside down glasses. His family business was making spectacles, he made the pair that I won the World Championship with. I wouldn’t have won it without Jack making those glasses for me.”

Catch up with Taylor in the full interview by clicking below.