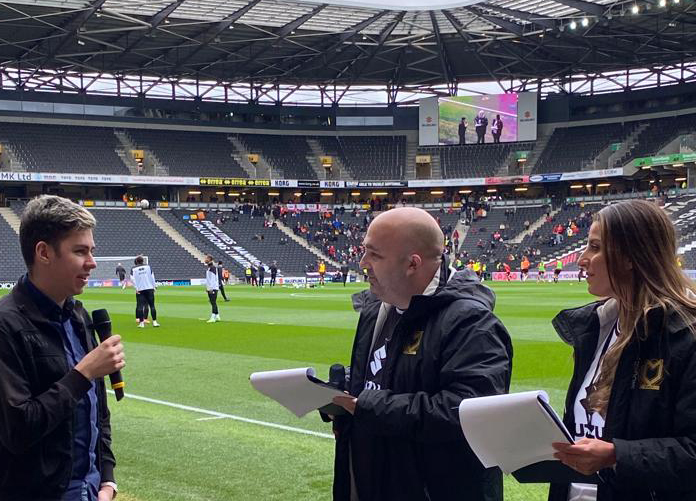 How many snooker players have performed a live rap song in a 30,000 seater stadium?

Peter Devlin – we’re pretty sure – became the first today when he entertained football fans at Stadium MK in Milton Keynes ahead of MK Dons’ game against Rotherham.

World number 81 Devlin took part in a live pitch-side interview with MKFM Radio before the League One fixture. Inevitably, the 25-year-old Londoner was asked to sing one of his trademark snooker-themed raps, and performed it without a slip, drawing cheers and applause from the crowd.

Devlin will be competing in the BetVictor English Open in the Marshall Arena at the same venue – the tournament runs from November 1 to 7. He beat Matthew Stevens in the qualifying round to set up a match with Thepchaiya Un-Nooh.

That’s a chance for Devlin to gain revenge on Un-Nooh for ending his hopes of the high break prize in the BetVictor German Masters.

In all there will be over 70 players in the field in Milton Keynes, including Judd Trump, Ronnie O’Sullivan, Mark Selby, John Higgins, Neil Robertson, Mark Allen and Stephen Hendry. Tickets start at just £10 – for details click here.