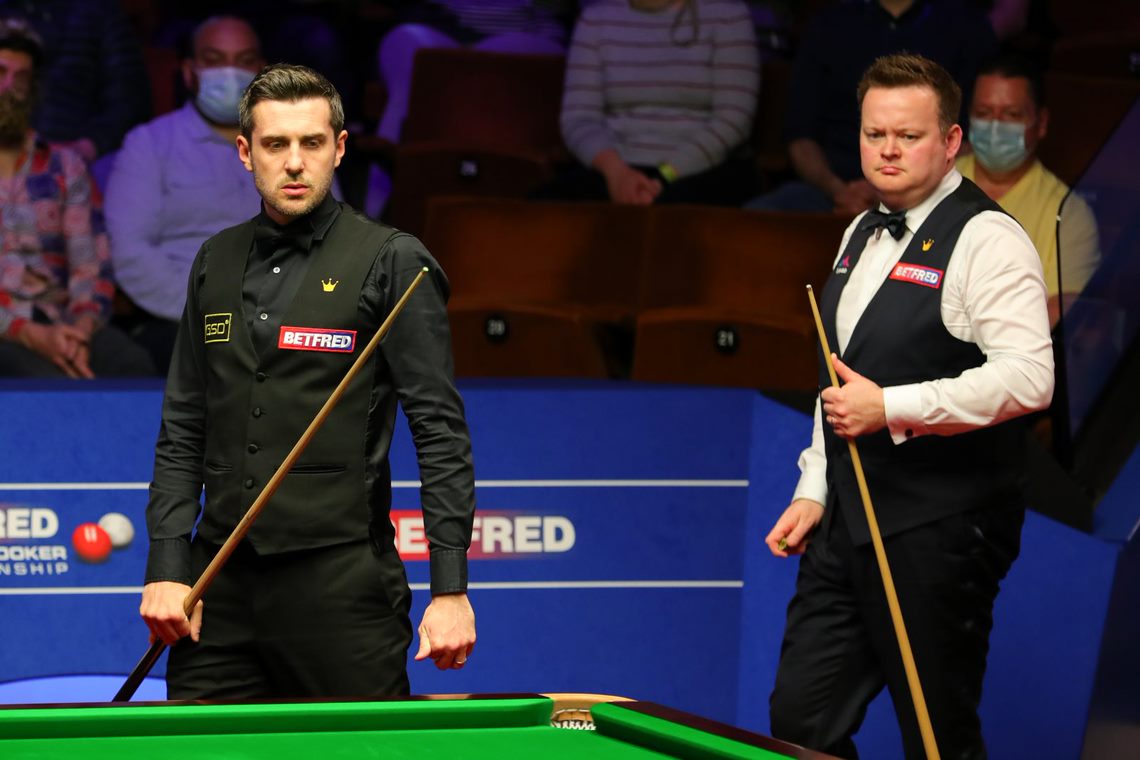 Murphy will meet Selby in Leicester for a repeat of the Crucible final.

Shaun Murphy has penned his second entry to the Magician’s Diary. The Triple Crown winner is getting ready for a blockbuster repeat of the Crucible final with Mark Selby, which he lost 18-15. The pair face each other in the opening round of the matchroom.live British Open next week.

It feels great to have got some competitive snooker under my belt at the Championship League and I’m very excited to be up and running with the season. I have to admit, since speaking to you last, I have found it quite challenging to wean myself off the four rounds of golf a week that I have been getting used to.

I had my second vaccination last week and it was a liberating feeling. In Ireland you need to have had the vaccine for access to indoor hospitality, so I will be able to do a lot more now. People’s thoughts and feelings on vaccination are a very personal issue, but having my second one felt like a significant moment for me. People seem to be more mobile and the restrictions we have all had over the last 18 months are hopefully on their way out. We’ve had three or four lockdowns, several variants and all the rest of it. Sitting here being double jabbed, along with the vast majority of people my age, does provide a bit of light at the end of the tunnel.

We have all become expert virologists. Before this nobody had a clue what the R number or any other of these phrases meant, unless you had watched the film Contagion, which basically predicted the whole thing! One of the advantages of living with my wife Elaine, is that she is a Professor and she has been able to dissect all of these things and present them to me in a digestible format, which has been very helpful.

Although I have been weaning myself off playing golf, I watched Collin Morikawa win at the Open and he was hugely impressive. He looked the winner most of the way in that final round. It’s amazing to think he has only played in eight majors and won two of them. You could see that from the way he played, he was totally fearless. All he has in the memory bank is success. I can attest to the fact that as a professional sportsman it can become harder after you encounter those difficult defeats, but at the moment he just has to ride the crest of the wave. When I watch footage of myself winning the World Championship in 2005, I am playing with a care free attitude. That is very hard to reproduce as you get older. Steve Davis always said you should play like it means nothing when it means everything, that is a very difficult thing to do, but Morikawa achieved it at the Open this year.

The British Open is coming up and I am looking forward to that. The draw has thrown up one extreme to the other for me. I’ve just faced Mark Selby in the longest match on the tour, the World Championship final, now I am going to play against him in a best of five. I certainly fancy my chances of getting to three before him more than getting to 18! I can assure you that beating Mark Selby in a race to 18 is very very hard. I’m looking forward to it as I’ve been putting in some good sessions on the practice table.

I recently travelled up to Antrim to play against Mark Allen, Jordan Brown and Fergal O’Brien. I have to admit I got absolutely annihilated by all three of them! I am hoping that has sharpened me up a bit, but it is a sign of how well they are playing. Jordan played like he did in the Welsh Open, Mark played like he does all of the time, he is practically unbeatable in Antrim, and Fergal was on great form. It’s been a long break and it is easy to lose sharpness. After success at the Championship League and a tough trip to Antrim, I’m hoping I’ve got that back now.

See you all at the British Open,