The stunning links at Trump Doonbeg.

Shaun Murphy has penned the first in a brand new series of monthly blogs. The 2005 World Champion came agonisingly close to a second Crucible crown in May, but lost an epic final with Mark Selby 18-15 at the Theatre of Dreams.

Murphy discusses that final, golf in Ireland, his thoughts ahead of the new season and much more in his first diary entry…

It’s been a very testing year in all of our lives and I know we will be living in the spectre of coronavirus for quite some time yet. Despite that, I hope we are beginning to navigate back towards a far more normal existence and I thought now would be a good time to start up a monthly blog. I’ll keep you up to date with the very latest from how I’m faring on the snooker circuit, my life in Ireland and what I’m up to away from the baize.

It has been a great summer break for me. I have to say I fell out of love with snooker for a large part of last year, until the World Championship. The difficulties I had with travel from Ireland and my poor form on the table have been well documented. However, with a bit of light shining through at the end of the coronavirus tunnel, things appear to be on the up.

Everything turned round for me at the Crucible. Coming so close to winning a second world title and losing to Mark Selby in the final made for a rollercoaster of emotions. The support I have received from the snooker family and wider public has been unbelievable. People took me into their lives and their spirits for that fortnight. I’ve been stopped by well wishers in the streets, shops, petrol stations and golf courses. I’ve really been touched by the amount of people that have said they took joy from the tournament and seeing crowds return. I think the World Championship could have really been a significant moment for the sport. To lead the way in this pandemic, as snooker has, will hopefully have brought new supporters to the game and maybe even to me. I’m very thankful for that. I can’t wait to get back to the tour, especially as it looks like restrictions are beginning to lift in the UK. 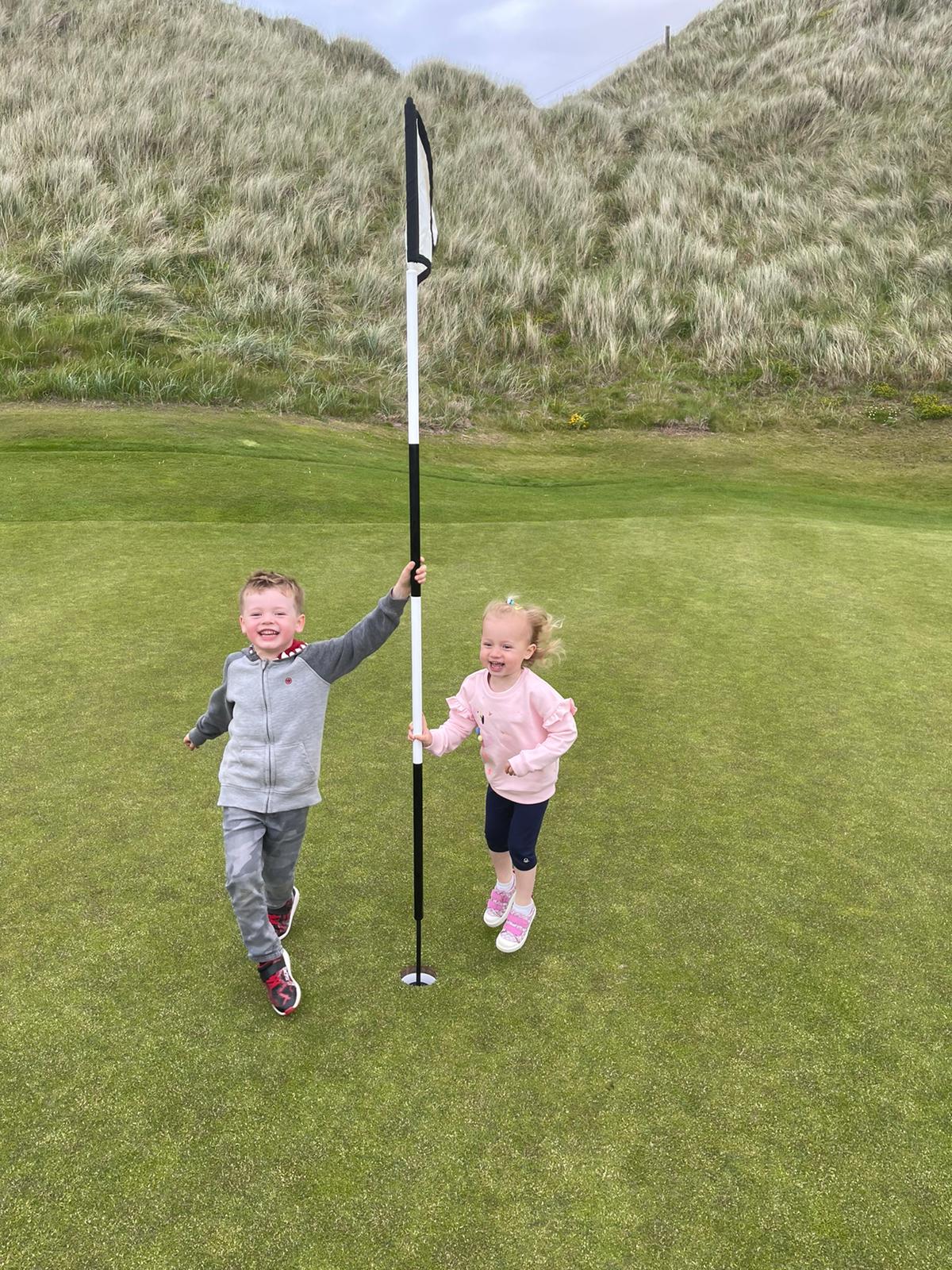 Harry and Molly having fun on the course.

The travel restrictions, as I have discussed throughout last year, are a bit different in Ireland. It has been impossible for us, as a family, to travel abroad on holiday, so we have had a few trips away closer to home. We went down to Doonbeg and stayed at the Trump Doonbeg resort. It was just a fabulous place and golf course. I managed to sneak in a game and played pretty well. However, I did have a slightly embarrassing moment on the first tee. After hitting what turned out to be my best shot of the day, the ball carried 310 yards and crashed into a lady’s bag in the group in front of us. I didn’t think it would get anywhere near them. Fortunately, most problems in Ireland are solved by a pint of Guinness afterwards and so was that one!

Doonbeg is an iconic town on the west coast of Ireland and there were some great touristy things to do as a family. We saw the Cliffs of Moher, which have been in all sorts of films like Star Wars and Harry Potter. We also stayed at Adare Manor, which hosts the Ryder Cup in 2027. For anyone who enjoys golf, it is like Disney Land. On top of that I managed to play golf at Portmarnock and Mount Juliet, which were both stunning. 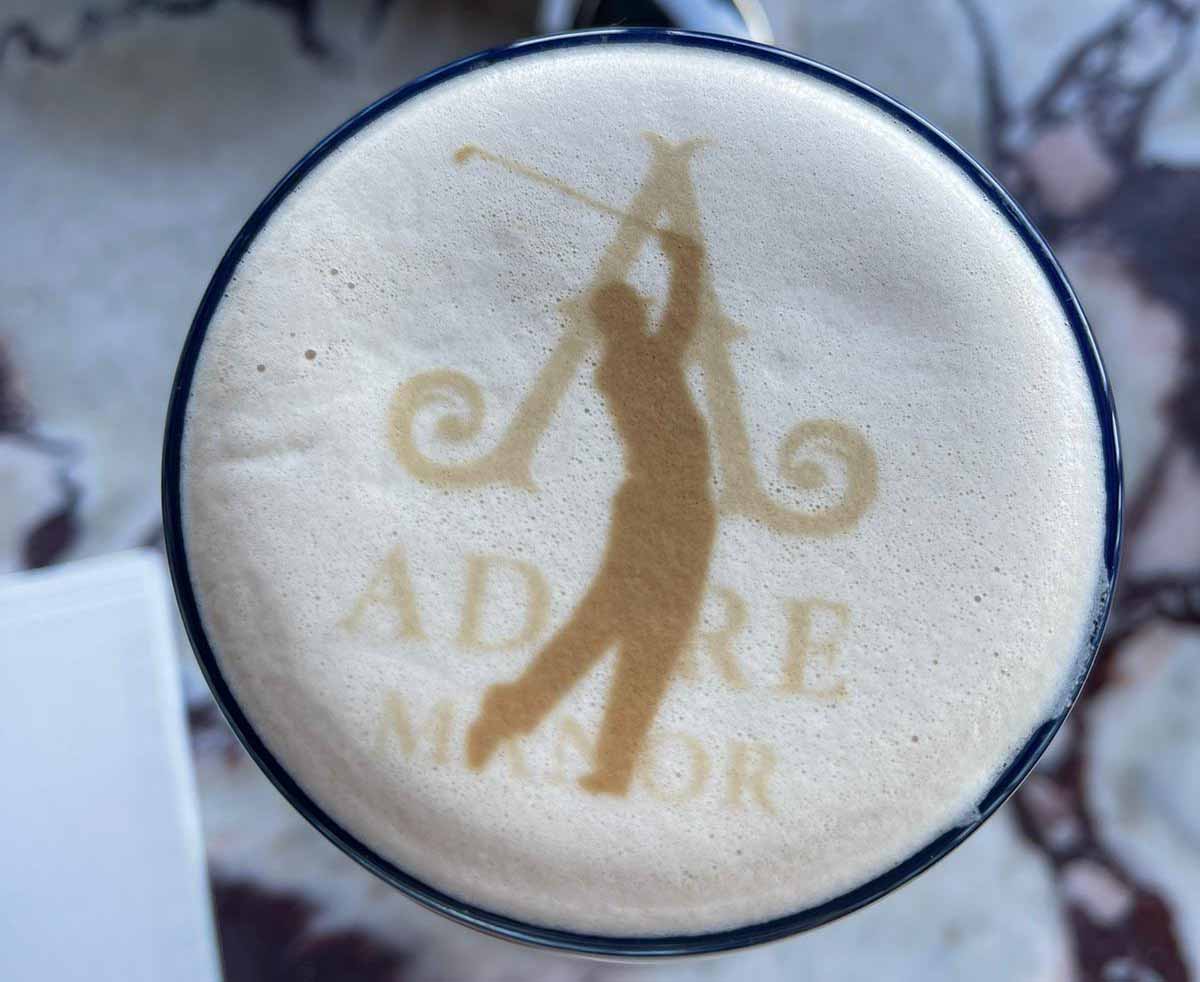 A much needed pint of Guinness after my round at Adare Manor.

It was great to start ticking a few places off, because I’ve lived in Ireland for three years now and there is still so much of it that I haven’t seen. The kids got to play together on the beaches and it was really nice to be able to start making these family memories together. Molly is still a bit young, but Harry is four now and he will remember these trips forever. He’s off to school for the first time soon and that is another thing coming my way. I’m not sure I’m ready for that. The idea of one of my children going to school is still a bit alien to me. I’m not really ready to release him into the wild yet!

I started practising again last week for the upcoming season. I play at a lovely private member’s venue called the Stephen’s Green Club in Dublin. It is a beautiful place and feels like a home within the city. The dress code has been relaxed in recent times and I’ve been wearing a jacket, shirt and chinos, but they probably still think I look like a peasant in here! There are two private snooker rooms and I have my table in one of them. I’ve got my Triple Crown trophies on display in the club for all of the members. I must add that they have been so supportive throughout the various lockdowns and have always made sure I have had access. I owe them a huge debt of gratitude and I’m very lucky to be able to call it home.

It’s been a couple of months since I last hit a ball in the World Championship final and the first day back was ropey. The stance of a snooker player is a peculiar position to put your body in. You are stretching and twisting, so I was a little bit stiff and my neck protested for a while. After that, I was straight back into it and I actually really enjoyed it. When you are genuinely looking forward to it and itching to get the cue back out, you know it is time to get back to it. I had that feeling and I can’t wait to start the season.

They say sport is all about momentum and snooker is no different in that regard. I’ll be looking to carry the momentum I found at the Crucible, even though I lost in the final against Mark. It would be great to also carry the support I had from the crowd and the public at large. I want to keep pushing on and hopefully get an early win in and secure my place at the Champion of Champions.

As ever, I’m sure the season will be full of twists and turns and I can’t wait to share those with you,