Ken Doherty will not be competing at the 2022 Snooker World Championship, which begins today in Sheffield, having been beaten by Jamaican Rory McLeod in a qualifying match.

He will be confined to the punditry arena with the BBC, giving his experienced insight into the game’s best players, and in particular Ronnie O’Sullivan.

The careers of O’Sullivan and Doherty rose in tandem during the 90ss, when Stephen Hendry dominated the world of snooker winning seven world titles during the decade.

Vying for his sixth world title in a row in 1997, Hendry was taken down in the final by Doherty, an achievement from the Dubliner which ranks among the best in Irish sporting history.

In an interview with The Daily Mail, Ken Doherty details how his practice sessions with Ronnie O’Sullivan leading up the World Championship in 1997 put him in a position to go on and win it all.

“I used to play with Ronnie O'Sullivan at the Ilford Snooker Centre. For a while we weren't practising with each other, but before 1997 I made a conscious decision and said, 'Look Ronnie, let's put our differences to one side and practise for this World Championship'.

“We played each other in a best of 19 every single day. The two of us were flying. Going there, I thought he was going to win it.”

The sessions the two men had together paid off for Ken Doherty, as he took home the title, and wrote himself into Irish and snooker lore. 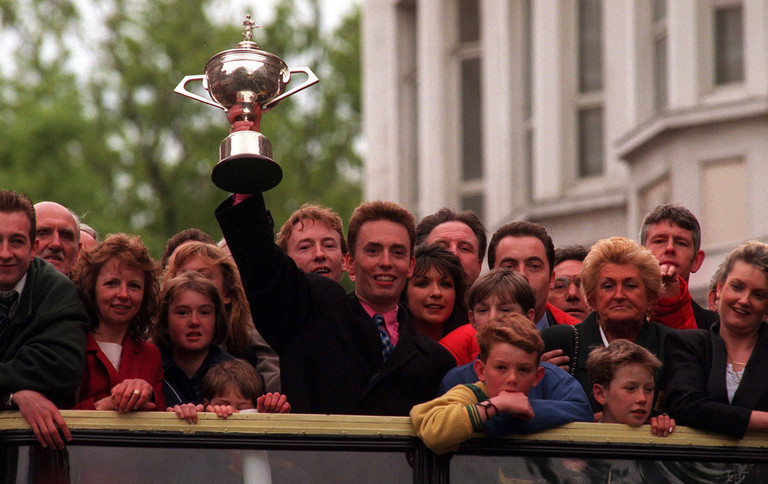 He went onto detail how the win completely changed his life, and lead to memorable events such as an open top bus tour through Dublin and an after-party of a U2 gig.

“I was at a U2 concert at Lansdowne Road and I got invited to the after party. I was brought over to meet Bono, who was talking to Michael Stipe (the REM lead singer) and Roger Taylor (the Queen drummer). As I was talking to them, I got a tap on the shoulder and it was The Edge.

“He said, 'You wouldn't come over to say hello to my mother would you?' I thought, 'For f**** sake — he's brought me out of the company of Bono, Taylor and Stipe to come over and say hello to his mother!' But he was made up and so was she.'

“I was given an open-top bus tour right through Dublin, from the airport to the city centre. I thought that was reserved for Olympic heroes or the national football team. I remember being on College Green in 1990 when they came back from the World Cup in Italy. For me to be met by thousands at the airport, the streets lined, cars beeping, it was incredible.

“It shows the impact it had on the whole country. I stopped crime in the city of Dublin for three hours!' he grins. 'The chief of police told me that between the hours of 7pm and 10pm, when I was playing on the Monday night, they didn't have one phone call until I lifted the trophy.”

They were heady days but this year Ken Doherty will have to resign himself to a spectator/punditry role as Ronnie O’Sullivan vies for his seventh World Championship to equal Hendry’s record. 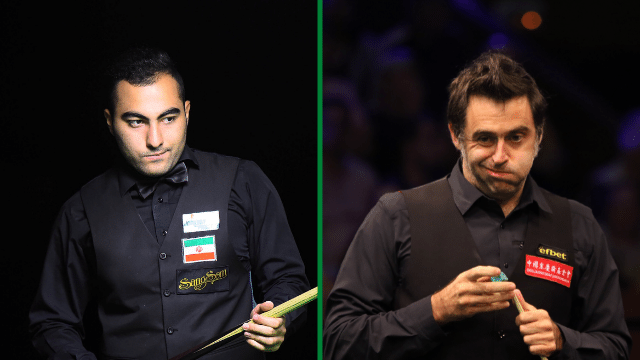