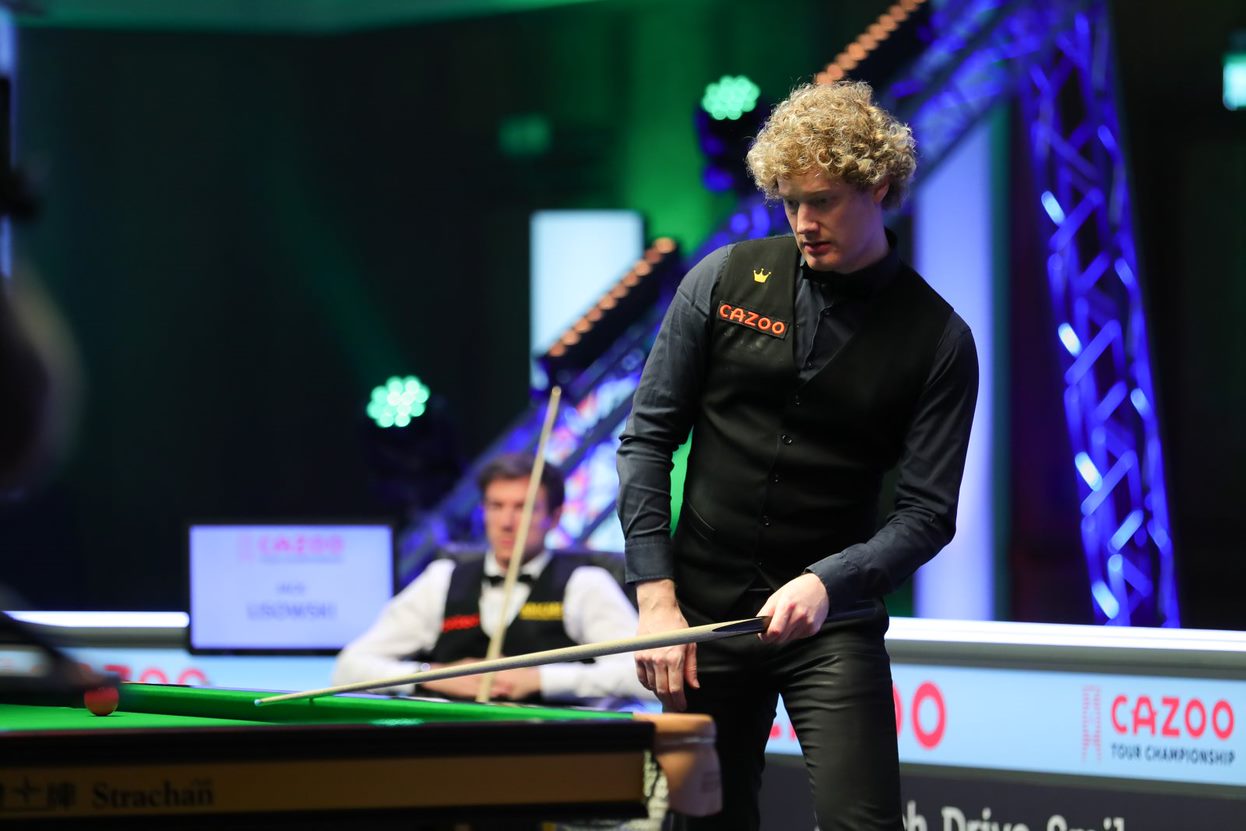 Neil Robertson blitzed to a 10-5 defeat of Jack Lisowski to book his place in the semi-finals of the Cazoo Tour Championship at the Celtic Manor Resort.

The Thunder from Down remains undefeated against six-time ranking event finalist Lisowski and now leads 5-0 in the head-to-head record between the pair.

This evening’s victory is a welcome one for 19-time ranking event winner Robertson. The Australian had a fine first half of the season, capturing the UK Championship title in December. However, he had been victorious in just one game since then before this evening, having pulled out of the Scottish Open and Welsh Open and decided against entering the WST Pro Series.

Lisowski will now turn his attention to next month’s World Championship. The Gloucestershire cueman has enjoyed a strong season, but has lost all three of his final appearances during the campaign. Lisowski has runner-up to world number one Judd Trump at the World Grand Prix, German Masters and Gibraltar Open.

Robertson carried a 6-2 advantage into tonight after an impressive end to the afternoon session, which saw him claim four frames on the bounce from 2-2.

It was Lisowski who started strongest this evening, after taking the opener, he fired in a break of 95 to pull within two at 6-4.

Robertson then stopped the Lisowski charge in its tracks with a break of 56 and added the following frame to head into the mid-session 8-4 ahead.

When they returned Robertson moved one from victory with a century run of 121. Lisowski then responded with a superb total clearance of 129. However, Robertson wasn’t to be denied and captured the 15th frame to run out a 10-5 victor. He now faces either Mark Selby or Kyren Wilson in the last four.

Robertson said: “I thought the way I finished off the first session was excellent. I knew Jack would have some kind of response, he maybe thought he was out of the match until he got a few more frames on the board.

“I was prepared to pounce on any kind of mistake he made. That is probably the next thing he has to do with his game, find that killer instinct. He can fly in matches against lesser opponents. It can take for him to go far behind against top players, before he relaxes and starts taking his chances.

“I feel really good. Some of the events I didn’t enter I felt as though I wasn’t going to give them 100%. I played really well in that, but ran into Kyren playing fantastically. I had no complaints and it was back on the practice table to prepare for this one and it was good to see my preparation paid off.”