Tian Pengfei and Li Hang are the final two players to advance to Stage Two of BetVictor Championship League Snooker, after topping dramatic groups at Stadium MK on Monday.

Tian made a 122 in the final frame of his last match, against Noppon Saengkham, and that proved to be the pivotal tie-breaker as he finished top of the group with an identical record to Robbie Williams, against whom he’d earlier drawn 2-2 in the Group 31 opener.

Oliver Lines looked in fine form as he sealed a 3-0 win over group seed Saengkham with a 122 break for a 3-0 win. Williams then got his second draw of the group, against Saengkham, and the fourth match also ended with a share of the spoils as Tian and Lines took a point each.

That meant any one of three players could still advance. Lines needed a point, while a 3-0 win would be enough for Williams. In the event that the match ended 3-1 in Williams’ favour, he’d need to equal Tian’s high break of 122 to advance.

The Merseyside man came agonisingly close to doing just that as he levelled the match at 1-1, but missed the yellow on 111. Williams did go on to win 3-1, but without that high break it was Tian who progressed.

On table two, 15-year-old Iulian Boiko became the youngest ever professional to win a frame on tour as he earned a 2-2 draw with John Astley, before Li registered consecutive 3-1 wins; first against Alex Borg before he then defeated Boiko. 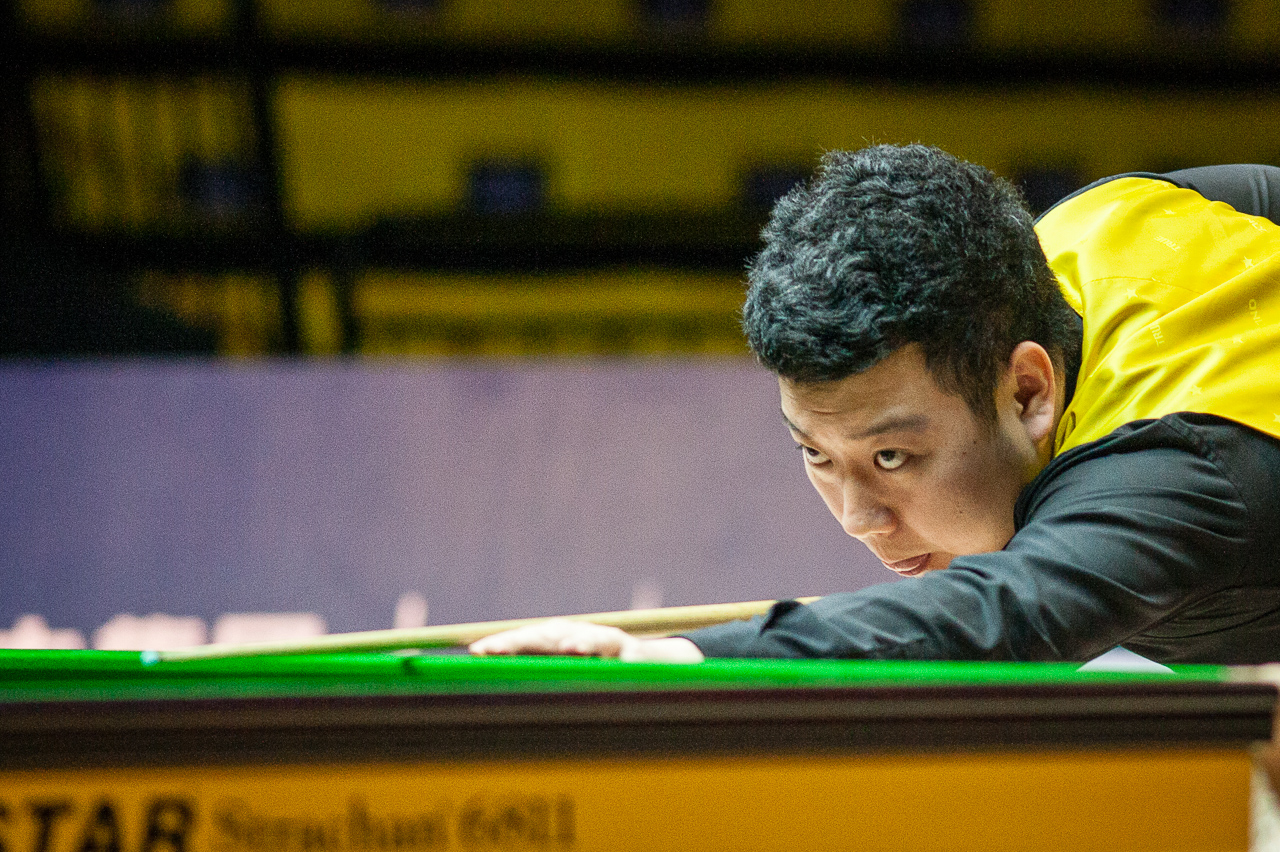 That put Li in pole position but when Astley beat Borg 3-1, the north-east man forced the group to its final match, but he’d need to beat Li to progress.

However, the 30-year-old from China took the first two frames against Astley to secure at least a draw and book his place alongside Mark Davis, Joe Perry and Tian in Group H of Winners’ Week, before he eventually won 3-1.

BetVictor Championship League Snooker returns for Winners’ Week from October 26-30. Coverage of both tables will be available at Matchroom.Live, with UK television coverage on Freesports.