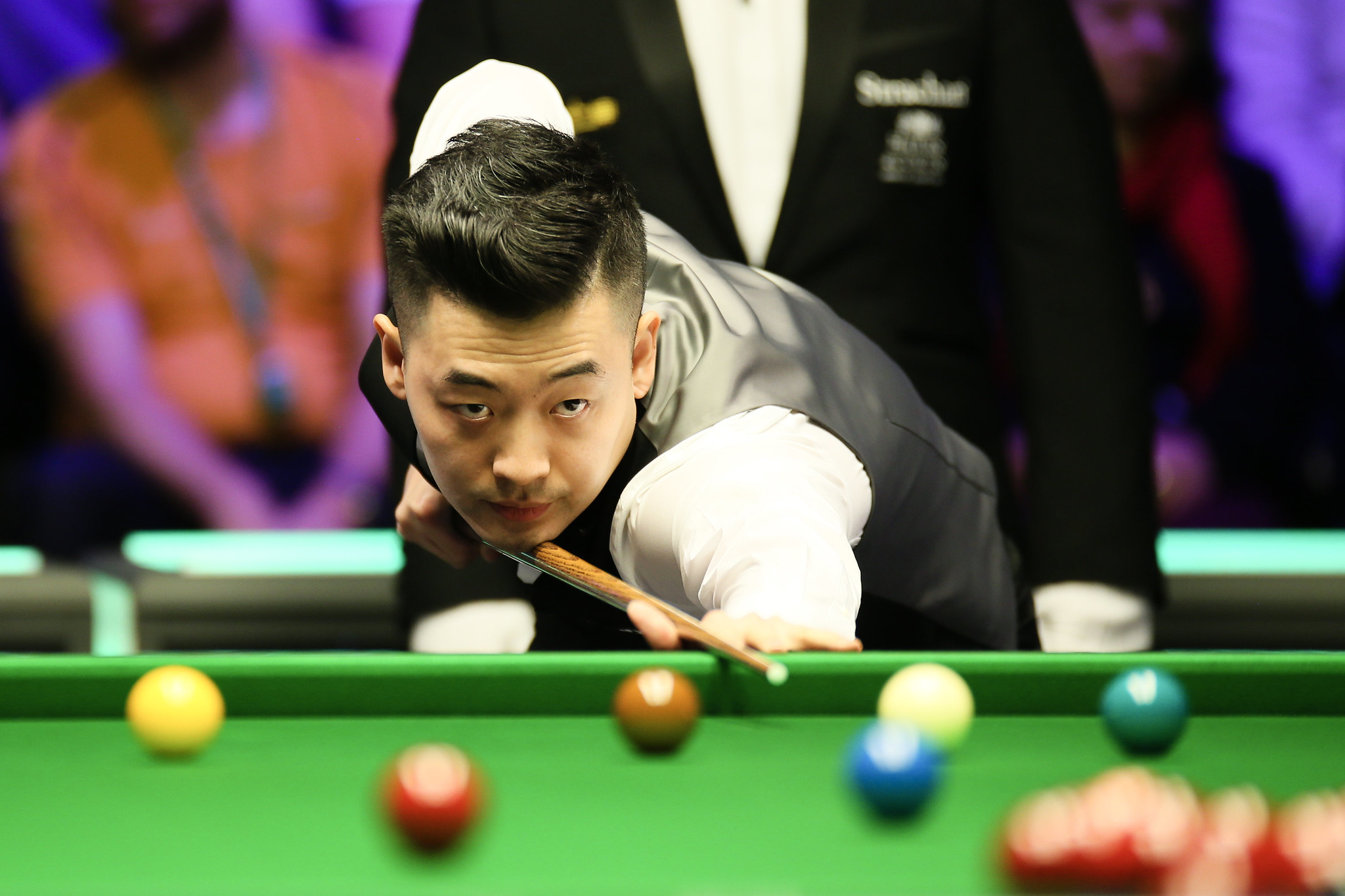 World number 53 Tian Pengfei is just two frames away from a second Crucible appearance, leading 2006 World Champion Graeme Dott 8-1 after the first session of their final round meeting at Betfred World Championship qualifying.

All of today’s best of 19 matches will be played to a conclusion from 5pm, with the winners qualifying for the final stages at the Crucible. Watch live on our Facebook and YouTube channels, as well as the Eurosport app.

Dott was defeated on Judgement Day in 2020 and has it all to do if he is to avoid the same fate this year. Tian qualified for the first time in 2019, defeating Matthew Stevens 10-8 in the final round.

Tian produced a blistering display in today’s first session. The Chinese cueman fired in breaks of 82, 108, 110, 78, 67 and 114 on his way to securing a commanding advantage.

Liam Highfield has edged to a slender 5-4 lead over world number 17 Zhou Yuelong. A crucial break of 51 saw him take the ninth frame and lead heading into tonight.

Jamie Jones established a 7-2 lead over Li Hang in his quest to secure a first trip to the Crucible since his return to the World Snooker Tour this season. The Welshman made two century runs of 100 and 103 in the first session.