“Marco owns a small piece of history as he was the first player to have a 147 live on the internet, he made it at the Scottish Masters in 2000. Right from the word go Marco has been a great break builder. He made over 50 centuries in his first two seasons as a professional, which was extremely rare at the time. When he won the Scottish Open in 2016, he made 11 hundred breaks over the week. To compile that many centuries in a tournament which is made up predominantly of best of seven matches was amazing.”

“Ever since he emerged on the circuit it was quite apparent that Ding’s game was built around scoring, but it was a different kind of scoring. 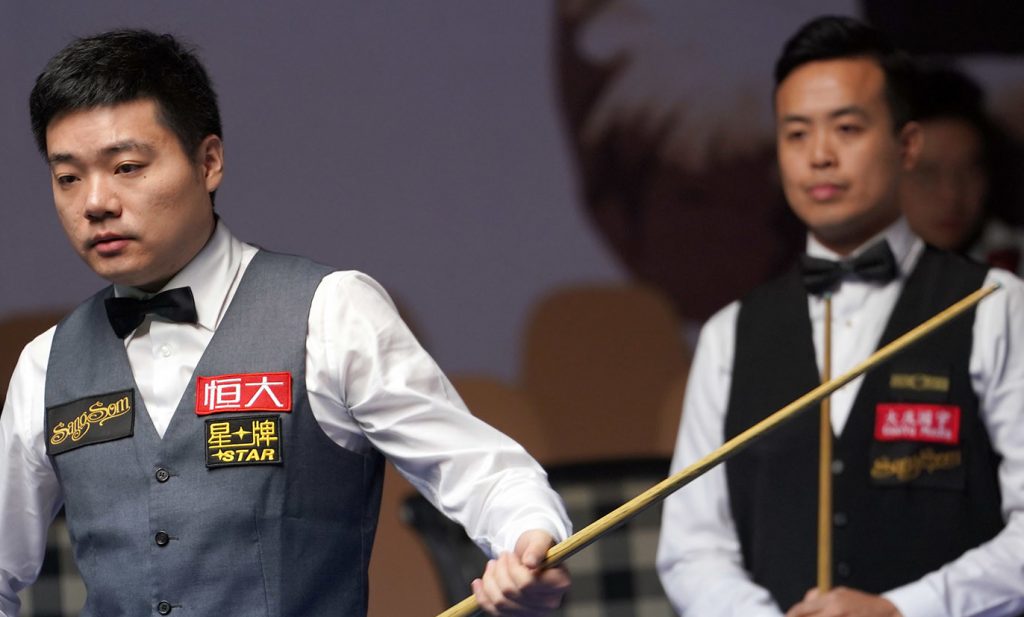 His precision around the black spot is second to none. When he broke through and beat Stephen Hendry to win the 2005 China Open it was already obvious that his cue ball control was exemplary. When he makes big breaks sometimes they can get lost and not receive as much credit as they should, simply because he rarely needs to pull off big recovery shots due to his positional play being so good.”

“Joe Davis was a trailblazer. He played in an era where there was no real template on how to break build, he had to develop the positional skills himself. The balls were less responsive, the tables weren’t as good and the pack didn’t break up as easily. Despite all of that Joe made centuries, total clearances and even 147 breaks. He is nowhere near this list in terms of the numbers or the stats (records of how many centuries he made were not kept), but he is worthy of a place because he set the initial template of how to play the sport.”

“Jimmy is such an entertainer. During the 80s and early 90s he made so many great breaks, when centuries weren’t the common currency they 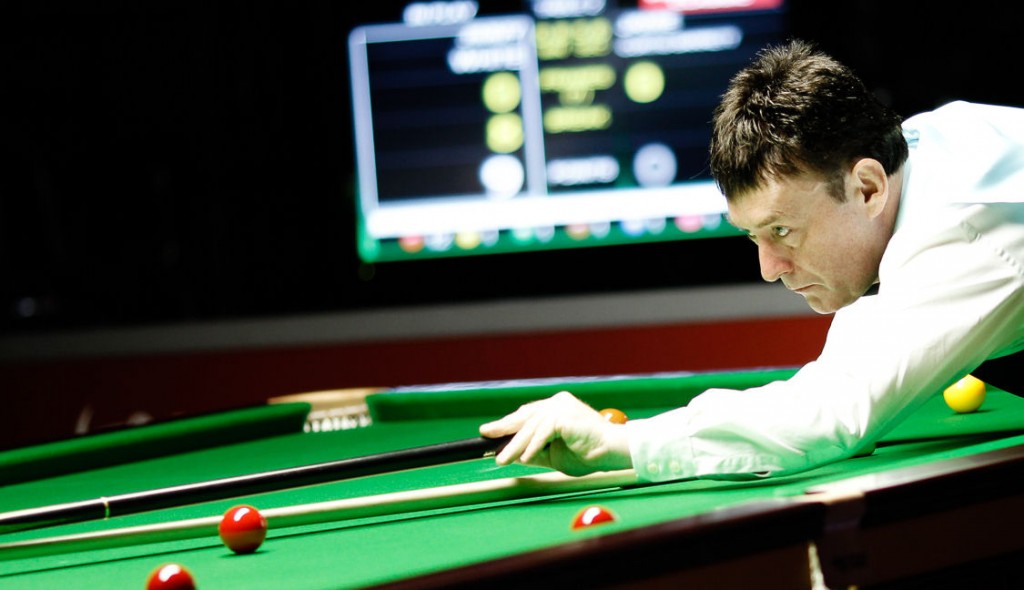 are now. Everyone talks about that amazing 147 break that Kirk Stevens made against him at the 1984 Masters, but it’s often forgotten that Jimmy won the match with a sublime break of 119 in the very next frame. That was a modern day break, it was full of flair and he had the cue ball moving around the table in a similar fashion to Judd Trump. The way he went about compiling a break was ahead of its time.”

“Steve made the first televised 147, which really was a mammoth achievement. People who make breakthroughs in sport deserve credit and that was definitely a very significant moment. Mark Selby is similar in that he is a great break builder, but at times that is overlooked because of his tactical prowess. The same can be applied to Steve, the difference between the two is that Davis was a pioneer. Like his namesake Joe, the numbers of centuries and maximums don’t quite add up, but there was no previous template for the way Steve played the game.”

“The reason John has been so successful in his career is that he is an incredible all-round player. He has been able to take full advantage of his considerable tactical ability by exploiting a large percentage of the opportunities he manufactures and converting them into centuries. Unbelievably there was a time in the mid-nineties that he had never made a 147 in a tournament or even in practice. He made one in the 2000 Nations Cup and the floodgates opened.”

“Neil achieved the extraordinary feat of becoming the first player to make over 100 centuries in a season back in 2013/14. To score the 100th 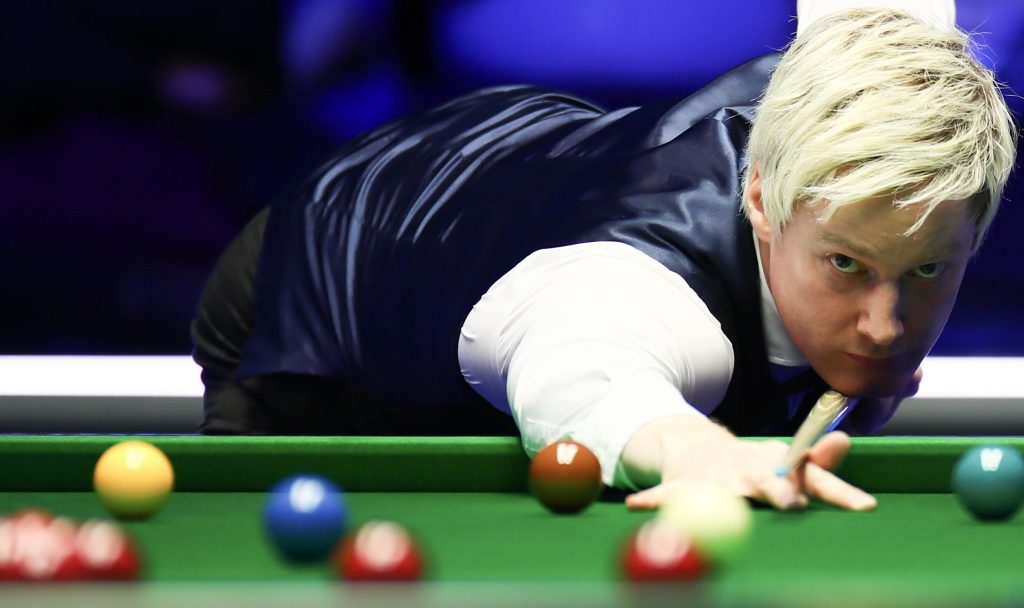 at the Crucible and against Judd Trump made it particularly special. What impressed me was how much he really wanted to do it. It was clear from his celebration after he made the 100th break just how much it meant to him. I’ve been on the circuit for many years and there was a time when Hendry held the record on 53. That stood for a very long time and nobody thought it would be beaten. Robertson almost doubled it.”

“The fact that Judd is only 30 years old means that he is almost certain to have the record for most career centuries one day. That fact means he deserves to rank very highly in this list. He can produce superb positional shots time and time again. Forget the exhibition shots that he can play, he produces shots like that while the frame is still alive. He is capable of continuing breaks which appear to be dead. A high percentage of his breaks look as if they are over at the 70 or 80 mark, but he somehow manages to convert them to centuries.”

“When he was at his best the calendar was threadbare, so to make 775 centuries in that era is remarkable. He was top of the all-time 147 list for a long time before being usurped by Ronnie O’Sullivan. I also think he made the most amazing 147 of all-time against O’Sullivan in the 1997 Charity Challenge. Having led 8-2, he was pegged back to 8-8 before he composed a maximum in the decider. Arguably the most impressive maximum break I have seen him make was against Gary Wilkinson at the 1995 UK Championship. If you went through it and tried to pick out key shots, you would struggle. He was never in a hint of trouble and never out of position for a second. It was absolute perfection.”

“Despite reaching 1000 centuries, Ronnie could actually have had a lot more. In the most recent part of his career he hasn’t been playing a full 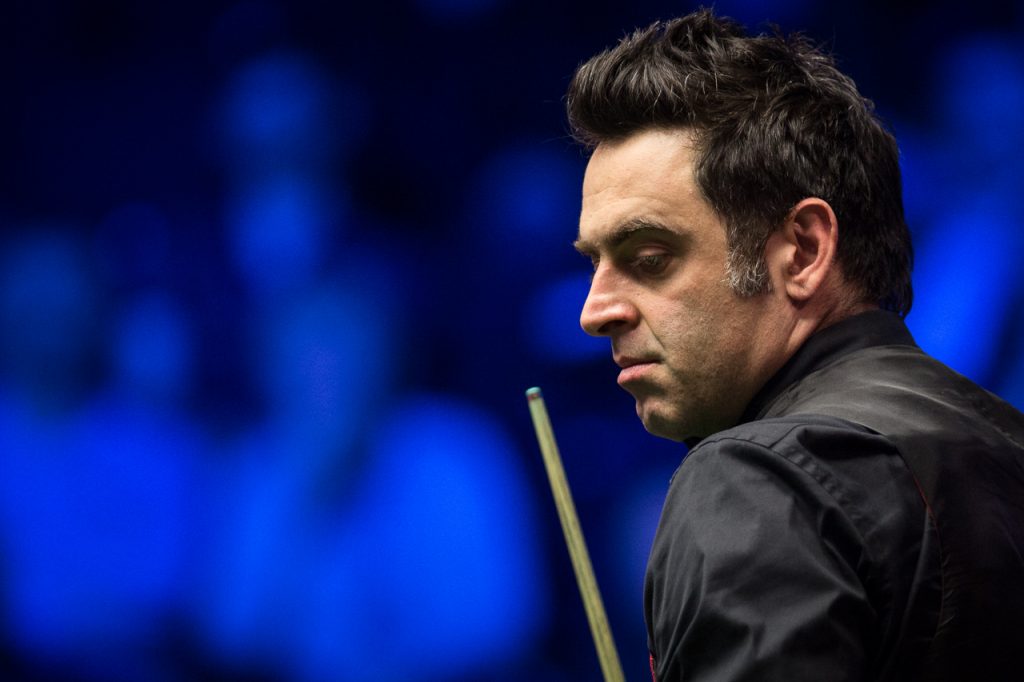 calendar. That number, remarkable as it is, could have been considerably inflated. When you consider there have been top 16 players that never even made 100 centuries, it really puts O’Sullivan’s achievement into perspective. The timing of his 1000th century was typically dramatic. Not only to do it in a final, but to do it in the winning frame was a magical moment. There is absolutely no doubt that he is the best break-builder of all-time.”