Top Ten Players Of The Season So Far


The 2019/20 season still has two huge tournaments to come – but here’s our top ten performers of the campaign so far. 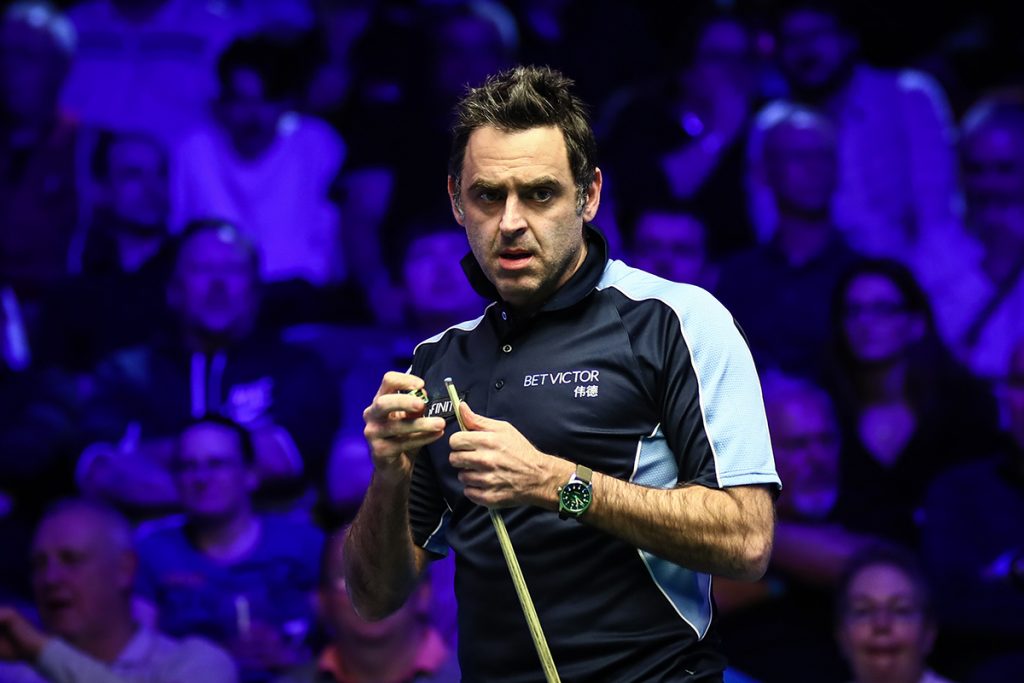 The Rocket still looked snooker’s man to beat when he won the first tournament he contested this season. He landed the Shanghai Masters crown for the third year in a row, beating Shaun Murphy 11-9 in the final of the lucrative invitation event. “I don’t have anything to prove to anyone,” he said. “I think it is just nice for snooker fans to see me play and they want me to keep going for as long as I can.” He has played in just nine events since, reaching one final; at the Northern Ireland Open when he lost a cracking contest 9-7 against Judd Trump. O’Sullivan sits 18th on the one-year ranking list and missed out on qualifying for the last two events of the Coral Series. But could things click for the five-time World Champion at the Crucible? Betfred rate him third-favourite at 5/1.

9. John Higgins
By his own high standards it has been a mediocre season for the Wizard of Wishaw, but he has still performed well enough in ranking events to earn a Coral Tour Championship spot as he currently stands eighth on the one-year list. Semi-final appearances at the 19.com Northern Ireland Open and 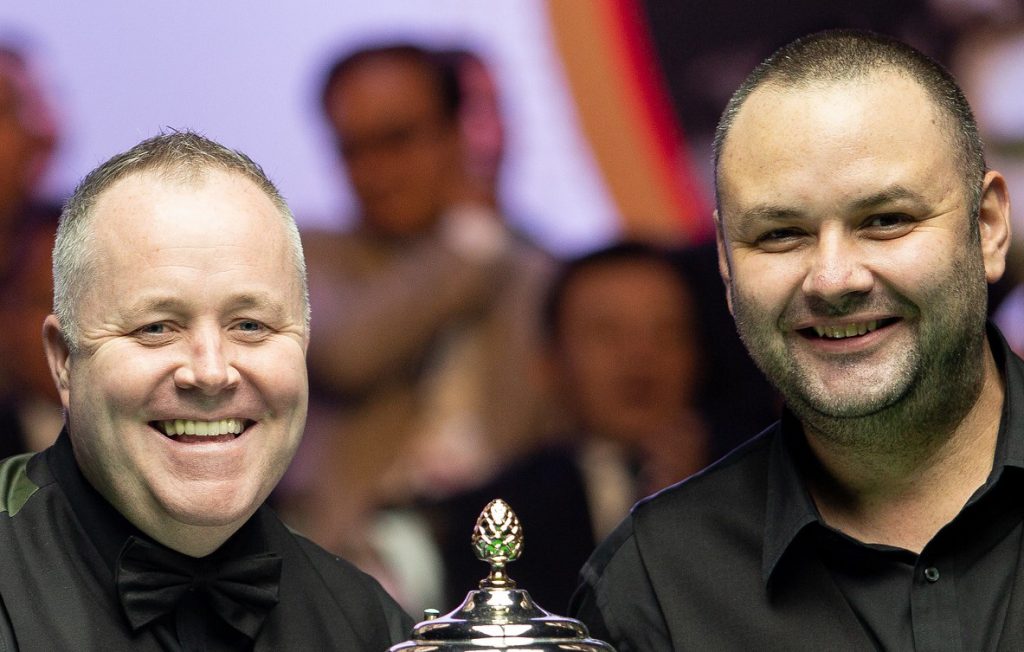 Zhiyuan World Open are his best runs in ranking events so far. The real highlight of the season for Higgins came at the Beverly World Cup in China in June when he partnered Stephen Maguire to claim victory. They beat China in the final to secure Scotland’s first World Cup triumph since 1996. “It’s a brilliant feeling and I had a great partner. It is a brilliant moment for both our careers,” said Higgins. As an aside: remember the 2017/18 season when the ‘Class of 92’ of Higgins, O’Sullivan and Mark Williams won ten ranking events between them? This season the trio haven’t captured a ranking title between them.

8. Yan Bingtao
Touted as the ‘next Ding Junhui’ (as various Chinese players have been) when he broke through as a 15-year-old by partnering Zhou Yuelong to 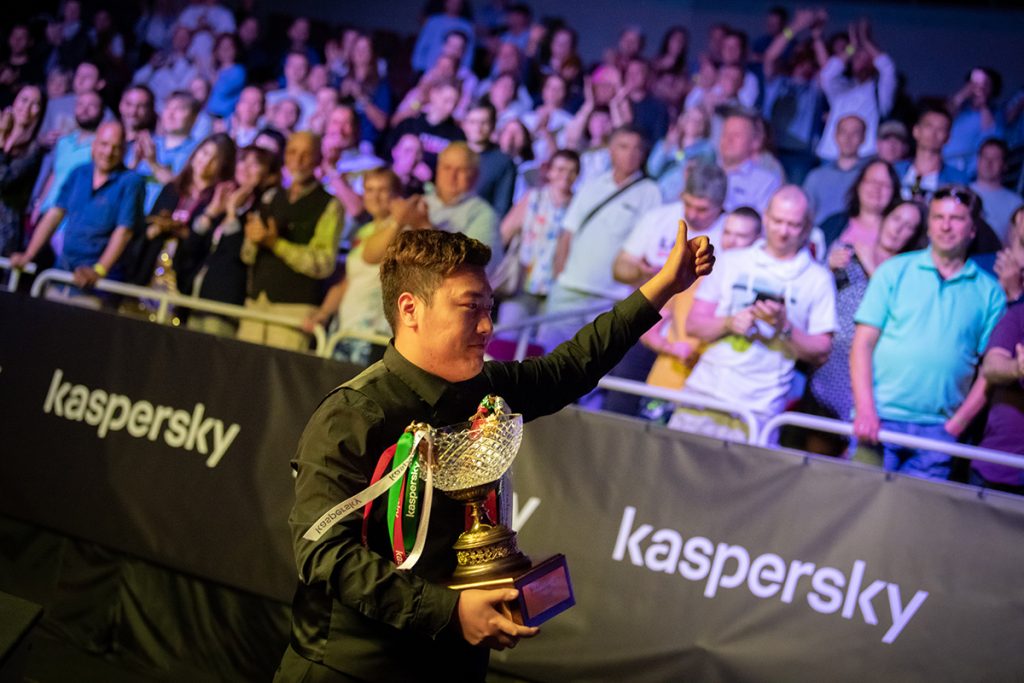 World Cup success, Yan has taken time to establish himself as a regular contender for titles. It seems remarkable now that last season he didn’t reach the quarter-finals of a single ranking event. This term the 20-year-old, nicknamed the Tiger, has made strides forward in terms of consistent performance and confidence on the televised table. He won his first ranking crown at the Kaspersky Riga Masters, reached the final of the Coral Players Championship and the semi-finals of three other events including the Betway UK Championship. Sixth on the one-year list, he is into the top 16 of the official two-year list and guaranteed a Crucible seeding. Without doubt, Yan is the best player in the world in his age group.

7. Stephen Maguire
A ranking title drought which stretches back to 2013 continues, but Maguire has still had by far his best season in recent years. Early in the 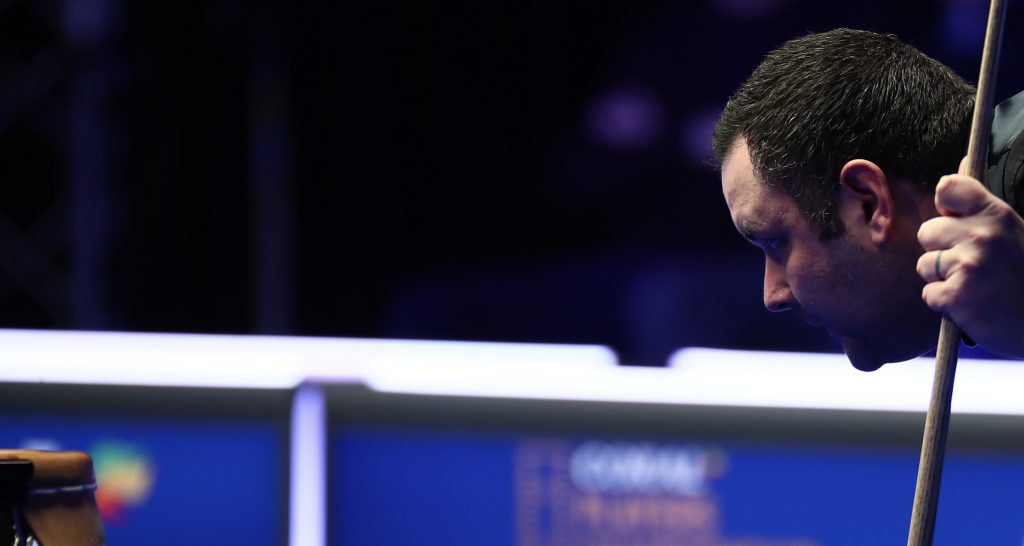 campaign he won two lucrative invitation titles in the Far East, partnering Higgins to glory at the World Cup then beating the same player in the final of the Sangsom Six Red World Championship. Those two titles boosted Maguire’s bank account to the tune of almost £200,000. He went on to reach the final of the Betway UK Championship – denied the title by Ding Junhui – and only a ridiculous Judd Trump clearance ended his hopes of reaching the the Coral Players Championship final. After a few years of teetering around the brink of the top 16, Maguire has comfortably secured his place among the elite.

6. Stuart Bingham
It has been a poor season for Bingham in ranking events – he has reached the quarter-finals of just one and the last 16 of one other, leaving 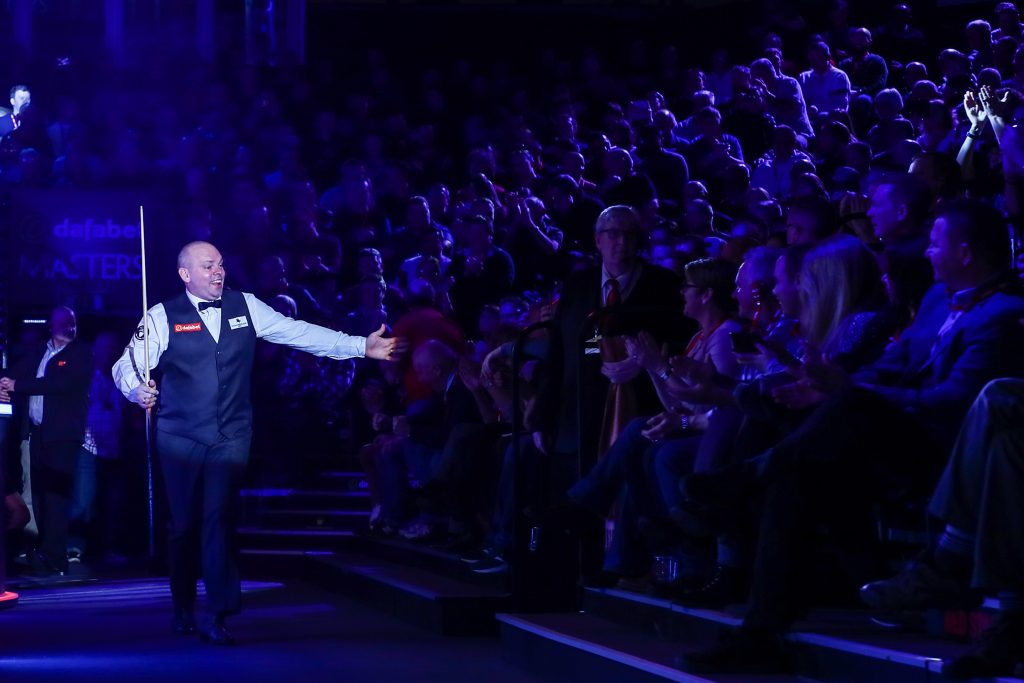 him 28th on the one-year list. But even if he doesn’t win another match, Bingham will remember this season for only one thing: winning the Dafabet Masters for the first time. He had previously reached just one semi-final in nine appearances at snooker’s biggest invitation event, but this time went all the way, knocking out Mark Williams, Kyren Wilson and David Gilbert to reach the final before an exciting 10-8 victory over Ali Carter. “To get my hands on that trophy, finally, means everything,” said 2015 World Champion Bingham after doubling his tally of Triple Crown titles.

5. Ding Junhui
Like Bingham, Ding has been something of a one-hit wonder this season, but can bask in the glow of a major trophy in his cabinet, having won 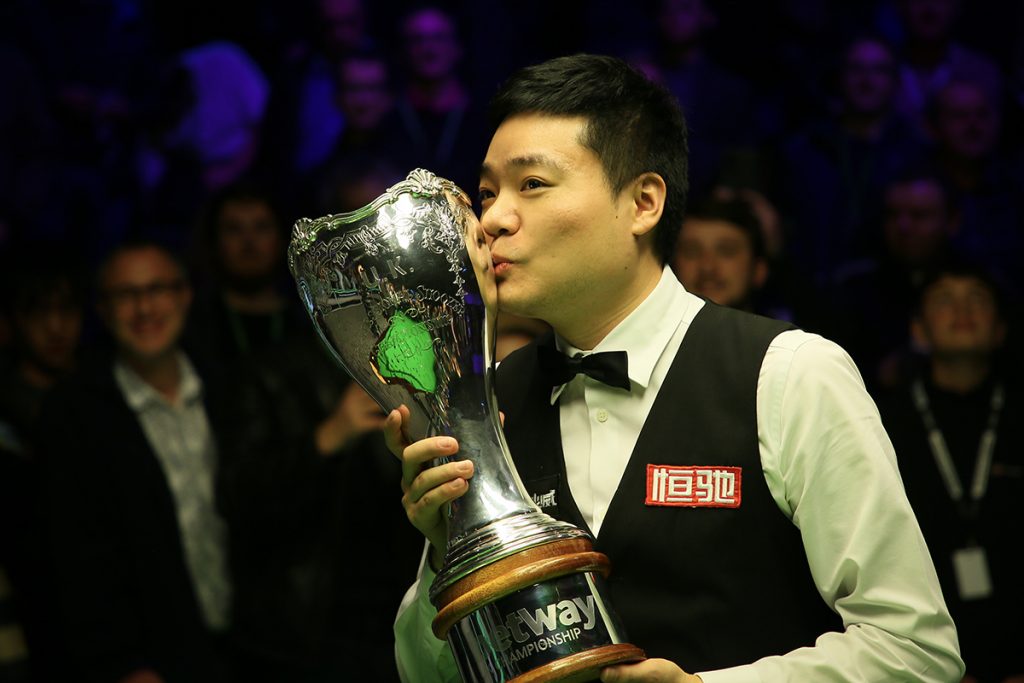 the Betway UK Championship for the third time. In York he saw off the likes of O’Sullivan, Carter and Yan before a final 10-6 success over Maguire. “I have had to wait a long time to lift a trophy again, and this is a big one,” said China’s top player after landing his first ranking title in over two years. “People have doubted me, asking whether I would win again. Now I believe I can win more.” Ding also reached the International Championship quarter-finals and the last 16 of four other ranking events.

4. Mark Selby
Selby became the first player to win two Home Nations titles in a single season by landing the 19.com English Open in October and the 19.com 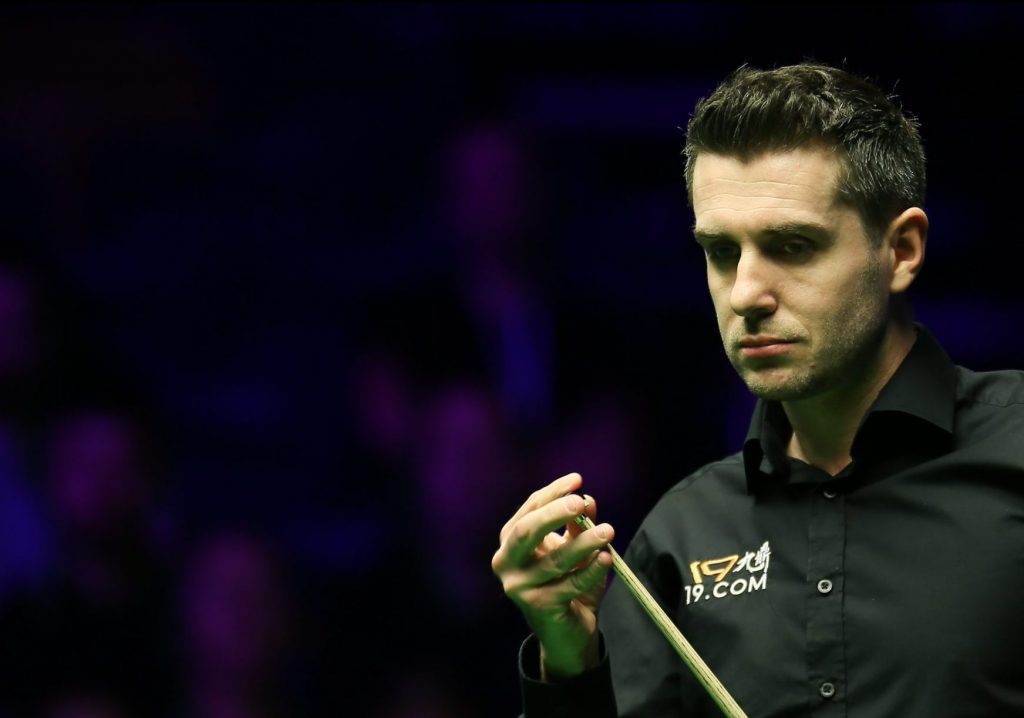 Scottish Open in December. A 9-1 final thrashing of David Gilbert in the former was one of the best performances of his career, and he secured the latter with a 9-6 defeat of Jack Lisowksi; his 14th win from his last 15 ranking finals. That brace of titles represented a welcome return to form for Selby, who had previously not won a title for over a year. “I wondered whether I would win another tournament again. It was that bad,” he admitted. “If you are used to winning over a period of time and then suddenly getting nowhere near, then of course you begin to ask questions.”

3. Shaun Murphy
At 9-9 in the final of the Evergrande China Championship in September, Murphy had seen a 9-5 lead against Mark Williams evaporate and was 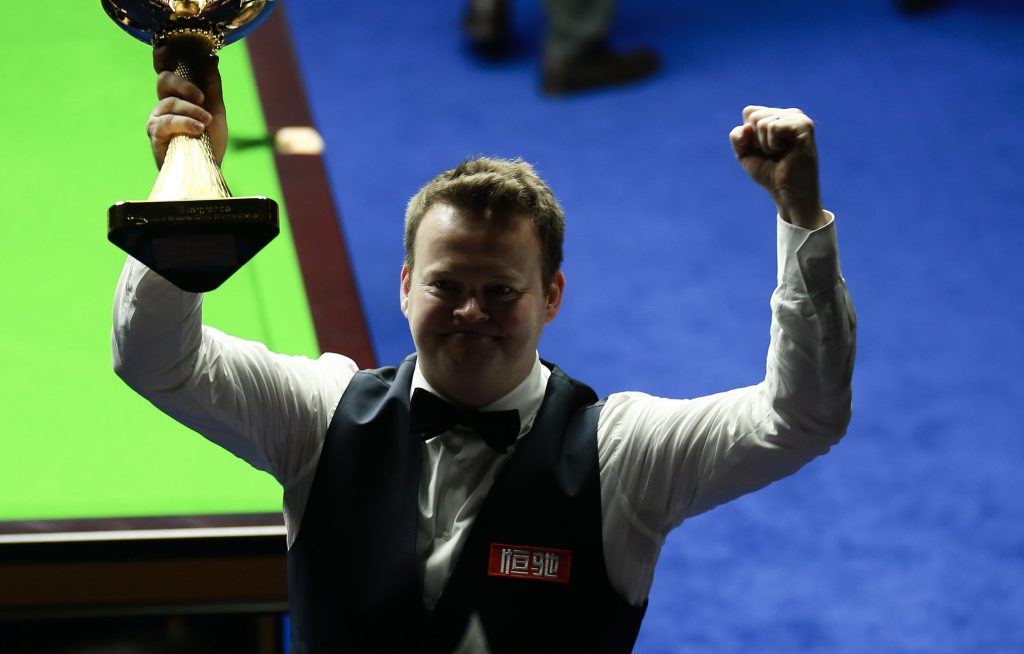 staring at the possibility of a seventh consecutive defeat in ranking event finals. So to win the decider with a superb break of 69 was a huge moment in Murphy’s career. “To stand up there under the pressure and take my chance – I’m very proud,” said the Magician after winning his first ranking title in 30 months. He went on to land the ManBetX Welsh Open crown in February with a 9-1 annihilation of Kyren Wilson. Throughout the season, Murphy has enjoyed spells of playing at his brilliant best. 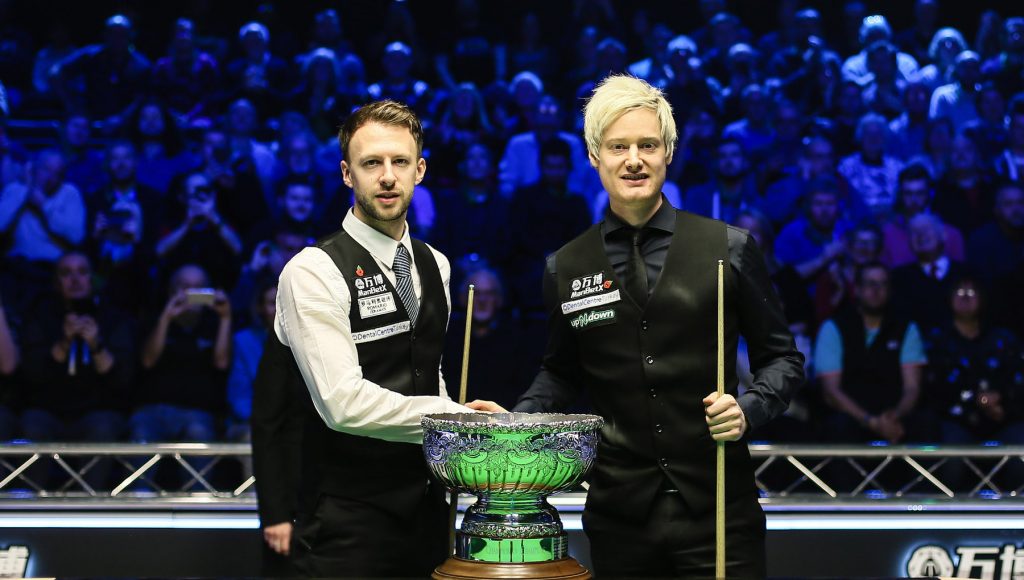 After a patchy start to the campaign, Robertson’s game clicked in November at the ManBetX Champion of Champions when he beat Murphy and O’Sullivan on his way to the final, then beat Judd Trump 10-9 in the best match of the season. Towards the end of January he had still not reached the quarter-finals of a ranking event, but a purple patch which spanned the next three weeks gave him two titles and a runner-up cheque. Robertson beat Zhou Yuelong 9-0 in the final of the BetVictor European Masters, the first whitewash in a two-session ranking final for 31 years, and scored a 10-8 win over Graeme Dott to win the Coral World Grand Prix. And then the Aussie topped it all by setting a new record in our back-to-black challenge.

1.  Judd Trump
Not only the clear winner in this list, but if Trump goes on to retain the Betfred World Championship title then he will have had, arguably, the 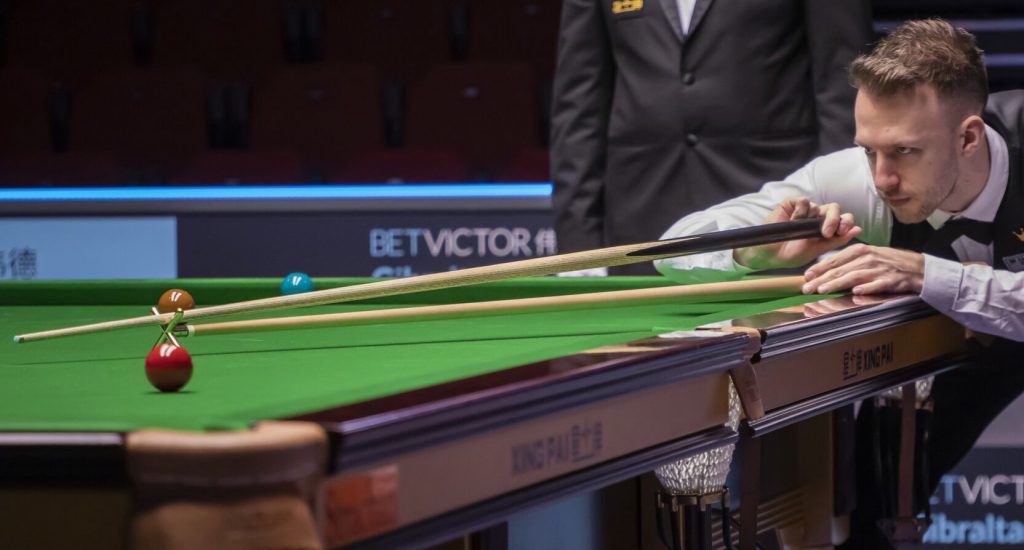 best season of any player in history. The pressure of playing as World Champion? No problem for Trump, his confidence and all-round game have reached new levels this term. He has already become the first player to win six ranking events in a single season, landing the International Championship, Zhiyuan World Open, 19.com Northern Ireland Open, BetVictor German Masters, Coral Players Championship and BetVictor Gibraltar Open, while keeping fans enthralled with shots like this. “Hopefully my game can attract new people who wouldn’t usually be attracted to snooker, especially younger kids,” said Trump. Early exits in the UK Championship and the Masters have been the only blemish – but there’s still the big one to come.