Trump And Robertson Level In Berlin 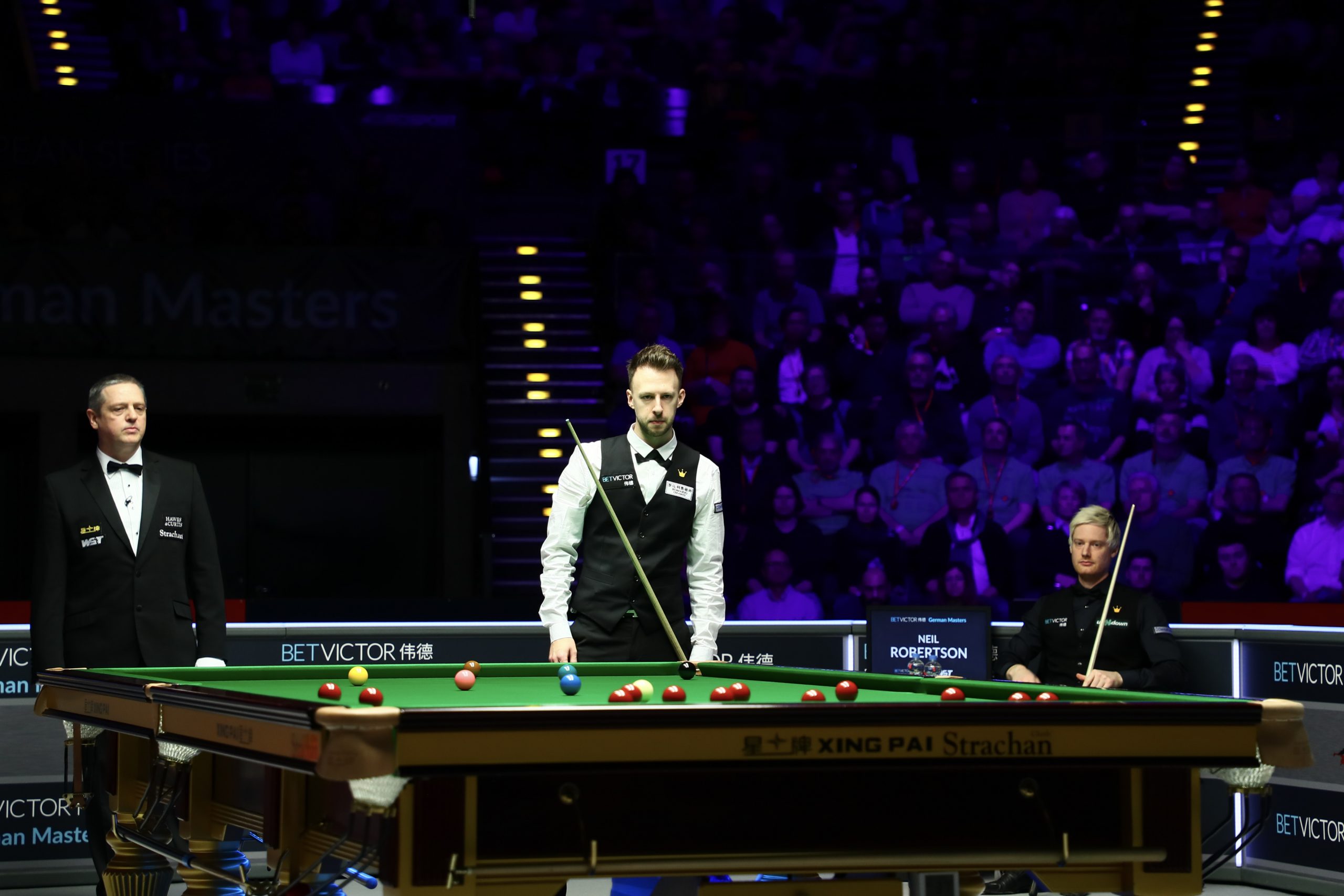 Judd Trump and Neil Robertson emerged locked together at 4-4 after an enthralling first session of the BetVictor German Masters final at the Tempodrom in Berlin.

Both Trump and Robertson are aiming for their maiden German Masters crown, which would carry a top prize of £80,000. The first player to reach nine frames tonight will take home the title.

If Robertson wins this evening he will secure the £150,000 BetVictor European Series bonus with two events to spare, having claimed the title at last week’s European Masters. Trump can keep the series alive by winning tonight, with the Shoot Out and Gibraltar Open still to be played.

The head-to-head record shows little to choose between the players, Trump currently holds a narrow 10-9 lead. Their most recent meeting came at the Champion of Champions, when Robertson emerged a 10-9 victor in a thrilling final. As expected this afternoon’s opening session was again tightly contested.

Trump took this afternoon’s opening frame courtesy of a break of 60, before Robertson restored parity by taking a hard fought second and making it 1-1. Trump regained his lead, but it was Robertson who had the momentum going into the mid-session after he fired in a fine century run of 120 to make it 2-2.

When they returned Trump had looked set to edge further in front, before missing a tricky yellow on a break of 71. Robertson then deposited a gutsy cut to the baulk corner and cleared the colours to lead for the first time at 3-2.

The Australian doubled his advantage after a break of 77 in the next. However, Trump battled back with contributions of 69 and 48 to claim the last two frames of the afternoon to end the session level at 4-4.

They will return at 8pm [CET] this evening to play the match to its conclusion.