Trump And Wilson Knocked Out

Judd Trump’s 11-month drought without a ranking title continued as he lost 5-3 to Kurt Maflin in the third round of the BetVictor European Masters. 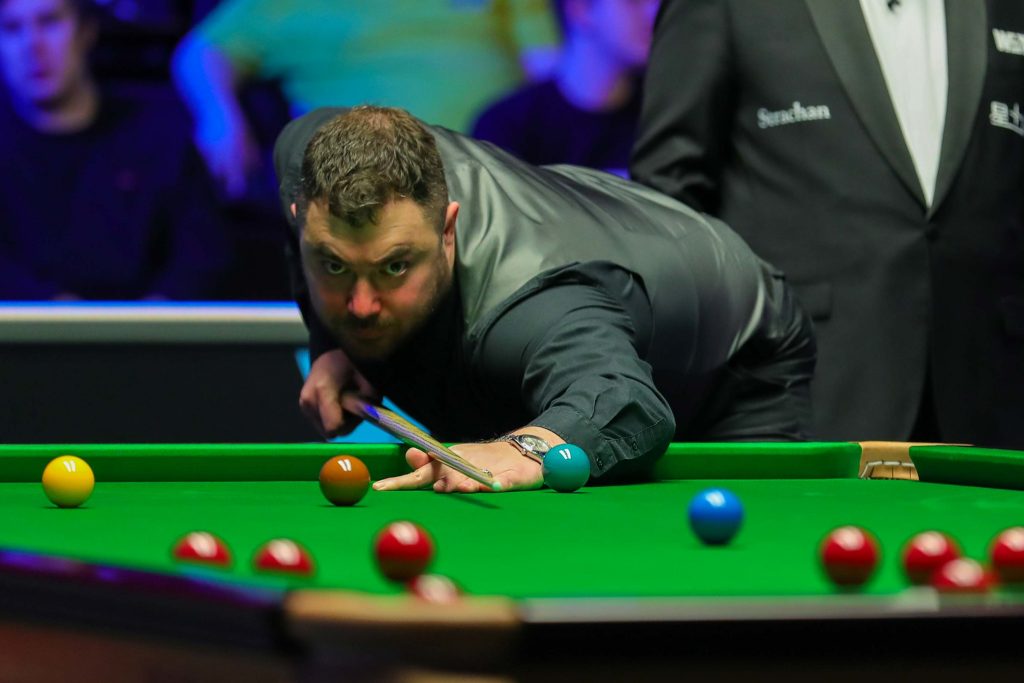 Though he has won the invitational Cazoo Champion of Champions this season, Trump hasn’t landed a ranking event crown since the BetVictor Gibraltar Open in March last year. He lies on the fringes of the top 16 on the one-year ranking list and needs a rapid turnaround if he is to qualify for the eight man Cazoo Tour Championship next month.

Norway’s Maflin has been well short of his best over the past two years and this is his first appearance in the last 16 of a ranking event since the 2020 Northern Ireland Open. He now meets Anthony McGill, who crushed Mitchell Mann 5-1 with a top break of 134.

Trump made breaks of 79 and 100 to lead 2-1, but Maflin then fired 79, 72 and 92 to go 4-2 up. Bristol’s Trump pulled one back with a 124 to make it 4-3 and he had chances in frame eight but couldn’t capitalise. In a battle on the colours, he was trapped in a tough snooker on the yellow, and missed it twice which left him 30 points behind. Maflin potted yellow and green to seal the result.

“Overall it was a solid performance,” said 38-year-old Maflin. “I potted some crucial long balls. I just wanted a chance at 4-3 to finish it off. Judd couldn’t keep going at the rate he was a couple of years ago, he is only human. For sure he will come back just as strong, probably at the World Championship.”

Fifth seed Wilson suffered a surprise 5-4 defeat against world number 80 Fan Zhengyi. China’s Fan passed up a golden chance of a 147 in frame five, missing a tricky final brown along the baulk cushion on 125. But it would still prove a memorable night for the former World Under-21 Champion as he won the decider with a break of 66.