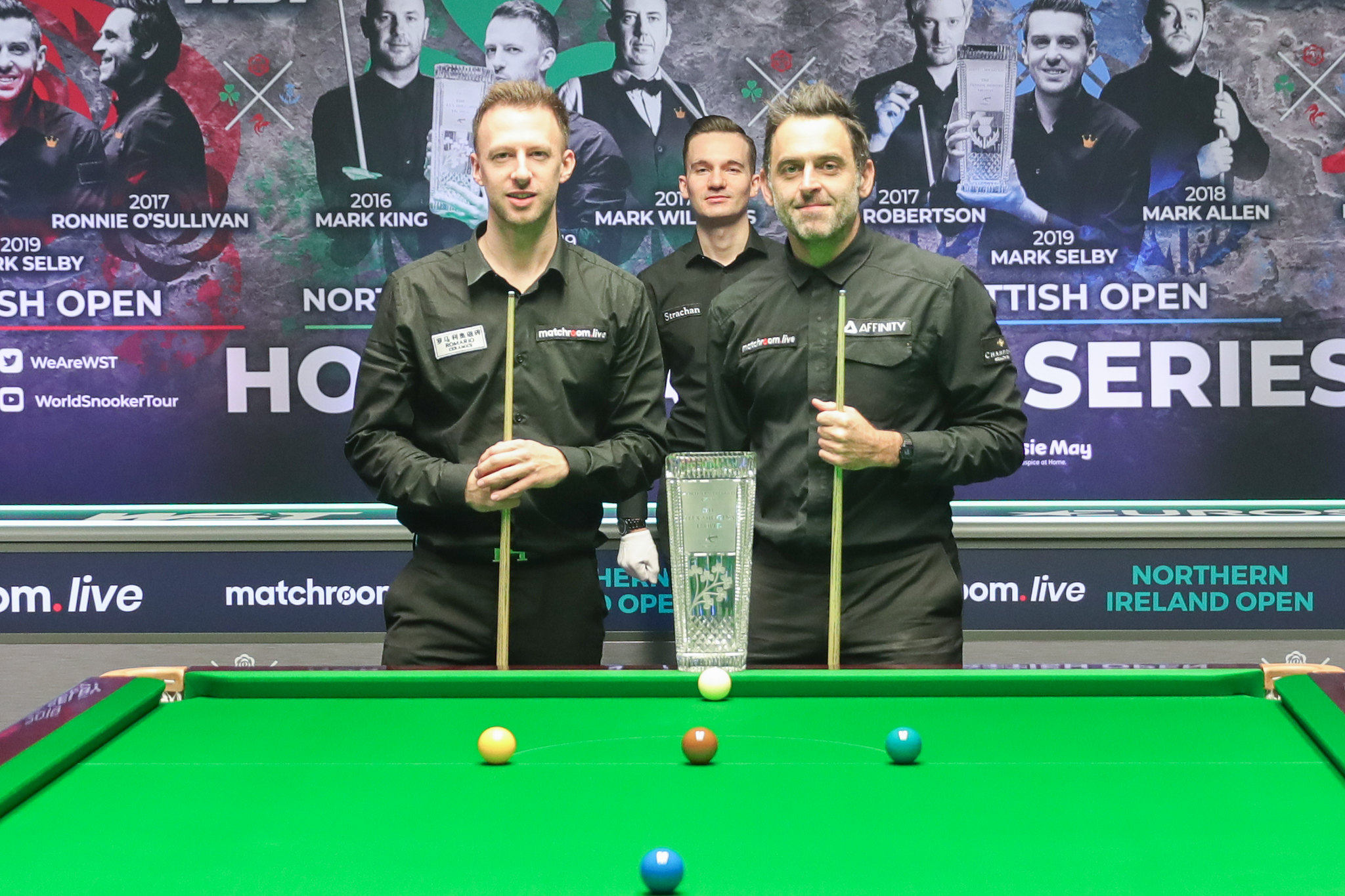 Judd Trump’s relentless three-year BetVictor Northern Ireland Open winning run has seen him join a pantheon of greats in the record books and a fourth consecutive victory next month would only heighten the significance of his winning streak.

Only Steve Davis and Stephen Hendry have won a specific ranking event for three years consecutively. Hendry holds the current record of five, with his World Championship victory run, which lasted from 1992 until 1996. The legendary Scot also won the UK Championship three years on the bounce between 1994 and 1996. That was the last time a player won three consecutive titles in a specific event until Trump’s Northern Ireland Open exploits.

Mark Selby came closest to equalling the feats of Davis and Hendry prior to Trump. He won the China Open in three consecutive appearances. The Jester from Leicester lifted the trophy in Beijing in 2015, 2017 and 2018. However, he elected to withdraw from the 2016 running of the event and broke his run.

Arguably the most impressive winning streak in snooker history saw Joe Davis win the World Championship 14 years in a row, he then added a 15th after World War II. John Pulman won the World Championship in seven straight years and eight consecutive runnings of the event, while Ray Reardon claimed four on the bounce. However, all of those wins were prior to the introduction of the world rankings.

Incredibly Trump’s Northern Ireland Open victories in 2018, 2019 and 2020 have all seen him defeat Ronnie O’Sullivan in the final, with each victory arriving by a 9-7 scoreline.

This run of finals is the first time two players have contested the title match of the same event in three consecutive years since Hendry and Jimmy White at the World Championship between 1992 and 1994. It is also the first back-to-back repeat final since Paul Hunter and Ken Doherty met at the Welsh Open in 2001 and 2002.

Once again Trump and O’Sullivan find themselves in separate sides of the draw for the Belfast event. Could they once again meet each other in what would be an unprecedented four years in a row?

Tickets remain available for this year’s event at the Waterfront Hall, which runs from October 9th to 17th. You can witness Trump take on the best players on the planet for as little as £7. Click here to book now.