Trump Clings On To Top Spot 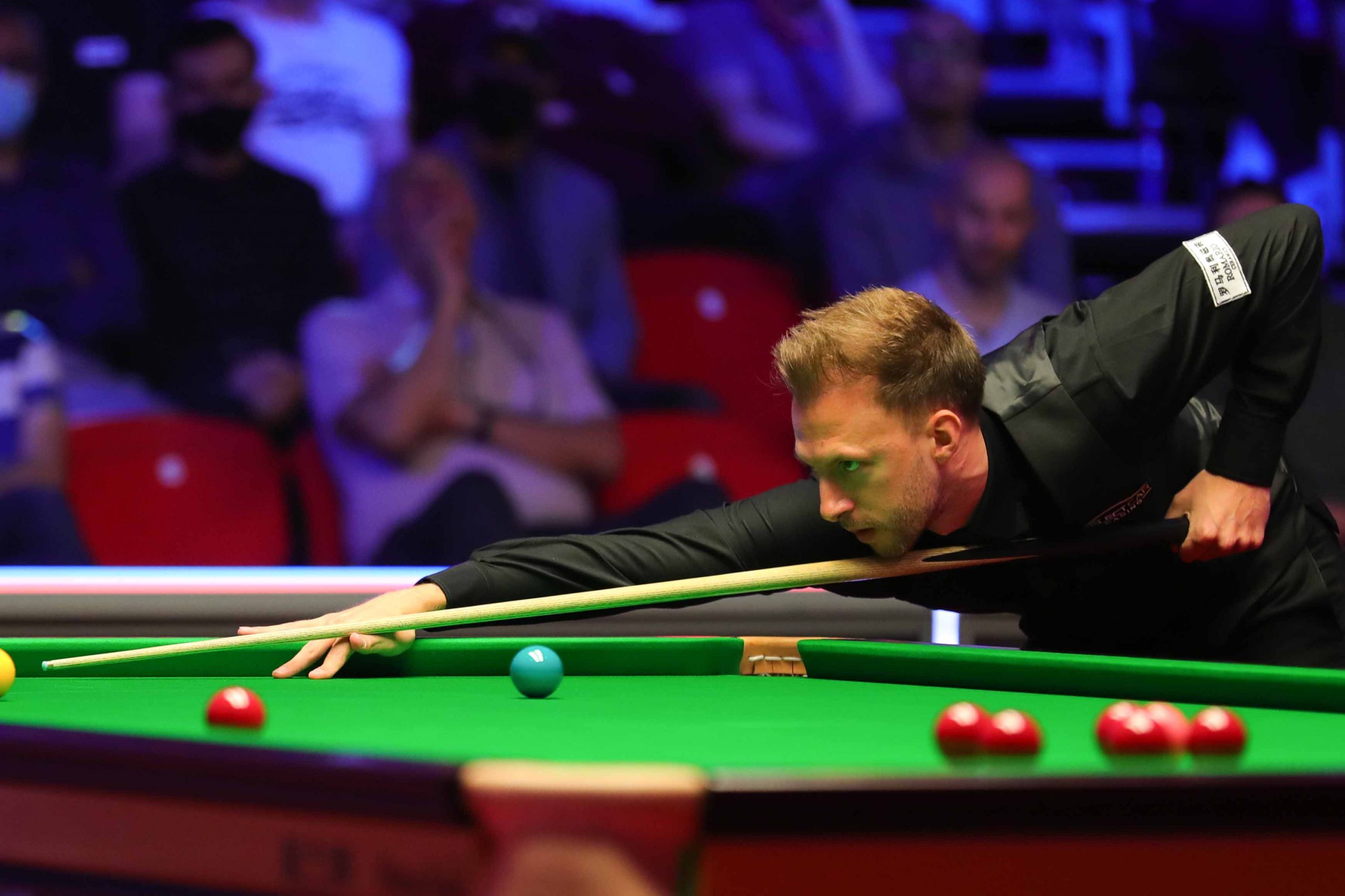 Judd Trump survived a tense opening round clash with Mitchell Mann at the matchroom.live British Open, winning 3-2 to cling on to his world number one spot.

Trump has occupied the summit of the world rankings since August 2019, but Mark Selby’s victory at the World Championship has put that under serious threat.

With the £175,000 top prize which Trump claimed at the 2019 International Championship due to come off his ranking at the end of this event, he must at least better Selby’s performance this week to retain his world number one position.

It was world number 98 Mann who made the early running by establishing a 2-1 advantage. However, 2019 World Champion Trump restored parity with a break of 52 to force a tense decider.

Trump had looked set to ease over the line before breaking down on a run of 62. Mann fought his way back into the frame, but his contribution was ended on 34. A safety battle ensued and Mann eventually got his opportunity after fluking the brown. However, he missed the blue and Trump made no mistake in getting himself over the line.

“We probably could have played a best of 19 in the time we took to play a best of five,” joked Trump. “You are going to get drama straight away. Instead of waiting two sessions to get to the end of the game, you get it at the very start. You are under pressure from the very beginning and all it takes is a bad bounce or a kick to change the whole game.

“It’s nice to delay losing the world number one spot for as long as possible. It is going to be very tough now to stop Mark from overtaking me with how the rankings are.”

The Northern Irishman took the opening frame. However, Evans fired her way back into contention. She restored parity, before a break of 56 helped her into a 2-1 advantage.

Evans had then looked set for a momentous victory, but broke down on a run of 60. Allen eventually fought his way back into the frame and stole it on the black with a superb clearance of 47. Allen showed his class in the decider, securing victory with a steely break of 68.

Allen said: “I thought Reanne played really well and was unfortunate not to go on and win 3-1. I hung in there and made a really good clearance for 2-2 and did what top players do and made a one-visit in the last.”