Judd Trump’s defence of his Betfred World Championship title remained on track as he came through an immense battle against Yan Bingtao by a 13-11 scoreline. 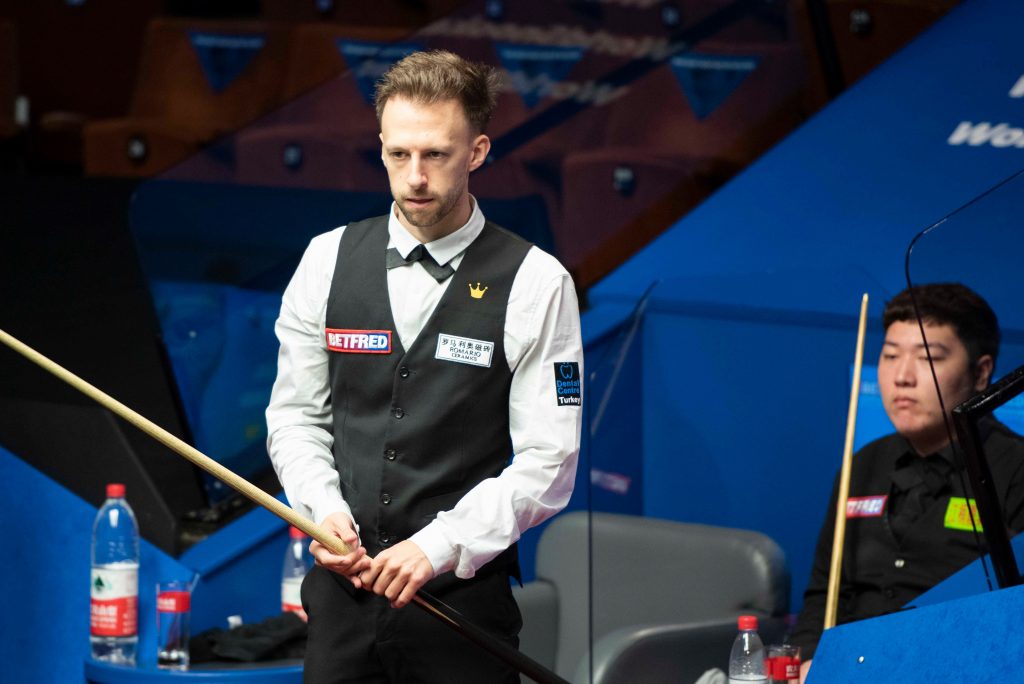 If Trump ends up with the trophy a week on Sunday he could be looking back on this as his toughest match, as he trailed 5-2 in the early stages and struggled to shake off a gritty opponent on the home stretch. The world number one is yet to find top gear so far in Sheffield – indeed since the tour got going again after lockdown he has not regained the form which saw him win six titles earlier in the season.

But the key for Trump is that he is still in the draw, still with a chance to find his rhythm. He faces a quarter-final against Kyren Wilson or Martin Gould on Monday and Tuesday.

China’s 20-year-old Yan saw his hopes of becoming the youngest ever World Champion disappear for now, though he will have one more chance next year to beat Stephen Hendry’s record, set at the age of 21 in 1990.

The first two frames of tonight’s concluding session were shared, then China’s Yan took the next to trail 10-9. In frame 20 he had a chance to clear from 45-1 behind and made 64 before missing a tricky pot on the final brown. Trump took advantage with excellent pots on brown and blue and he added pink and black to lead 11-9 at the interval.

Early in frame 21, Trump missed a tricky black on 9, and his opponent punished him with a run of 94. The next lasted 52 minutes and came down to a long safety battle on the blue. Yan got the two snookers he needed, then attempted a thin cut to a centre pocket but failed to make contact with the blue, and that proved the key moment as Trump went 12-10 ahead.

A missed red to centre from Trump in the 23rd let Yan in for a superb 130 to halve his deficit. Yan also had a chance in the next but made just 6 before missing a mid-range red. This time there was no mistake for Trump as he finished in style with a 127. That was his first century of the match and 101st of the season, bringing him within two of the record of 103 set by Neil Robertson in 2013/14.

“I’m over the moon to be in the quarter-finals,” said Bristol’s 30-year-old Trump. “I feel really involved in the tournament now and there are a lot of top class players in it. The break I made in the last frame gives me a boost and I can have a couple of days rest now and hopefully find my feet.

“No one plays well for the whole 17 days in this event. You are bound to have tough points, and it’s all about how you deal with them. Last year, when I played well in the final, no one was talking about the first couple of rounds when I struggled.

“If you have a bad session you don’t want to lose it 6-2, you have to stay in the game. In the first session against Yan it felt eerie out in the arena, very quiet. I didn’t feel involved in the match, Yan shut me out. I fought back well in the second session.

“I feel I can step my game up if I need to. I am confident that I have put the work in to prepare for this event and I am thinking positively.”