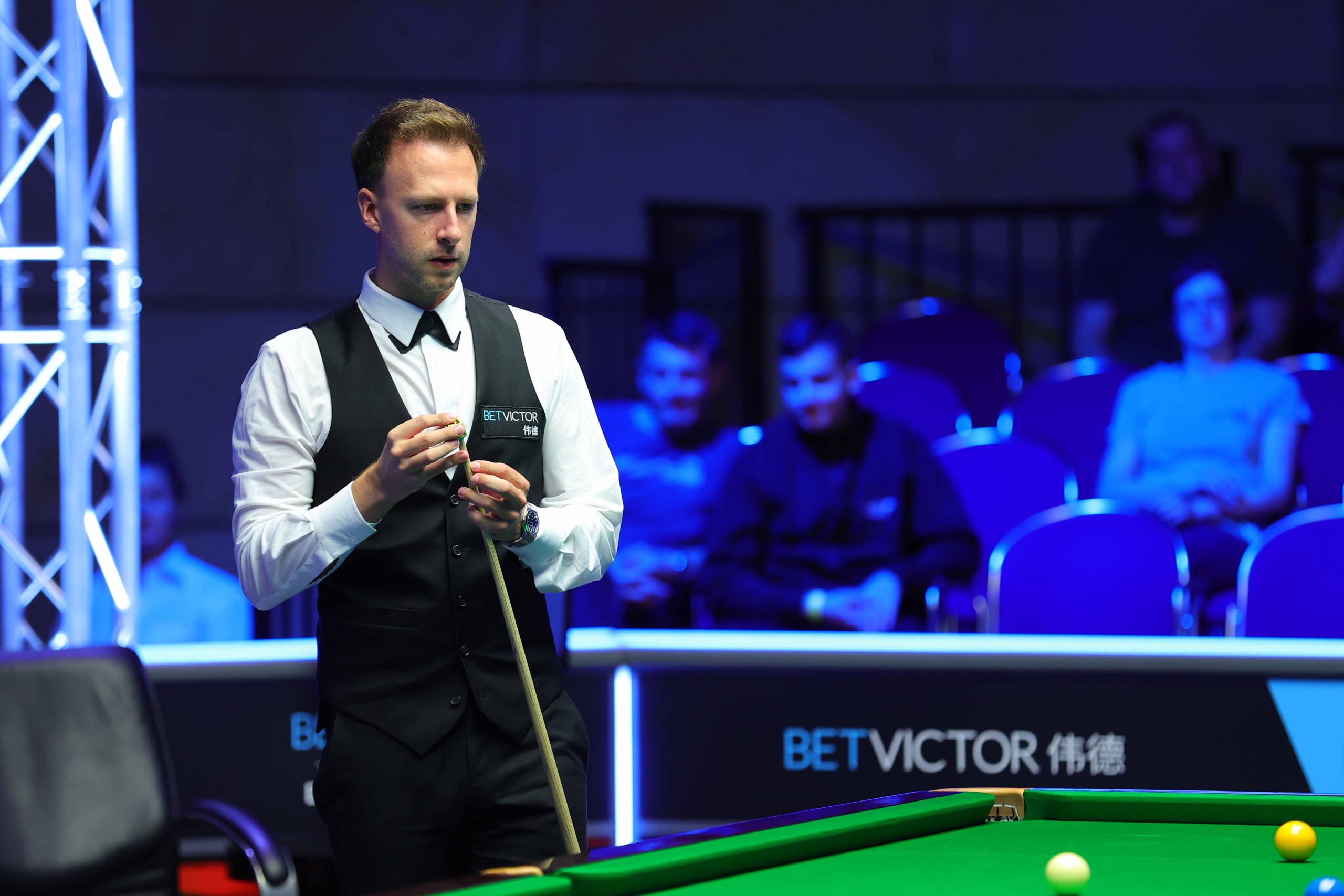 World number two Judd Trump needed a snooker in the final frame to edge out plucky amateur Farakh Ajaib 5-4 at the BetVictor European Masters in Fürth.

Having rallied from 4-2 down, Ajaib battled back to force a deciding frame. He appeared to have got over the line when he left Trump requiring a snooker on the blue. However, he cruelly went in off when escaping a snooker and 2019 World Champion Trump cleared the remaining three balls, including a difficult black along the top cushion, to secure his place in the quarter-finals.

Defeat will be a bitter pill to swallow for Pakistan’s Ajaib. However, he can reflect on a tremendous run which has seen him defeat the likes of Mark Allen in qualifying and Marco Fu here at the Stadthalle.

Trump keeps his hopes alive of returning to the top of the world rankings. He will depose World Champion Ronnie O’Sullivan from the world number one position if he reaches the final. Next up the Ace in the Pack faces Barry Hawkins, who whitewashed Robert Milkins 5-0.

“It was a bit of a miracle really. He was unlucky to go in off on the blue. It was still a tricky black under pressure down the rail, so I am happy with that,” said 23-time ranking event winner Trump.

“Normally I wouldn’t have a lot of empathy for my opponent, but I knew he outplayed me there. He scored heavier and his long potting was better. Even though I’d have been really disappointed to have lost, it was one of those rare occasions that I got out of jail there.”

Ali Carter secured his quarter-final spot with a hard fought 5-4 win over David Grace. He now faces Chinese 18-year-old Wu Yize in the last eight, after he beat Ryan Day 5-2.