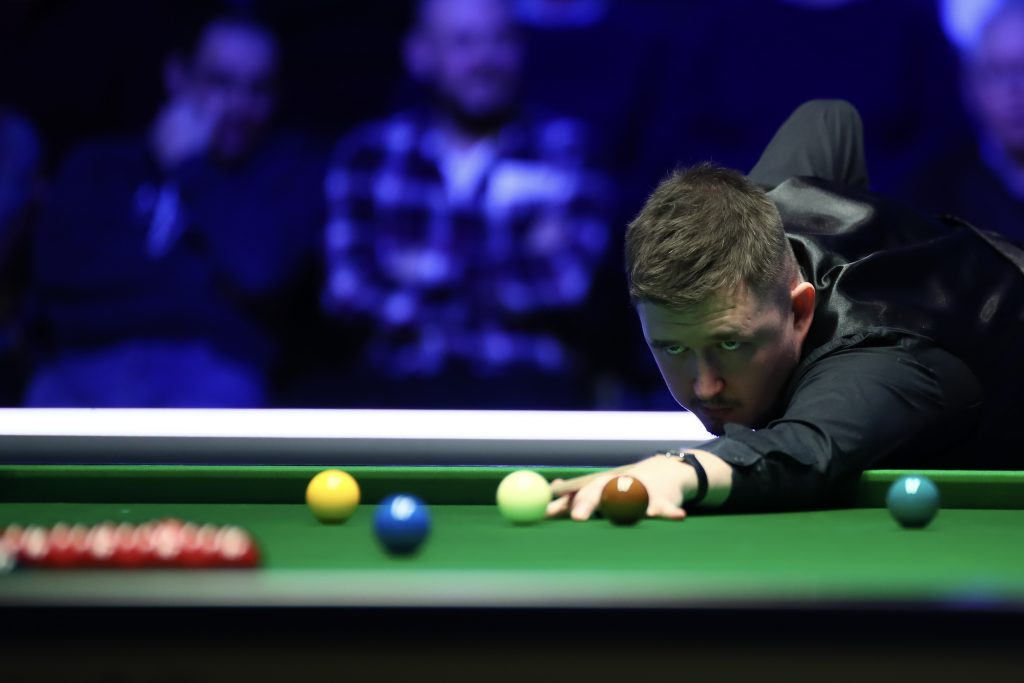 Both players had chances in a nervy decider but it was Wilson who took it by potting the last blue and pink to set up a quarter-final with John Higgins on Friday afternoon in Cheltenham.

Trump has won four ranking titles so far this season but will have to wait until next week’s Welsh Open for another crack at equalling the record of five in a single campaign.

Wilson, by his own high standards, has had a disappointing season, reaching the semi-finals of just one ranking event. But having knocked out Trump he will feel his chances of adding to his career tally of three ranking titles are dramatically improved.

His seventh win in 11 meetings with Trump also boosts his position on the one-year ranking list and his hopes of qualifying for the second and third events in the Coral Series. He came into this event in 16th place but is now sure to move up.

The opening frame came down to a safety battle on the final pink, and Wilson won it to go 1-0 up. Trump levelled with a run of 77 then Wilson made a 31 clearance in the third and a 68 in the fourth to lead 3-1. World number one Trump compiled a run of 100 in the fifth and then added the sixth – with the help of a fluked blue while in the balls – to level at 3-3.

The decider lasted 37 minutes and came down to the colours. Wilson clipped in a thin cut on the brown but then failed to pot a straight-forward blue to a centre pocket with the score at 50-50. Trump was left with a tricky blue to a baulk corner and missed, leaving his opponent simple pots on the blue and pink to seal the result.

“Judd is a fantastic player so I’m pleased to get a win over him,” said Kettering’s Wilson. “There’s a lot of pressure out there so it’s important to just try to enjoy it. Even when things were going against me, I didn’t let it get to me. You’ve just got to keep doing the right things and hope that you get your chance.

“My game has been there this season but it has been frustrating for me not to get the results. I know I’m capable of producing good snooker on the big stage. It will be very tough tomorrow against John Higgins. He was one of my heroes growing up, he’s a phenomenal player.”

Wins For Higgins, Robertson And Perry 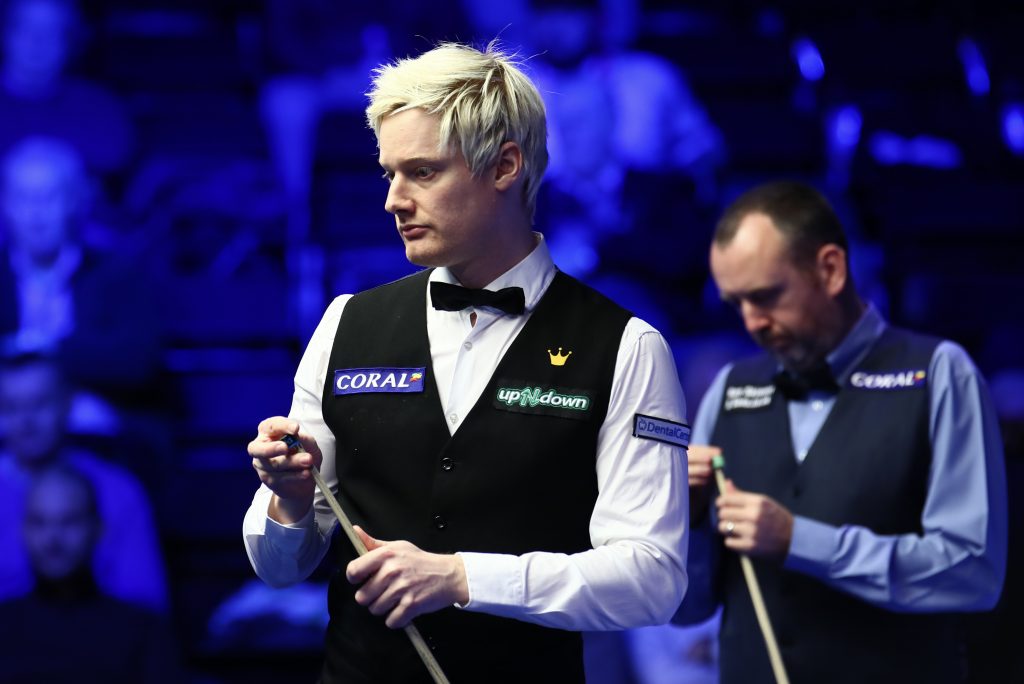 Higgins, seeking his first ranking title since the 2018 Welsh Open, eased to a 4-1 win over China’s Zhao Xintong with a top break of 68.

Neil Robertson whitewashed Mark Williams 4-0 in just 56 minutes and has now won 15 of his last 16 matches in ranking events. Williams is suffering from gout and managed to battle past Barry Hawkins yesterday, but was no match for the in-form Robertson. Breaks of 100, 100 and 105 helped the Australian to set up a meeting with close friend Joe Perry.

Cambridgeshire cueman Perry raced into a 3-0 lead over Scott Donaldson with a top run of 52. Back-to-back centuries, 114 and 120, saw Donaldson recover to 3-2, but Perry got the better of an exchange on the colours in frame six, potting green, brown and blue to secure his place in the last eight.