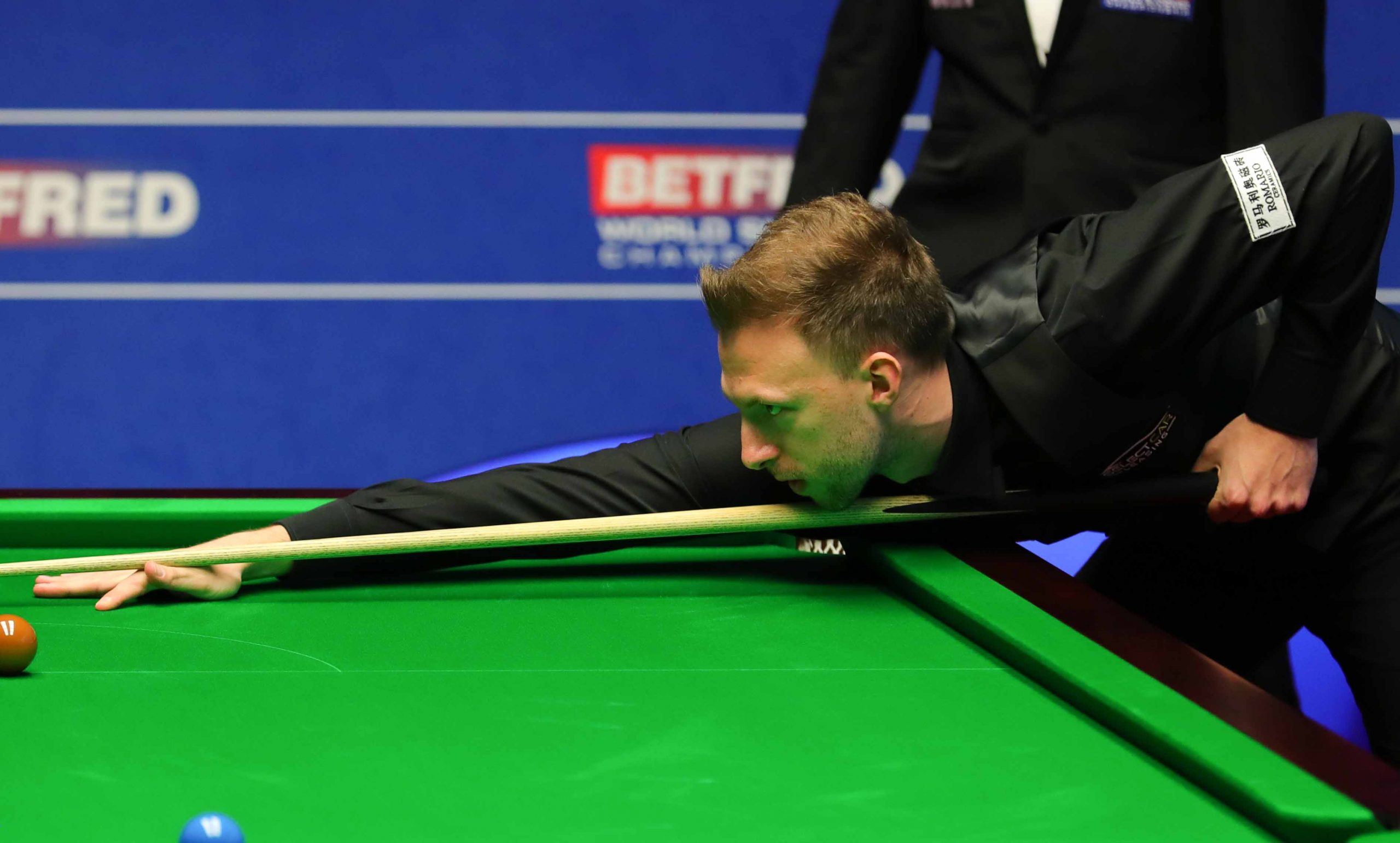 World number one Judd Trump seized the initiative in the opening session of his Betfred World Championship first round clash with Liam Highfield, emerging 7-2 ahead.

The Ace in the Pack has enjoyed another superb season. He’s amassed five ranking title wins with victories at the English Open, Northern Ireland Open, World Grand Prix, German Masters and Gibraltar Open. Winning the World Championship would see Trump equal his own record for most ranking event titles in a single campaign.

Highfield is appearing at the Crucible for the second time in his career, having come through qualifying last week. He defeated world number 17 Zhou Yuelong on Judgement Day.

Trump came flying out of the traps this afternoon. The 2019 World Champion composed a break of 116 on his way to establishing a 3-0 advantage. However, Highfield edged the last frame before the mid-session to remain in touch at 3-1.

When play resumed Trump started to move clear. A break of 75 gave him the fifth, before he cleared with 65 to steal the sixth on the black.

Highfield kept himself in contention with a break of 77 to make it 5-2. However, back-to-back runs of 86 and 73 saw Trump end 7-2 ahead. The 22-time ranking event winner ended the session with a 95% pot success ratio.

The pair will return tomorrow at 2:30pm to play the best of 19 encounter to a conclusion.