Trump In Danger Of Wilson Defeat


Judd Trump needs a dramatic turnaround from 10-6 behind in the concluding session of his Betfred World Championship quarter-final with Kyren Wilson. 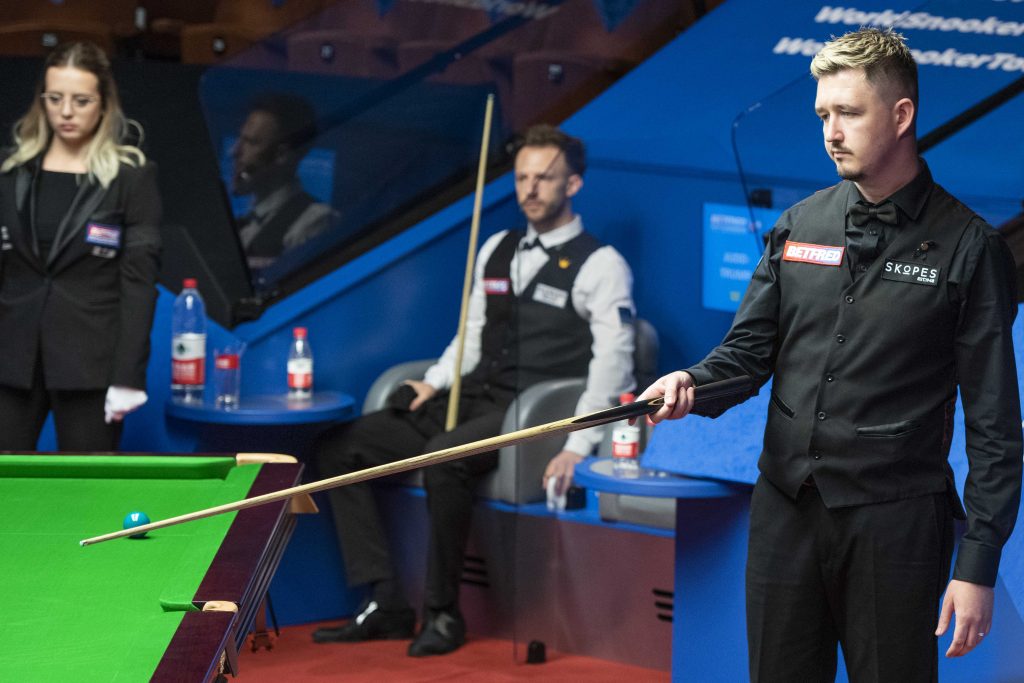 Trump won the title for the first time last year but will become the latest victim of the Curse of the Crucible if he can’t successfully defend the crown. He needs to win seven of the last nine frames against Wilson when they resume at 2.30pm on Tuesday. The world number one has looked well below his brilliant best so far and will surely need to raise his game to survive.

Wilson is aiming to reach the semi-finals in Sheffield for the second time, having lost to John Higgins in the last four in 2018.

Trailing 5-3 after the first session, Trump took the first frame tonight with a break of 73. Wilson took the next with a 65 then Trump’s 70 made it 6-5. Frame 12 came down to the colours and Wilson missed the pink of its spot, but was then relieved to see Trump fail to pot the black to a baulk corner. World number eight Wilson won a safety tussle and slotted the black into a centre pocket to make it 7-5 at the interval.

Trump, winner of six ranking titles this season, made a 64 to win frame 13, but then saw the contest slip away from him in the later stages of the session. Wilson’s breaks of 94 and 80 stretched his lead to 9-6. In frame 16, Trump led 47-22 when he missed a mid-range red to a top corner, and his opponent punished him with an excellent 63 clearance. 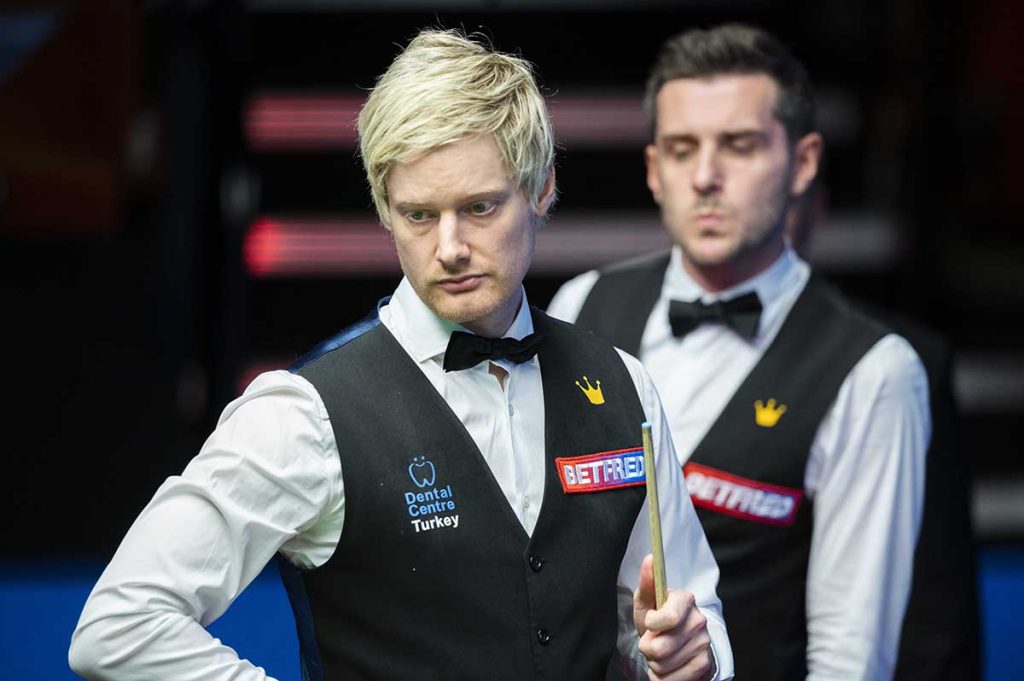 On the other table, three-time Crucible king Mark Selby opened up an 11-5 lead over Neil Robertson. They are back on the baize at 10am with Selby needing just two frames to reach his sixth world semi-final.

Leicester’s Selby took a scrappy opening frame tonight to lead 6-3 then made a 92 to extend his advantage. Australia’s Robertson cleared from the last red to steal frame 11, but Selby took the next in three scoring visits to make it 8-4 at the interval.

In frame 13, Selby cleared from the penultimate red to force a respotted black, but then made a safety error to gift it to his opponent. World number six Selby bounced back by taking the next with runs of 35 and 32.

Second seed Robertson led 30-23 in frame 15 when he missed a red with the rest to a top corner, and Selby punished him with a run of 46 to go 10-5 up. The Englishman finished the session strongly with a break of 76, leaving Robertson in need of a monumental fight-back.