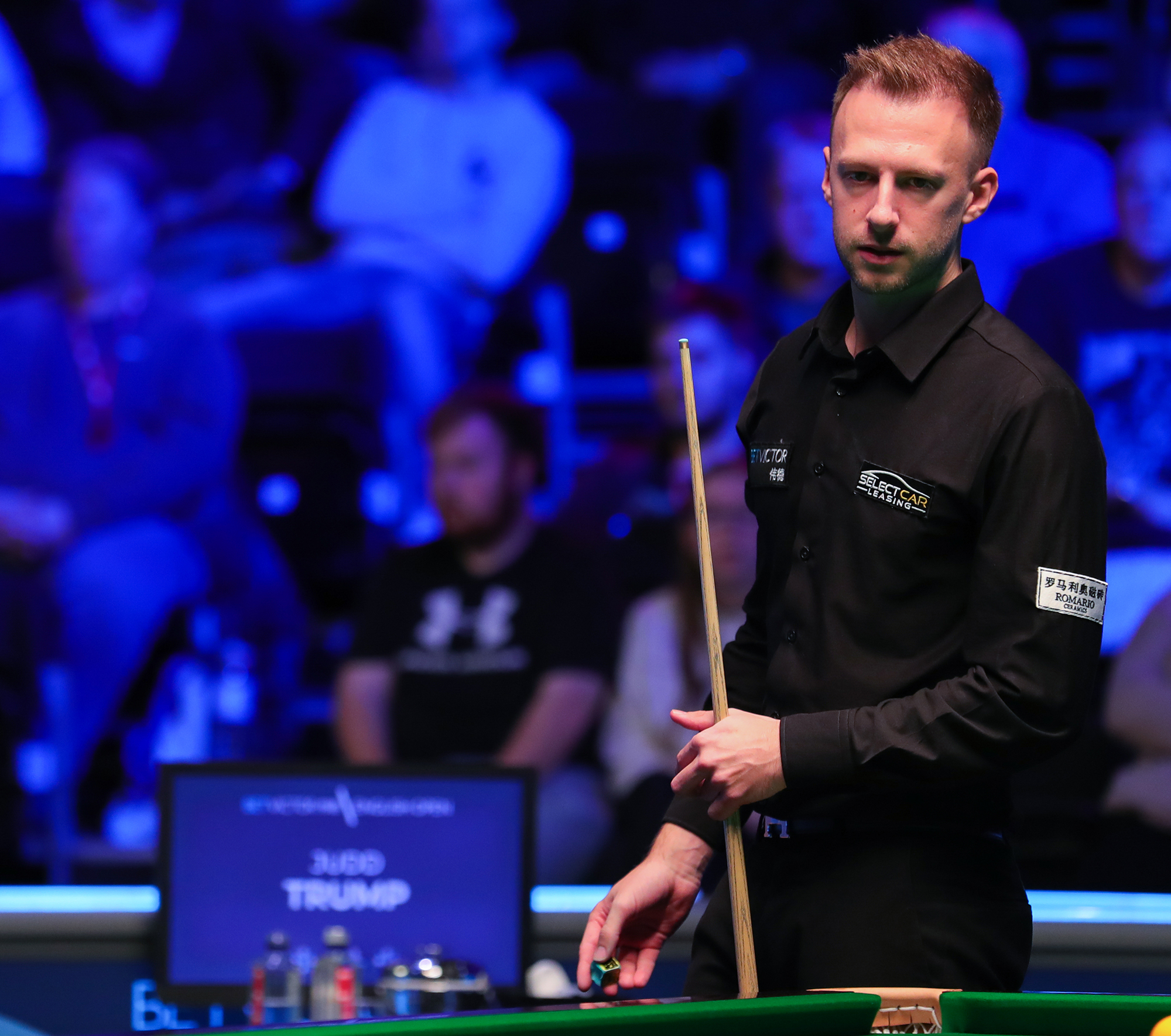 Defending champion Judd Trump secured a comfortable 4-1 win over Matthew Selt in the opening round of the BetVictor English Open in Milton Keynes.

The Ace in the Pack lifted the title here 12 months ago to a very different backdrop. Due to the pandemic, there were no fans on site to witness Trump win a thrilling final with Neil Robertson 9-8. Last year’s victory was the first of five titles for Trump at a behind closed doors Marshall Arena. Today’s action has seen the World Snooker Tour welcome spectators in Milton Keynes for the first time.

Trump has shown incredible consistency in the during the five year history of the Home Nations Series. He has now played 71 best of seven matches in the series and won 65 of them. Trump holds the record for most Home Nations titles on four.

The 2019 World Champion asserted his authority in the early stages this afternoon, composing breaks of 90, 53 and 73 to establish a 3-0 advantage. Selt kept himself in the running by taking the fourth with a run of 89. However, a century break of 109 from Trump wrapped up the tie. He now faces Jimmy Robertson up next.

Trump said: “It felt unrecognisable out there. It is the same driving up and staying in the hotel, but out in the arena just feels completely different. It felt a lot more like a really big event. Even though it is the same tournament as last year, it is so special having the crowd there and that is something that I really missed.

“I was really proud of what I achieved last season, but I wasn’t taking a lot of enjoyment out of the events. I just became a robot that was used to winning. It became a habit. I’d drive home, my brother would greet me for ten minutes and I’d go to bed. That was it. There was no special feeling. I wasn’t ungrateful, but it didn’t mean that much to me. Now having crowds back and seeing how much it meant to Mark Allen winning in Northern Ireland has really got me up for this season. I’d love to be able to get out there winning again.”

World Champion Mark Selby got his campaign underway with a 4-2 defeat of Sanderson Lam.

Selby is guaranteed to overhaul Trump and become world number one at the end of this event, regardless of the outcome. That is because Trump’s prize money for winning the 2019 World Open and 2019 Northern Ireland Open will fall off his ranking.

Selby made breaks of 90, 119 and 73 on his way to victory today. He faces teenager Jamie Wilson in the second round.

Fan Thrilled To Bounce Back

BetVictor European Masters – Where To Watch