Trump Reaches Yet Another Semi-final 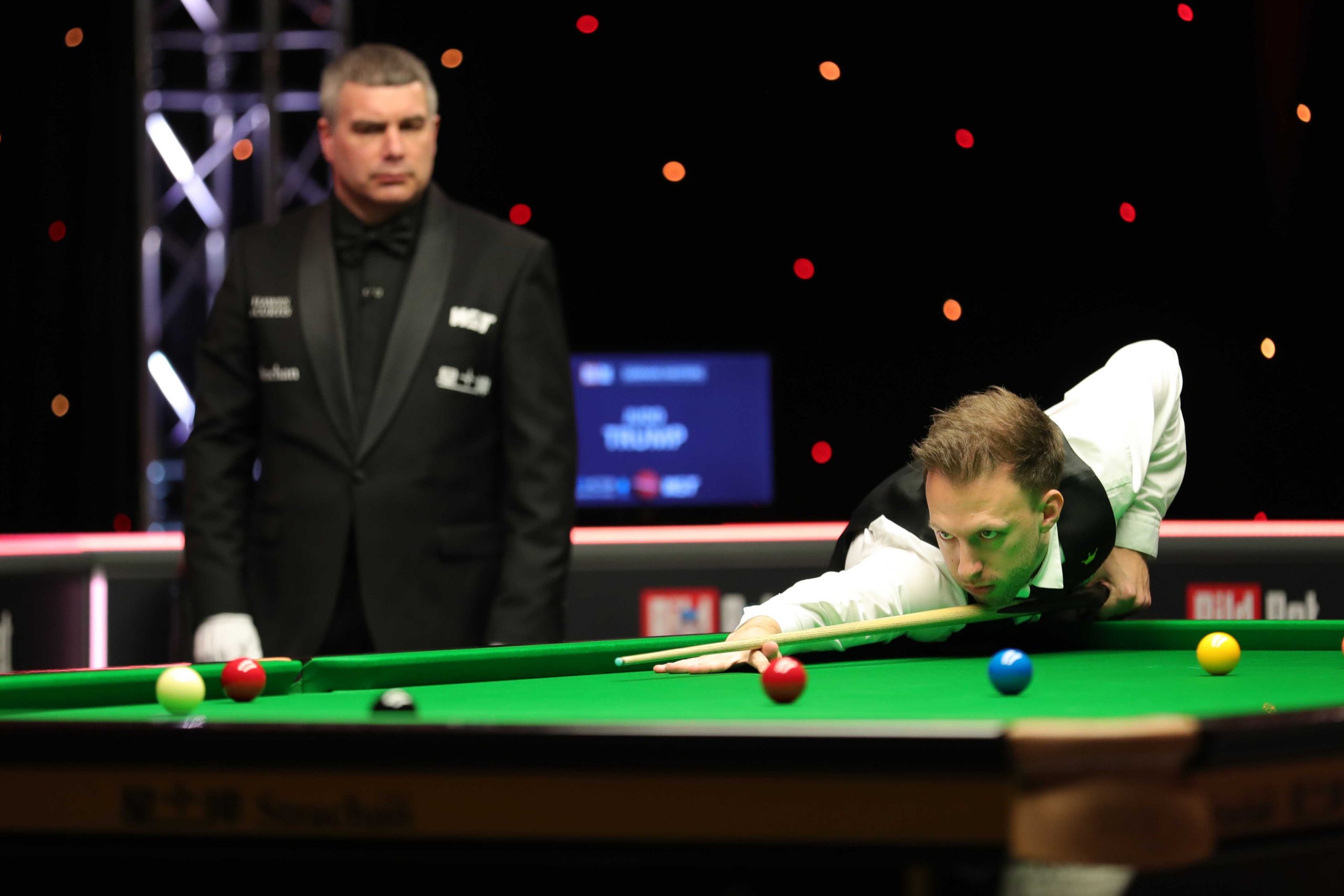 World number one Judd Trump is through to the semi-final stage for the eighth time this season, after battling past Asian number one Ding Junhui 5-3 at the BildBet German Masters.

The Ace in the Pack has already notched up three titles so far in the campaign, having won the English Open, Northern Ireland Open and the World Grand Prix. His eight semi-final appearances have come from just nine tournaments so far.

Defeat for Ding extends his run without silverware. China’s 14-time ranking event winner has now gone over a year without capturing a title, his last coming at the 2019 UK Championship.

After Trump took the opener, he produced a phenomenal shot during a break of 101, which saw him claim the second to move 2-0 ahead. Trump came in and out of baulk with check side to develop the final red, in a shot which commentator David Hendon described as “criminally good”.

They traded frames, as Trump edged 4-3 ahead. The Bristol cueman then got over the line in a hard fought and decisive eighth frame, which lasted 36 minutes, to emerge a 5-3 victor.

“It has been incredible consistency (to reach seven semi-finals), that is something I’m proud of. I have worked very hard this season and I’ve practised very hard for this tournament as well. With what is going on, I’ve moved back to Bristol in the mix of things. I’m proud of how I’ve dealt with it and it has been an excellent season which will be very tough to top.

“The shot in the second frame is one I love playing. I love the exhibition shots at the end of the frame. For that to come off is one in a thousand. It is literally that hard. As soon as I hit it, I knew I hit it well.”

World number 18 Hawkins hasn’t appeared in the last four of a ranking event since the 2019 World Grand Prix, when he lost to Trump. However, in the five semi-final meetings between the pair, he has won three of them.