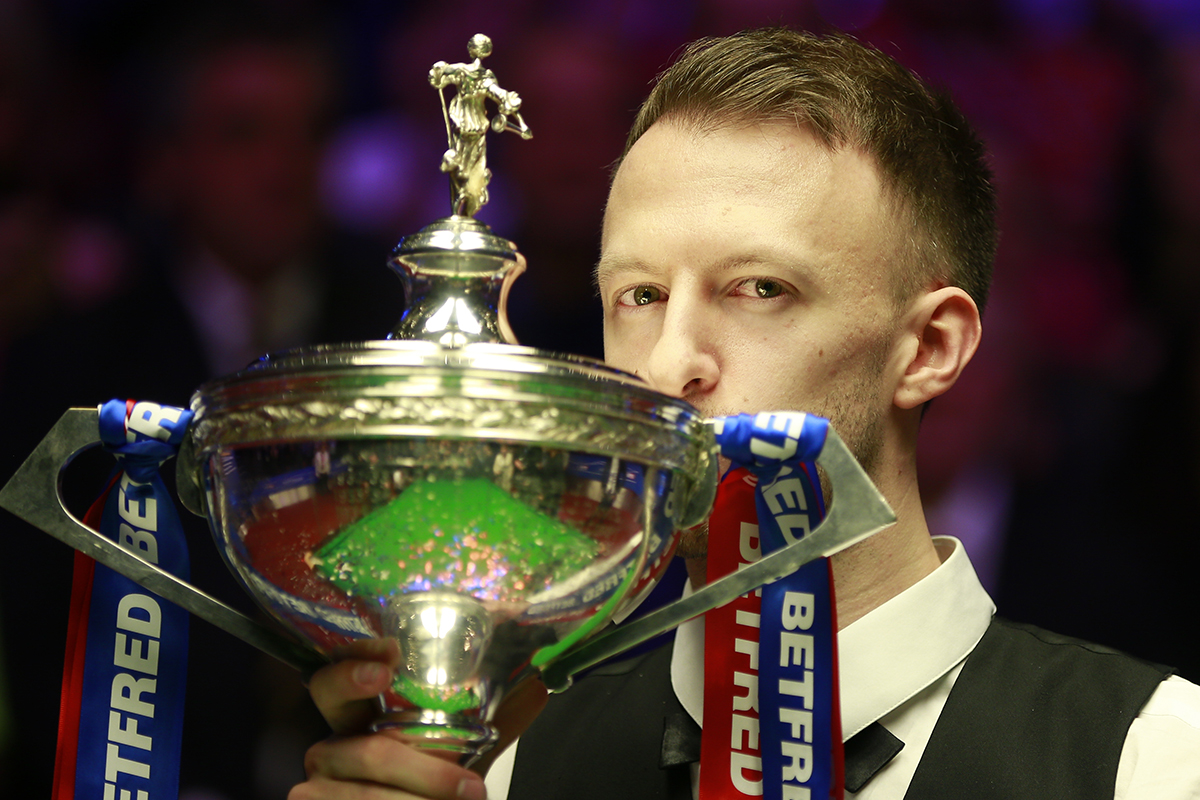 World Champion Judd Trump is relishing the chance to defend his Crucible crown at the upcoming Betfred World Championship, admitting he had feared the coronavirus pandemic may rob him of the opportunity.

The Ace in the Pack secured his maiden World Championship win more than a year ago, with an 18-9 defeat of John Higgins in the final. Since then he has gone from strength to strength with a sensational 2019/20 campaign.

World number one Trump returned to the summit of the world rankings for the first time since 2013 in the early stages of the season. Just before lockdown halted the World Snooker Tour, Trump notched up a record sixth ranking title of the campaign at the Gibraltar Open.

After the World Championship was originally postponed, Trump will now have the opportunity to try and break the Crucible Curse later this month. No first time World Champion has ever successfully defended the title at the Theatre of Dreams, but Trump believes that may work actually work to his advantage.

“There is no pressure on me. Every great of the game, has never done it. It is about getting over that first hurdle. I don’t want to go out there and lose first game. There will be a bit of pressure on that, but if I can get over the first round there is no reason I can’t go and do well,” said 30-year-old Trump.

“It is going to be a little bit different behind the scenes. Just being able to walk out there into that arena, even if there is nobody there, is going to be special for me. I just want to enjoy it and take that chance that was nearly taken away from me.

“At one point I think everyone was quite worried it might not go ahead. The logistics of putting on a tournament this big and the qualifying stages was always going to be difficult. I think everyone involved in snooker, has done an amazing job with the Championship League and again with the top eight tournament. Barry is always going to find a way, if it is possible, to get everything done. I think snooker is in a good place. It is just exciting now to look forward to that event.”

Trump and Higgins produced one of the highest standard finals the Crucible has ever seen last year. The pair notched up 11 century breaks between them, the most ever made in a professional match. It was a repeat of the 2011 final, where Higgins triumphed 18-15. Bristolian Trump admits he enjoyed his first world title coming courtesy of a win over four-time Crucible king Higgins.

“It was even more special playing John. After what happened in the 2011 final, it was nice to get revenge. It was so comfortable in the end that I was able to enjoy it. A lot of my finals, you don’t know what has happened, winning 10-8 or 10-9. This was one I could enjoy, as well as the Masters final against Ronnie O’Sullivan. Both times I played two of the greatest people to ever play the game and have been able to take in what was going on and be comfortable out there.

“There was no other emotion than pure relief at the end. It was overwhelming to finally win it. So much pressure and relief just left my body after that event. I think you have seen this season, I have been able to fully enjoy myself and relax. I’ve proved what I am able to do on the table and everyone has now seen what I am capable of doing. It is about keeping the consistency up now.”