Judd Trump eased to a 4-0 victory over Dean Young in the second round of the Cazoo British Open, and would finish the week on top of the world rankings if he wins the tournament.

Ronnie O’Sullivan’s first round exit has opened a window for Trump to take over as world number one, if he can land the £100,000 top prize in Milton Keynes. The Bristolian was in tremendous shape today as he whitewashed Young in just 61 minutes with breaks of 52, 84, 100 and 64. 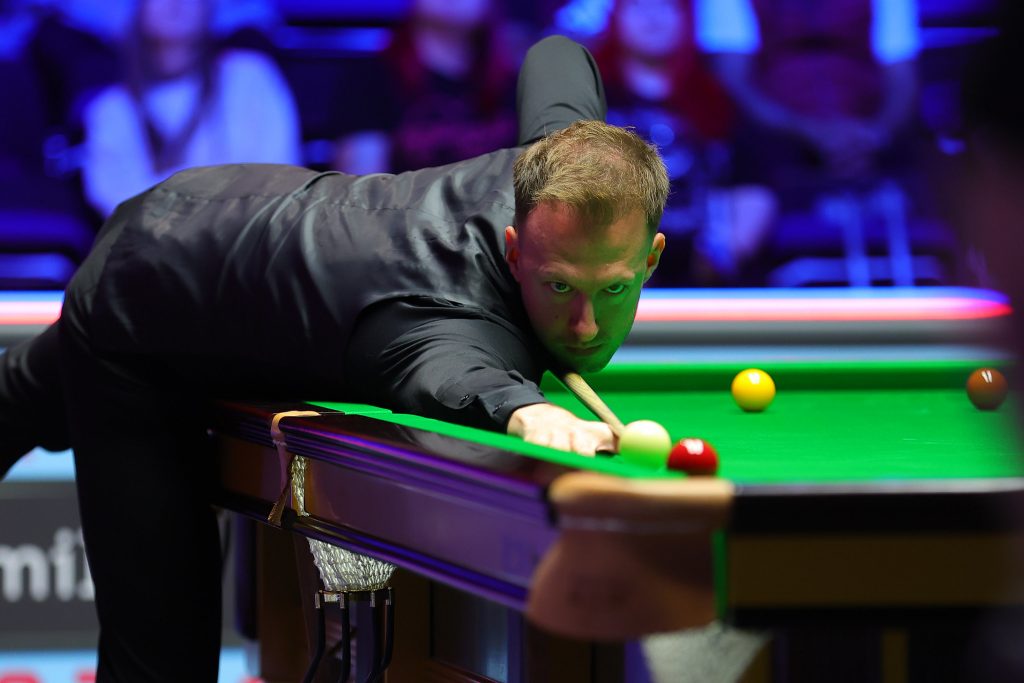 “It would be nice to get to number one off the back of winning a tournament, that would give me an extra sense of achievement,” said 2019 World Champion Trump, who now meets Xu Si on Thursday afternoon. “Any time you get to number one is special. Every time I was among the balls today, my position was good, I was in control and making breaks.”

Trump played in the BetVictor World Mixed Doubles last weekend, alongside O’Sullivan, Neil Robertson and Mark Selby. Asked how he feels his game compares to those three fellow titans of the sport, he replied: “When I play my best, I feel no one’s game can live up to mine, but I’m sure the others would say the same. Selby is looking like he is back to his best. Snooker is in a healthy place.”

Ding Junhui, who has slipped to 34th in the rankings having not won a title since 2019, showed signs of a return to form in a 4-1 win over Joe Perry, highlighted by runs of 73, 66, 84 and 50. “I am trying hard and practising a lot,” said China’s Ding. “Snooker fans still love to see me win any tournament. I am still trying, I am not giving up. Family is more important now, but snooker is still my career.”

Ding Junhui has spoken about the importance of family over sport.

He will eventually "go home"

Who is hoping The Dragon will play forever? #BritishOpen pic.twitter.com/Y8Emo8aceZ