Trump Through To Second Berlin Final 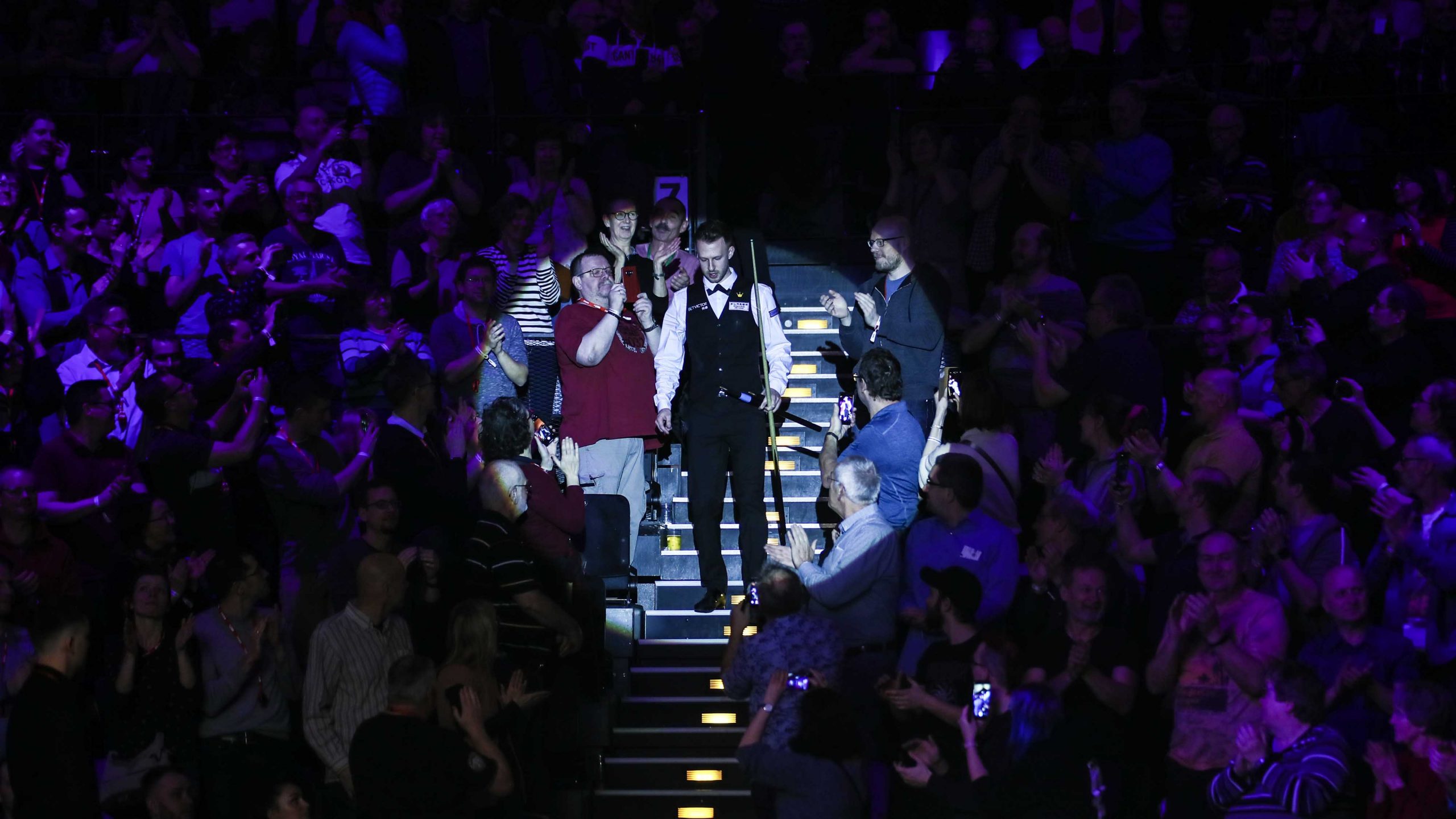 Judd Trump secured his place in the final of the BetVictor German Masters following a hard fought 6-4 defeat of Graeme Dott in Berlin.

World Champion Trump is through to his fifth final of the current World Snooker Tour season. Trump, a winner of 14 ranking titles, has already secured victories at the International Championship, the World Open and the Northern Ireland Open this campaign. He was runner-up to Neil Robertson at the Champion of Champions.

The Ace in the Pack is a former finalist in Berlin, having lost to Ding Junhui in 2014, but he is yet to pick up the title at the Tempodrom. Tomorrow will be the 24th ranking final of his career and he will face either Shaun Murphy or Neil Robertson over 17 frames for the title and the £80,000 top prize.

Dott, who was runner-up to Mark Williams in 2018, leaves with the consolation of £20,000 for reaching the semis and will now turn his attention to next week’s Coral World Grand Prix in Cheltenham.

They traded the first two frames today, before Dott stole the third on the black. Scotland’s 2006 World Champion then had a chance to move further ahead, but missed a red to the top corner which allowed Trump to step in and level at 2-2 heading into the mid-session.

The match continued to swing back and forth, until Trump seized the initiative by composing a break of 70 to move 4-3 ahead. The following frame came down to a lengthy safety battle on the final brown. Eventually Dott prevailed, clearing the table after depositing a steely black to draw level at 4-4.

Trump produced his best at the crucial moment in the ninth frame, potting a long red from a Dott safety and firing in a break of 110 to move one from victory. He wrapped things up with a break of 42 in the next to secure his place in the final. 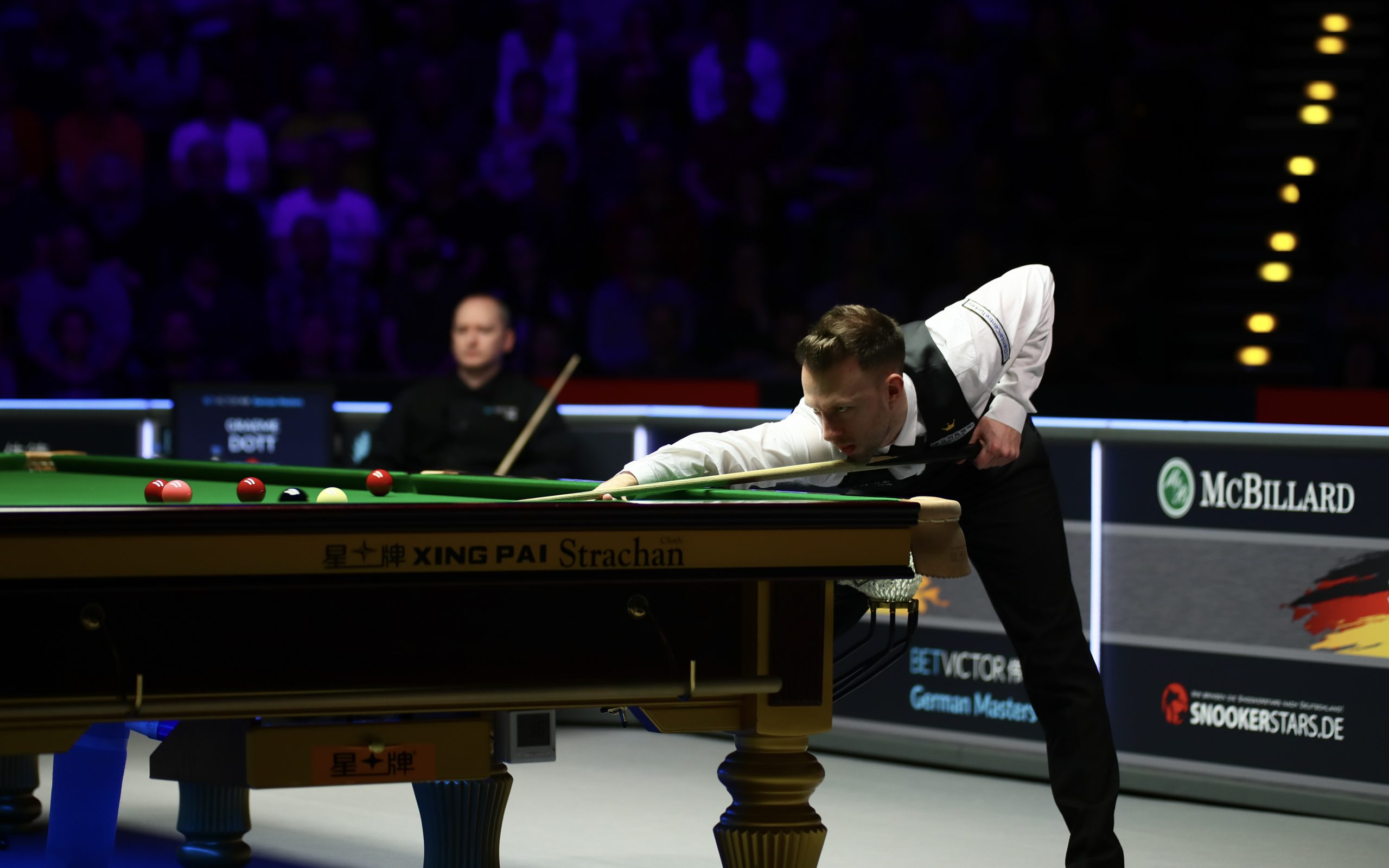 Trump said: “I missed my opportunities early on. Graeme kept fighting back and I just tried to stay positive after he made it 4-4. I know from experience in the past that when an opponent wins an important frame they can get so pumped that they forget to do the rest of the job. I made a great break in the next frame to go 5-4 up.

“This is one of the best venues when it gets down to one table. It is up there with the Masters. The noise when you walk out is amazing. The crowd support both players. Every single game they are very fair. It is an excellent arena for snooker.

“It is important to try and tick off all the events that I haven’t won. It is always nice to go to new places and win new events. This is one I haven’t won in the past and that I always look forward to coming to.”

Dott said: “I felt I got what I deserved out of the game. I thought Judd was the better player and I was hanging on. You never know what could have happened when it went 4-4. It could have changed, but it didn’t.

“My game has been good. It has been consistent. You are just hoping that it all falls in the one week. It could have been this week, but it wasn’t so we go to next week and try again.”