Turker On Top In Istanbul

Organised by the Turkish Billiard Federation, a new record of 80 players took part in the event at the Frame Snooker and Pool Academy in Istanbul with competitors as young as 12-years-old on the baize. 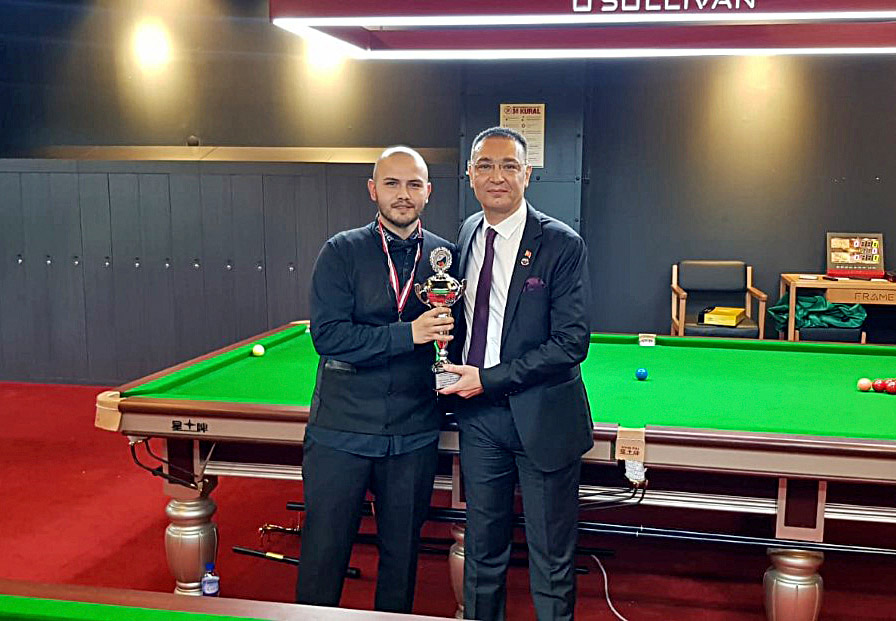 Call me Ismail…Turker went home with the silverware

Winner of the inaugural edition in 2016, Turker has recently been based in Germany where he has been working hard on improving his game. Having missed a previous event, Turker was not one of the seeded cueists in this tournament and therefore had to go through the initial groups phase.

However, Turker managed to qualify for the last 32 knockouts where he defeated Orhan Can Temiz 3-0, Tuncay Celik 3-1 (with breaks of 53 and 73), last year’s runner-up Serdar Istanbullu 3-0 and Kivanc Karahan 4-1 to reach the final.

There, he faced defending champion Bakirci in what was a repeat of a previous national final in which Bakirci came back from 3-0 down to triumph 4-3. This time, though, it was Turker who emerged from the contest to claim the championship for the second time in his career.

As finalists, both Turker and Bakirci will be invited to take part in the recently rescheduled World Snooker Tour Turkish Masters professional ranking event in March 2022.

Jason Ferguson, WPBSA Chairman said: “I am delighted to see the resumption of amateur snooker in Turkey with the staging of these Championships. I would like to congratulate Ersan Ercan, President of the Turkish Billiard Federation and Tournament Director Muhammed Leysi for their organisation of the event and we look forward to taking the World Snooker Tour to Antalya in March.”

Thank you to Turkish-based WPBSA Snooker Coach Umut Tore for his assistance in compiling this article.