The draw for the UK Championship qualifiers has been made, with every player outside of the world’s top 16 now having to qualify in Sheffield before making it to York.

The tournament has changed this year to the format used by the World Championship, with the top 16 heading straight to the Barbican and everyone else battling it out to join them there.

This means the likes of Stephen Maguire, Zhou Yuelong, Hossein Vafaei and Ali Carter only need to win two matches to make it to York, but those in round one must win four.

Fu, coming off his fine run to the final of the Hong Kong Masters, has a very tough run just to get to the fourth and final round of qualifying, with Bai, Oliver Lines and Anthony Hamilton to come in his section.

The qualifiers run from 5-10 November at Ponds Forge in Sheffield, with a provisional format of play available here. 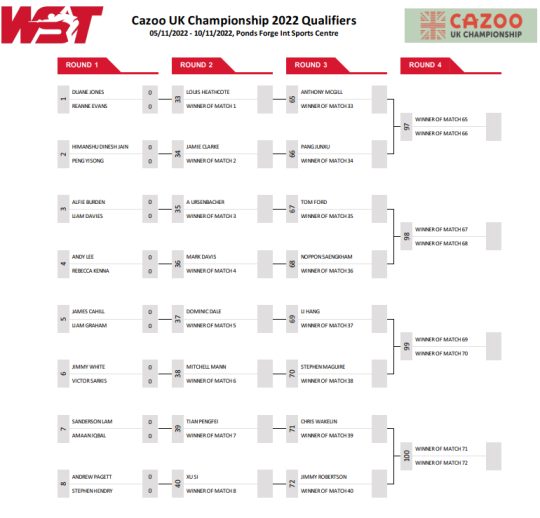 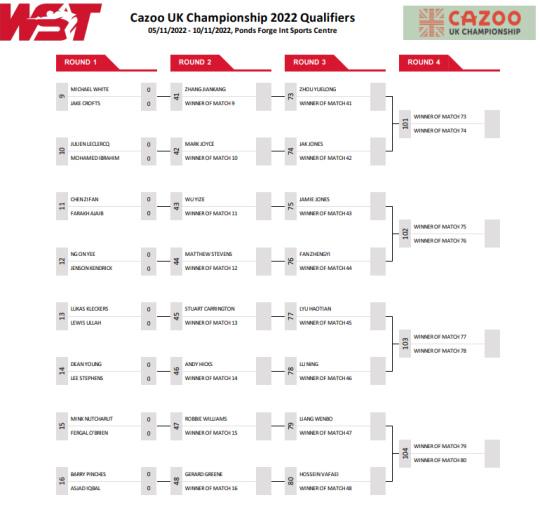 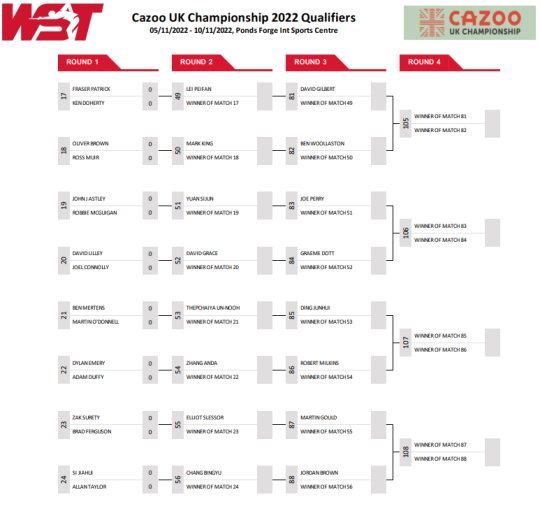 Round one is played Saturday and Sunday, round two Sunday and Monday, round three on Tuesday and the final two rounds on Wednesdy and Thursday.

All matches are played over a best of 11 frames.