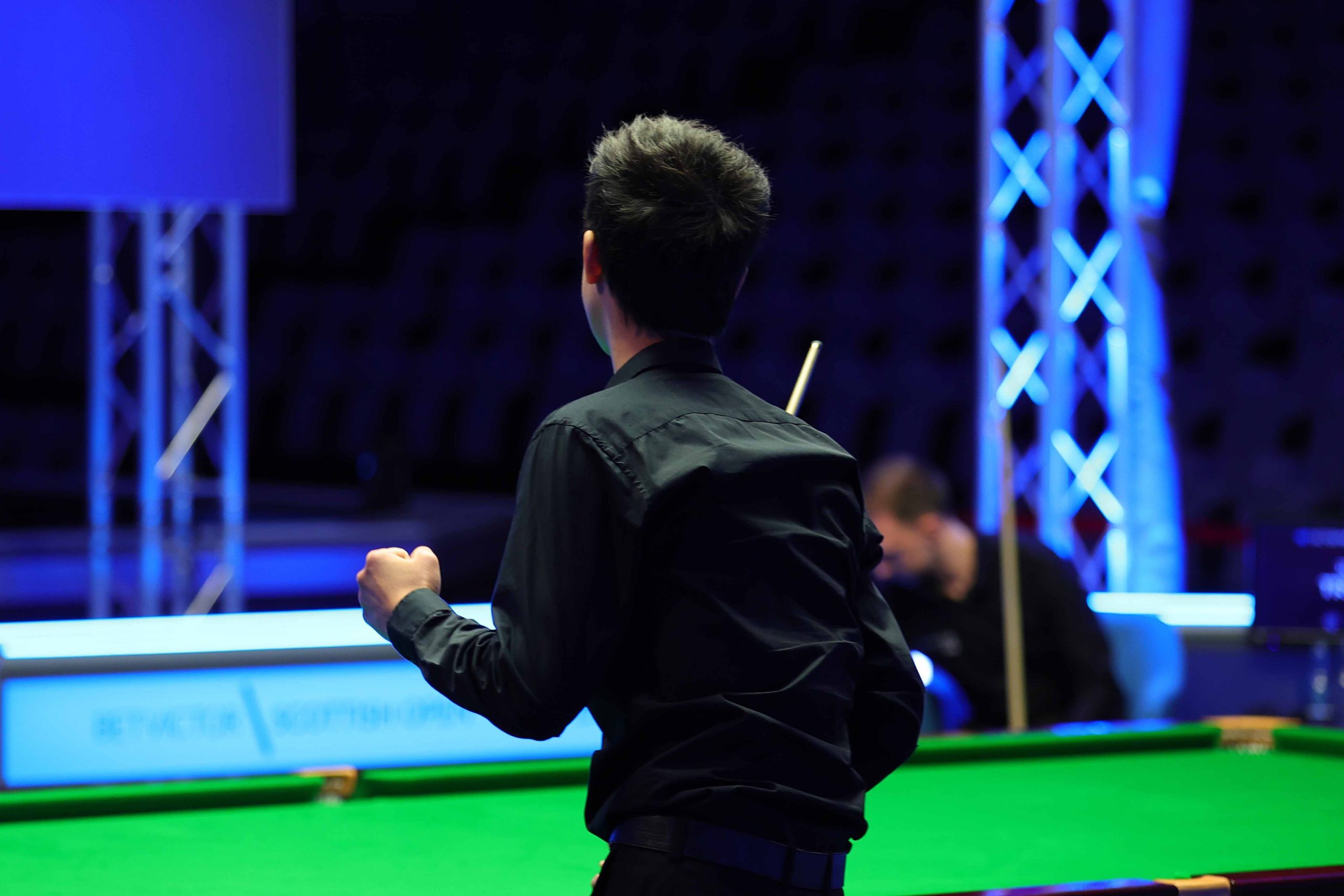 Thepchaiya Un-Nooh scored his first ever win over Judd Trump, in the most thrilling fashion imaginable, beating the world number three 5-4 on a respotted black in the decider at the BetVictor Scottish Open.

The pair had previously met five times on the World Snooker Tour, with 23-time ranking event winner Trump prevailing on each occasion. The most painful of those losses for Un-Nooh came in the opening round of the 2019 World Championship, where he was narrowly edged out 10-9. Trump went on to win his first and only Crucible crown to date.

Victory sees Un-Nooh end his losing streak against the Bristolian progress to his seventh ranking event semi-final, where he will face Gary Wilson. The Thai cueman landed a maiden ranking title at the 2019 Shoot Out, but is yet to taste silverware in a full format event.

Defeat will come as a tough pill to swallow for Trump, who hasn’t lifted the Stephen Hendry Trophy before. He will have to wait another year for that and also continues his hunt for a first title of the season. The Ace in the Pack was runner-up to Ronnie O’Sullivan at the Champion of Champions last month.

The match got underway at a rapid pace, with the pair putting on a show for the packed crowd in Edinburgh. Breaks of 53 and 79 from Un-Nooh and 104 and 102 from Trump saw the first four frames shared and they went into the interval locked level at 2-2.

Trump edged in front when play resumed, but Un-Nooh claimed a tight sixth to restore parity at 3-3. A contribution of 86 from Trump gave him the seventh, before Un-Nooh responded with 104 to make it 4-4 and set up a dramatic decider.

It came down to the final two balls and Trump had the chance to clear and steal. He missed the pink with the rest while trying to develop the black. It was left at the mercy of Un-Nooh, who potted it left himself a tricky black for the match. Un-Nooh then missed a rest shot of his own and Trump deposited the black to make it 55-55. Eventually Trump had a chance to the yellow pocket but missed it and left a simple black, which Un-Nooh potted to secure a momentous victory.

“I am still excited. I have one thing to say. Everything has a first time. I’ve never beaten Judd before. I believe in myself and I can do it. I beat him today and I’m so happy.” said 37-year-old Un-Nooh.

“I lost to him 10-9 at the Crucible. I have never forgotten that match. He won the world trophy as well. I am so happy to beat him today.

“I had to be positive on the first black I missed with the rest. I thought I would pot it, but my cue speed wasn’t fast enough, it was too slow. I was so happy to get over the line. The table is fast, I thought the black Judd missed wouldn’t roll far enough for me, but it did.”

The second quarter-final was a battle of the Wilsons, with Gary battling past Kyren by a 5-3 scoreline to make his sixth ranking event semi-final.

The Wallsend cueman’s most recent appearance in the last four came during his run to the 2021 British Open final. He was runner-up to Mark Williams on that occasion. Wilson will be hoping to go one step further this weekend.

He crafted breaks of 65, 60 and 74 on his way to the win. He’ll face Un-Nooh in the first semi-final tomorrow afternoon over the best of 11 frames.