John Higgins described a 5-4 defeat against Thepchaiya Un-Nooh at the BetVictor European Masters as a “tough one to take” as he failed to capitalise on a 4-2 lead.

Thailand’s Un-Nooh is through to the quarter-finals in Dornbirn where he will meet Neil Robertson, who beat Graeme Dott 5-2.

Four-time World Champion Higgins admitted yesterday that his game these days is a mixture of good and bad performances, and today’s result is certainly a blow as he is yet to reach a ranking final this season. 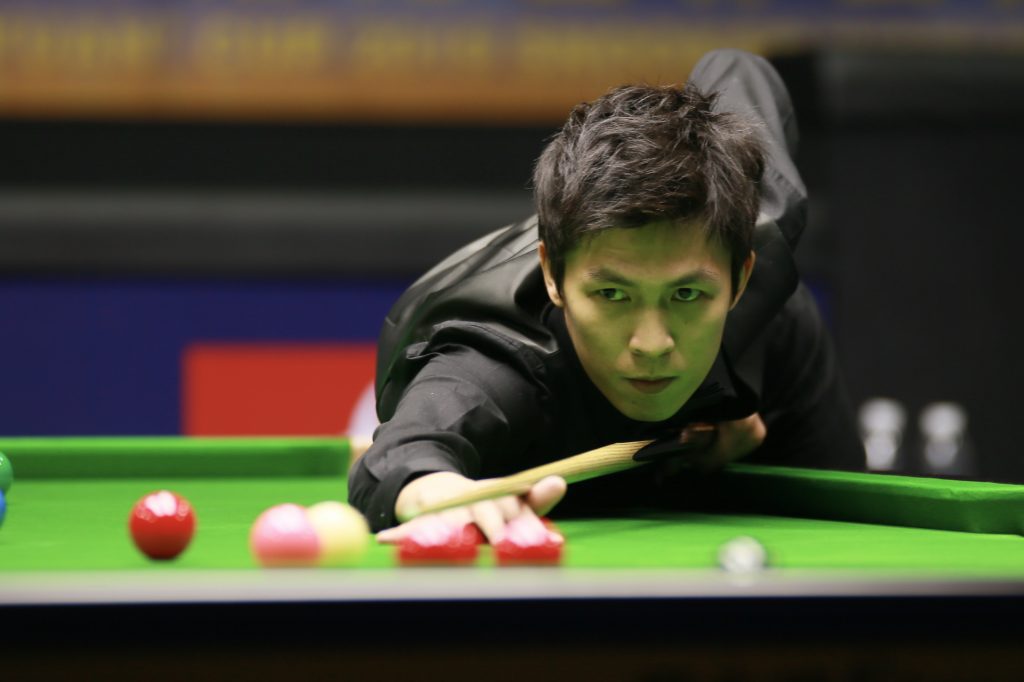 He opened the match with a break of 92 and later led 4-2 but passed up several chances to finish the tie in frame seven, notably missing the final yellow after his opponent had gone in-off. Un-Nooh cleared the table then got the better of frame eight before making a superb 89 in the decider.

“I have always wanted to beat John, to do that for the first time today is a dream come true,” said Un-Nooh, who won his first ranking title at the Shoot Out last season. “I have always watched him and tried to learn from his safety game, even when he has beaten me. Deep down I hope I can win another tournament.”

Higgins said: “It’s a tough one to take, I should have won 5-2. If you don’t take your chances the balls don’t forgive you. Finishing off matches gets harder as you get older. Thepchaiya made a great break in the last frame.”

Robertson reached his first ranking event quarter-final of the season by beating Dott with top breaks of 51, 52, 75, 50 and 50.

It has been a roller-coaster campaign for Robertson as he won the invitational Champion of Champions in November but has suffered a few mishaps in ranking events, including a cancelled flight which caused him to miss the Riga Masters and a navigational error which cost him a place in the World Open.

But the Australian still has time to add to his tally of 16 ranking titles this season. “Things are in my hands, I have done enough to qualify for the World Grand Prix now and there’s still time to get into the other Coral Series events,” said Robertson. “I’ve got a lot of inspiration and motivation to get back into those tournaments.”

Robertson has followed a plant-based diet for several years and managed to find a vegan cafe in Dornbirn. “When I got here I thought I’d just be living off supermarket food and buying loads of fruit,” he added. “Then this morning I randomly walked past a cafe called Vegan Burger. I went in and they do vegan sushi, cakes and all sorts so I’m well in my element there.”

Scott Donaldson followed up yesterday win’s over Kyren Wilson by beating another player ranked inside the world’s top ten, Ding Junhui. Runs of 109, 50 and 76 helped Perthshire’s Donaldson to a 5-2 success.

“I really enjoyed the game,” said the Scot. “I feel very calm and in control of my emotions. I know what I’m capable of and I’m happy with my game.

“The best players win most of the tournaments because they have more ability than the others. I am trying to close that gap by making small improvements. And the results are showing I’m going the right way. I’m trying to cut out the frustration you sometimes get when your opponent plays well or has a bit of luck.”

In the race to qualify for the Coral World Grand Prix in Cheltenham, Donaldson has now moved ahead of Ben Woollaston and into the top 32. Next week’s BetVictor German Masters also counts towards the race so Donaldson is not safe yet, but the £11,000 he is already guaranteed from this event has boosted his chances.

He added: “It will be a bonus if I get in. But I’m just keeping my head down and playing matches.”

Donaldson now plays Ali Carter, who came from 2-0 down to beat Michael Holt 5-4 with a top break of 62.