It was a bittersweet day for John Higgins at the Cazoo British Open as he became the second player in snooker history to reach the landmark of 900 career centuries, but suffered a cruel 4-3 defeat against Yuan Sijun.

Higgins led 64-8 in the deciding frame but missed match-ball red to a top corner and that proved a crucial error as China’s Yuan made 31 then played safe, before clearing the colours to snatch victory 66-64.

Livid Higgins was barely consoled by the fact that he has become with only player other than Ronnie O’Sullivan to cross the 900 mark. “It is a milestone but I would have much preferred it to have happened in a win,” said the Scot. “It is unforgivable how you can’t close it out like that in the last frame – just unforgivable. You can add this to the list of so many times when I have collapsed near the finishing line. It only gets worse as you get older.” 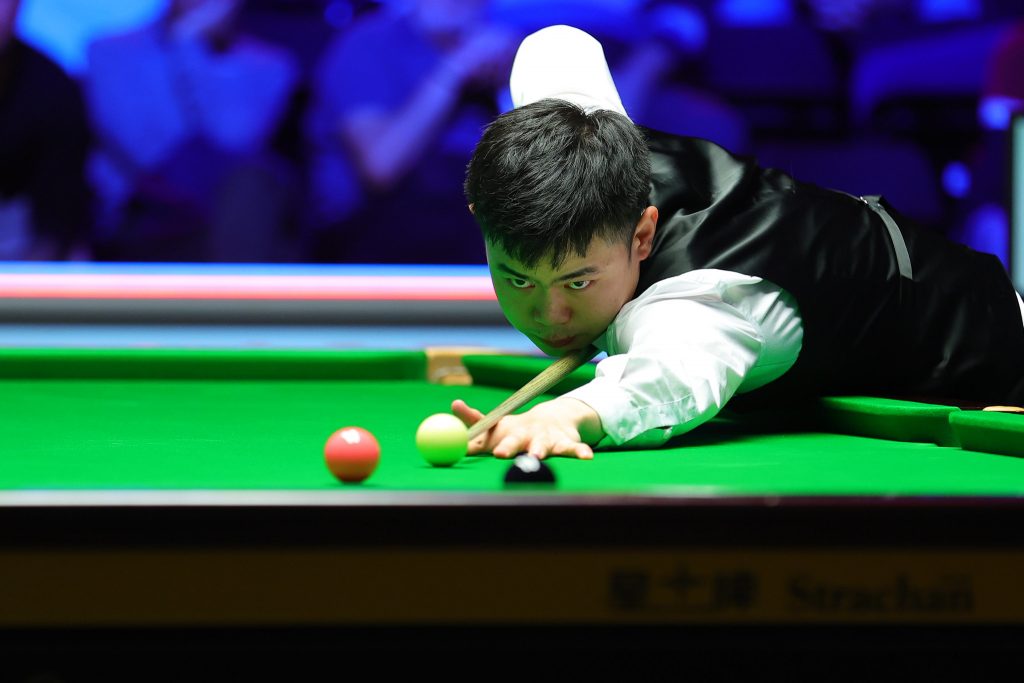 Yuan took the opening frame, then in the second Higgins was on course for a 147 until he missed the ninth black on 65, and his opponent cleared with 72 for 2-0. World number five Higgins took the next three, making a 132 in frame five. But Yuan took the next with a 72 and won the dramatic decider book his place in tonight’s third round draw.

Performance of the day came from Cazoo UK Champion Zhao Xintong as he compiled runs of 112, 128, 101 and 52 in a 4-1 defeat of Stuart Bingham. “I didn’t miss a shot in the first three frames,” said Zhao. “There is pressure on the main table but I enjoy that.” 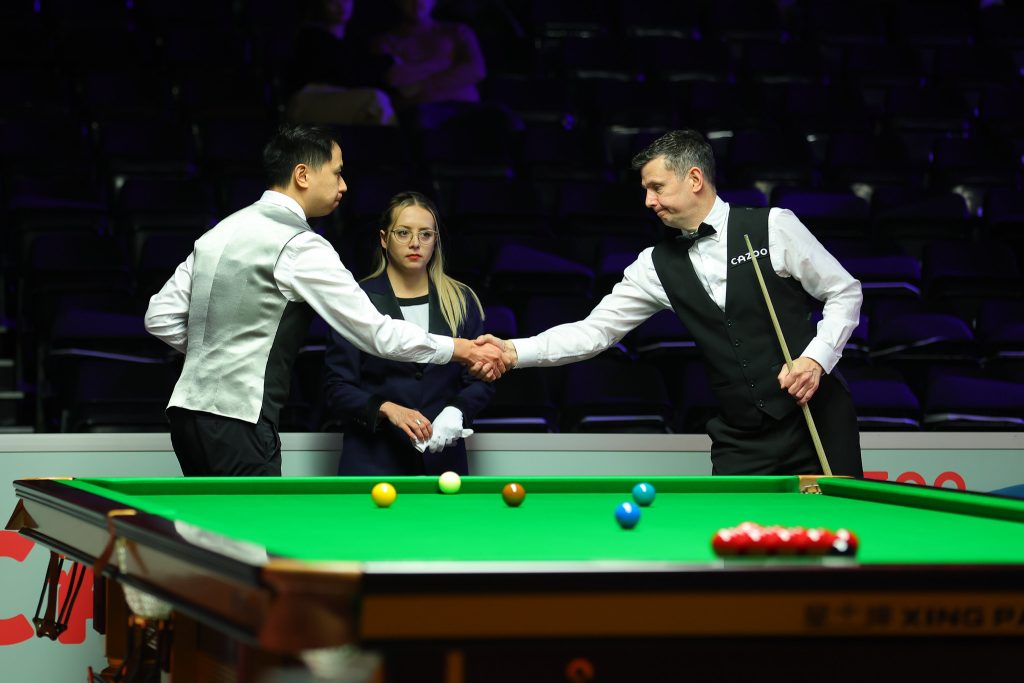 Xiao and Lines shake hands before battling on the baize

Xiao Guodong beat Peter Lines 4-1 in a match between two players who were involved in a fiery altercation last season which result in Lines being fined by the WPBSA Disciplinary Committee. This time, China’s Xiao top scored with 119 as he eased into round three.

Graeme Dott’s 4-1 win over Anthony McGill was highlighted by a break of 110, while Lyu Haotian took the last frame on the colours to beat David Gilbert 4-3.