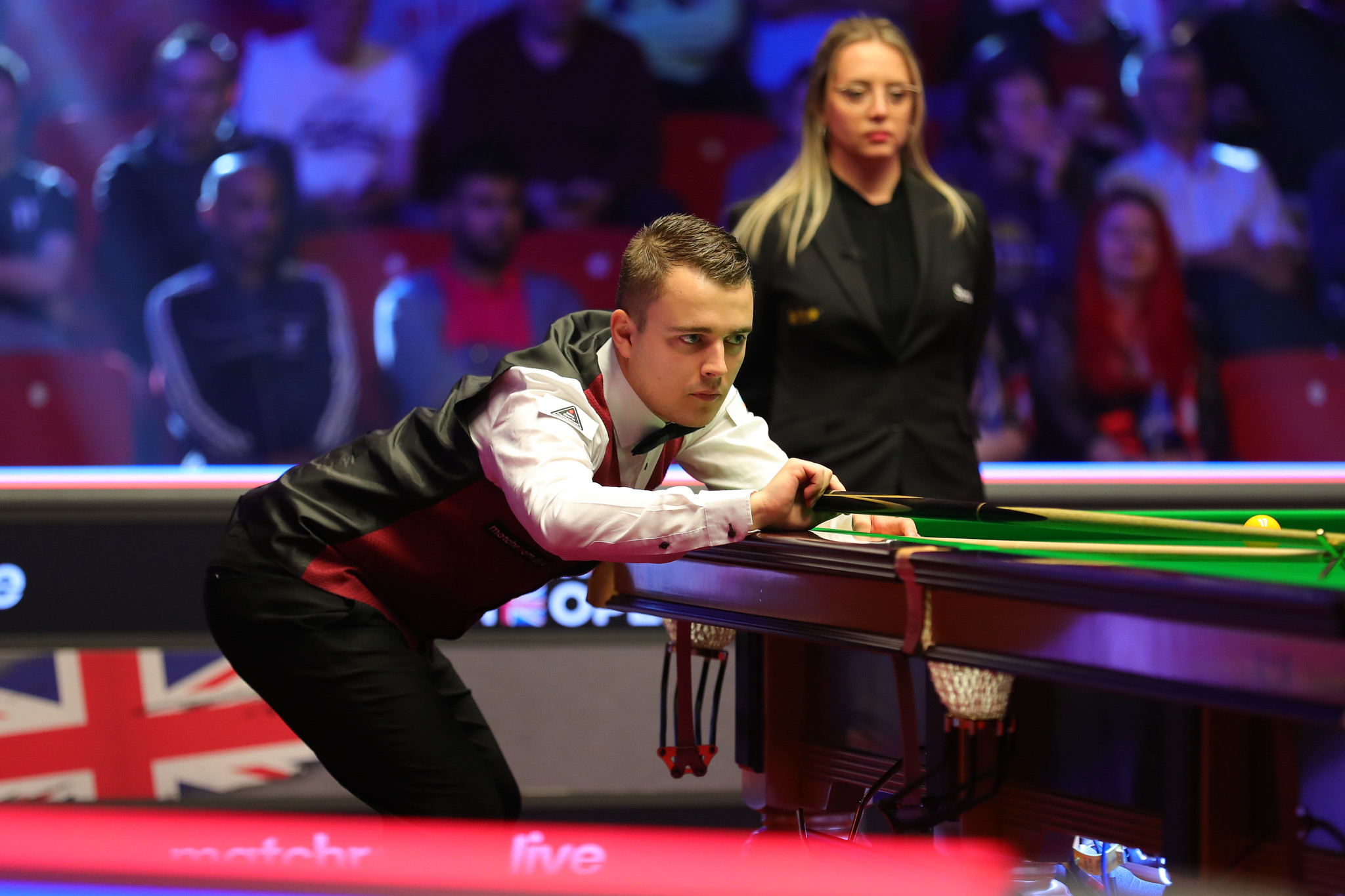 After a difficult 2021/22 campaign, Switzerland’s number one Alexander Ursenbacher has gone back to basics and says he is enjoying his snooker again ahead of an opening round showdown with World Champion Ronnie O’Sullivan at next week’s Cazoo British Open.

Ursenbacher uncharacteristically suffered seven first round defeats in the 11 tournaments he played in last term. That leaves him perilously placed in 63rd position in the world rankings and facing a fight to retain his tour card this term.

Coming off the back of that, many would find the prospect of facing O’Sullivan a daunting one. However, Ursenbacher enjoys a winning record against the Rocket, having triumphed in their only two previous meetings in ranking events. The Basel cueman beat O’Sullivan in the last 32 of the 2019 Welsh Open and the last 64 of the 2020 UK Championship.

Ursenbacher’s more positive approach to this season has been informed by beginning work with a new mental coach, who has helped him to discard technical concerns which have been to the detriment of his game lately.

We spoke with the 26-year-old to discuss his winning record against O’Sullivan, look back on last season and look forward at the current one…

Alexander, what are your thoughts ahead of taking on Ronnie O’Sullivan at next week’s Cazoo British Open in Milton Keynes?

“If you want to be the best or somewhere near the best you need to relish the challenge, but to have any chance you really need to tackle it head on and believe in yourself. It isn’t about who is the better player, or facing the big names, it is about working on your own game and developing. For me, if I am playing the top players, I see it as a great opportunity. They show me where my game is at. After those matches, you know what you need to improve on. Yes there are easier draws than Ronnie, but thinking that way is not the point of top level sport.

“I’ve got two or three friends coming over, because they’ve never seen him play live. It is a funny one, because they want to see him but they will also be happy if I win. I’m not thinking about them anyway, it is nice to have them over to watch.”

Does it give you confidence knowing you have a winning record against him?

“I know Elliot Slessor had a 100% record against him at one point. Ronnie eventually got the better of him. When you play someone over a more extended period, it is just a matter of time until you see who the better player is. I’m not saying that if I end up 3-1 or 4-1 up on him then I would be a better player, no way. It is still a nice challenge though. Whenever two players face each other, it is a mind game. Whoever is better on the day will win. That is what it is all about.”

Why do you think it is that you seem to be so comfortable competing on the big stage?

“I think it all comes from practice. Everyone approaches snooker differently, has different attitudes and different mentalities. When you do put the hours in, you are going to start to play well eventually. That is when you start to realise that you can play on a higher level. When you face these guys, it is normally stressful before the game and you worry about the outcome, but deep down you know that when you are in control and at the table, the game takes care of itself. That is what keeps me going. I know they are great players and their techniques and cue actions are amazing, but at the end of the day if I can transfer what I do in practice then I am capable of achieving good things. I don’t see why I can’t bring that into tournaments. Many players struggle to do that and I can understand why. I have always been a believer in myself, I can’t explain that, it just makes sense in my brain.” 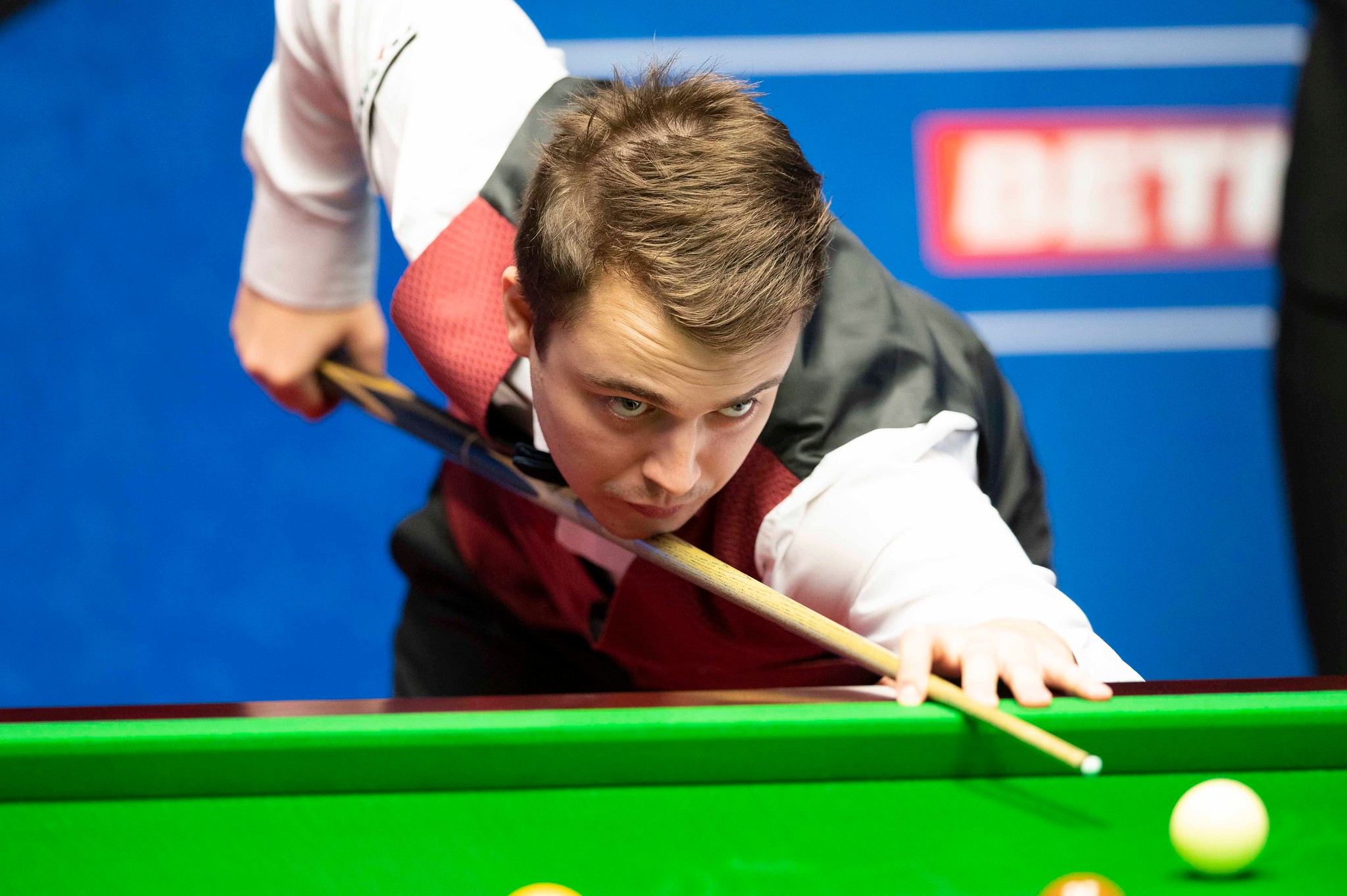 Why do you think you struggled last season?

“I struggled for the whole of last season. I had a great season before and then I started thinking about what I was doing. That is always dangerous in snooker. Everything you do on the table should come from feeling, when you start thinking deeply about it things can go very wrong. I had a great season and in my hopes of keeping it up, I started analysing what I was doing. I struggled because every mistake I made I was wondering why. That is wrong, you should just keep playing. It is all about the win and that is all that matters.

“All of last season I was watching YouTube videos, my interviews and every game just trying to find something that could help me. I eventually realised that was all for nothing. There is no trick, there is no key, it is just about hard work and effort. I could barely make a 50 break and feel good about it last season. I wasn’t in a good spot. I was always worried about things, my game, not spending time with loved ones in Switzerland and not earning money. I was in a bad place. I’m working with a mind coach called Noel Flannery now and I am in a good spot now.”

What has Noel been teaching you?

“He basically helps you to understand yourself, your thoughts and your feelings. Sometimes players do things on the table and act differently under match situations. Some don’t know why or what to do. I’ve always been pretty conscious of that, apart from last season. I wanted to get someone on board to help me get my mentality right again and he has calmed me down. It is all about being happy and he is free for a chat 24 hours a day. He keeps me going and is very positive. I have realised what is important and what is and isn’t necessary. I feel really optimistic about the season ahead.

“I am just trying to get back to my old self. If I do that then there is no question in my mind that thinks I won’t make sure I stay on the tour. I am keeping fit now, I’ve lost ten kilos. I am practising harder than I was and I am more focussed. Noel has taught me ways to keep focussed all of the time. That is all I can do, work hard and enjoy the game. Everything else will take care of itself.”

How much has heading back to Switzerland over the summer helped you to reset for the season ahead?

“I really enjoyed my time over the summer. Back home there is no pressure. It is just my friends and family. I don’t have competitive snooker going on so I can live without pressure. When I am over here, it is like a switch and things change. It is really tough for me. Each time I go back home it is a feeling of relief. I am now starting to enjoy my time over in England again now. The summer was a good way to recharge and I am now working really hard to go again and be successful this season.”

You can watch Ursenbacher take on Ronnie O’Sullivan at next week’s Cazoo British Open in Milton Keynes. However, tickets are selling fast so act quickly. Click here to buy now.