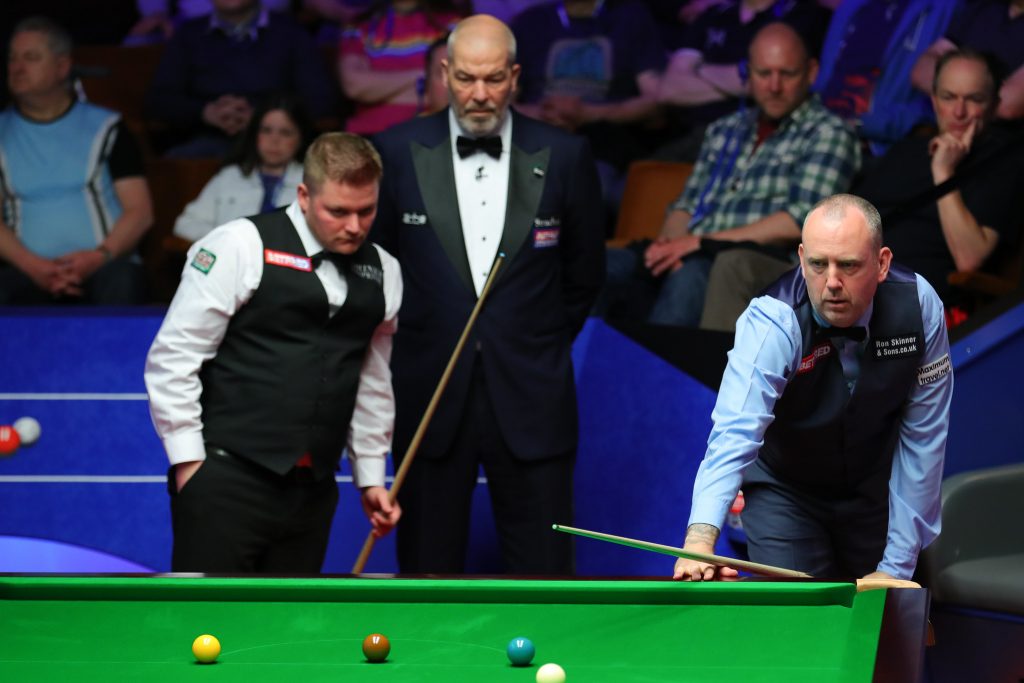 Mark Williams looked in the mood to add to his tally of three Crucible crowns as he made four centuries in a 10-3 victory over Michael White in the first round of the Betfred World Championship.

Williams is 47 years old and making his 24th appearance in the televised stages in Sheffield, but has rarely played better in the opening round as he eased into the last 16. Having seen off one fellow Welshman, he now faces another in practice partner Jackson Page, a player he describes as “like a fourth son.”

Just like fellow Class of 92 members John Higgins and Ronnie O’Sullivan, Williams remains a regular face at the business end of the biggest tournaments, three decades after turning professional. He won the British Open at the start of this season, and reached the final of the Shoot Out as well as the semi-finals of the Cazoo Masters.

On the evidence of his performance against White, the left-hander is playing well enough to add the the world titles he landed in 2000, 2003 and 2018.

His match against Page, which starts on Thursday afternoon, will be among the most intriguing of the second round. Williams has tipped his young apprentice for success for several years and will now see at close hand how Page will handle the biggest occasion of his career so far. 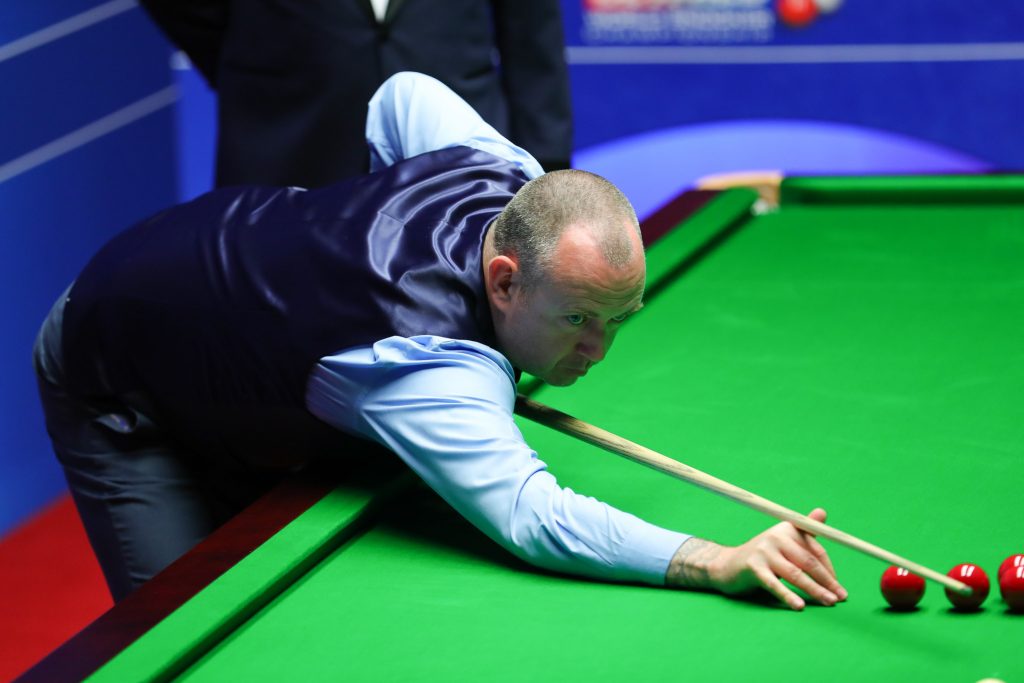 Williams is into the second round for the 20th time

“It’s going to be tough because Jackson’s not just a friend, he’s like my fourth son,” said world number eight Williams. “He comes to my house, we play cards, have pizzas with my kids, play badminton and golf – you name it, we do it together. Unless he blanks me for the next two days then I assume we’ll be having something to eat together tonight.

“I’m going to try my best against him but if I am going to lose to anybody then it would be him. If I lose I will have no problem at all. If it means him getting into the top 64 by beating me then I am half on his side. I know he’s got the talent, I’ve been telling you all for years. He played so well last night (beating Barry Hawkins) and proved me right.”

Williams took a 7-2 lead in the first session against White, making breaks of 121, 90, 71, 116 and 138. He won the first two frames today with a top run of 50 before White pulled one back with an 83. But White – only the second amateur to play at the Crucible – couldn’t even force an interval in the second session as Williams wrapped up the contest in frame 13 with a 121.

Williams added: “I started off like a train, put Michael under pressure and didn’t really ease up. My safety was good. To win 10-3 in the first round is unusual these days, especially against someone as good as Michael. The atmosphere here is like nothing else.

“My form is as good as it can be at my age. In any sport you start declining when you get to my age. My eyes are deteriorating a little bit, but I am dangerous, whoever I play.

“I’ve played well most of the season. A few rubs here and there have stopped me winning a couple of tournaments – with a bit more luck I could have won the Masters or the Tour Championship.”