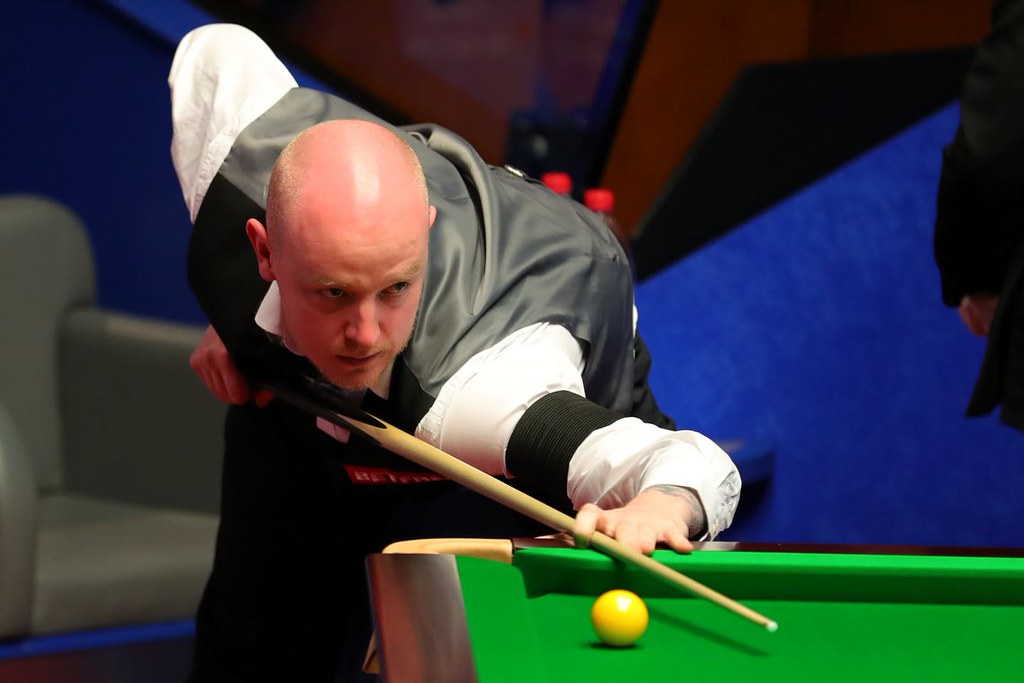 World number 60 Chris Wakelin will head to the British Open to face an opponent he never thought he would meet, in the form of seven-time World Champion Stephen Hendry.

Wakelin was yet to turn professional when Hendry initially hung up his cue back in 2012. However, the Scot made a shock return to the sport last season after taking up the offer of an invitational tour card.

The open draw for this year’s British Open handed Wakelin an unexpected clash against 36-time ranking event winner Hendry. The pair will cross cues on Tuesday August 17th and we’ve spoken to Wakelin to find out how he feels ahead of the match…

Chris, what do you think it will be like stepping out there to face Stephen Hendry?

“Stephen is a legend. He is a living legend. It is an honour to be able to watch him play. It doesn’t matter how well he plays or who he plays. Just being able to see one of the best players ever to pick up a cue is amazing. I’m sure he will have been putting in plenty of work over the last couple of months. I think he will play in a lot more tournaments this season, but to be able to play him is great. He is the one that I looked up to when I was growing up. To be able to face him in a professional match is an exciting prospect.

“It is always nice to play under the TV lights. That is what we play for. It is all fine and well doing well on the back tables, but if you can prove to yourself that you can do it on the biggest stage that is a massive asset for the rest of the season. I’m not looking too far ahead. At the end of the day it is just another game. It is against Stephen which is great and for many years it looked like it wouldn’t be possible to face him.”

Will the psychology of the match be slightly difficult to navigate, given you will go in as the favourite against someone who is widely regarded as one of the greatest of all time?

“If I was 10 years older, there would be a lot more of that psychology to contend with. When Hendry was at his peak, I was a baby. I never saw him at the peak of his powers. I can remember my mum watching him while I was a kid on television, but not in too much detail.  That is probably a good and bad thing. It will be an exciting experience, to play one of your heroes. I am there to win and it isn’t to watch him. My job is to beat him and his job is to beat me.”

How do you think he is fairing with playing more frequently as an underdog rather than the favourite?

“I should imagine that is the hardest thing for Stephen. He has gone from being the man to being like everyone else. He was one of the best and most dominant players there has ever been. Now he is in a field of players looking for wins and it is tough. We all know what it is like to be fighting for every frame and every match. That must be a very different mindset to when you are dominating.

“The tour nowadays is so strong and people don’t realise it. You look at the likes of Selby, O’Sullivan and Trump. They are so far ahead of everyone else. They make the game look so easy and make the rest of us look so average. However, that filters right through the rankings and there are no easy draws now. There is no such thing as an easy draw or an easy couple of rounds.”

Did you feel he initially retired too early when he stopped playing in 2012?

“Everything happens for a reason and Stephen obviously had his reasons for stopping when he did. It would be very easy to stand here and say that he retired too early or that he should have kept going. He must have had enough reasons in his mind to stop playing rather than carry on. Hats off to him for doing that. I’m sure at the time, to walk away from the game that has made you who you are overnight, would have been difficult but very admirable. I’m sure he didn’t make the decision lightly. He retired two months before I turned professional, so I’ve never been on the circuit with him. He obviously beat Jimmy White at the World Championship this year and it was great to see him back winning a match there. He’s not a young man anymore, he won’t be as hungry as he was. I’m sure there are a lot of differences with him as a person compared to when he was last on tour, but he will still be trying hard to beat me next week.”

How have your preparations for the season, on and off the table, been coming along?

“I’m practising hard with the likes of David Gilbert and Stuart Bingham. Moving forward I’m still doing the fitness. I’ve lost another stone since I last spoke to you. I bought a new suit for the season and made sure it was tight. It is big on me already. It’s exciting. I’ve never really been this fit before and I’ve still got a long way to go. I’ve no doubt that will stand me in good stead for the season.”