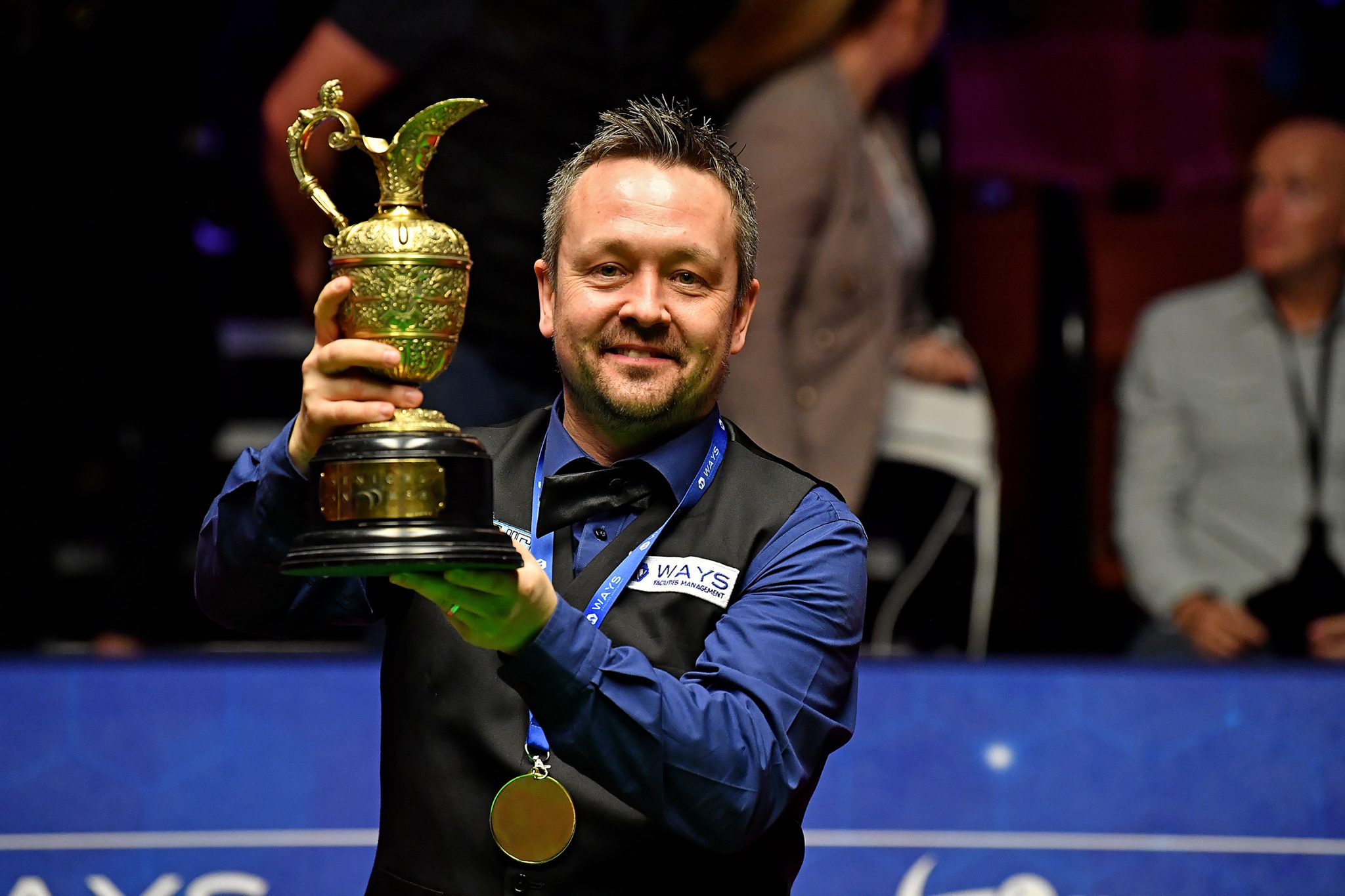 Lee Walker came back from two down with three to play, to oust Jimmy White 5-4 in the final at the Crucible Theatre and win the Ways Facilities Management World Seniors Snooker Championship for the first time.

The 46-year-old raised the tournament curtain on Wednesday night and he was the last player standing in Sheffield on Sunday evening, with the title representing the biggest accolade of his career so far.

Walker, who qualified for the main draw in February, began his campaign in the preliminary round with a 3-0 victory over Tony Knowles before an impressive elimination of Stephen Hendry by the same scoreline in the last 16, a result which included a break of 121.

However, the Welshman needed to show different qualities during the latter stages of the championship as he became a master of brinksmanship.

He came back from 2-0 down to deny Ken Doherty 4-2 in the quarter-finals and was even further adrift as he dethroned defending champion David Lilley in the semi-finals – stringing together four frames as he memorably turned a 3-0 deficit into a 4-3 success.

His opponent in the title match was three-time winner Jimmy White, who was appearing in his fourth consecutive world seniors championship final.

A vintage White had produced some of his best form in recent years to get there, dropping just one frame in three matches. During his 4-1 win over Rory McLeod in the last eight, the Whirlwind constructed a total clearance of 138, an effort which would stand as the event’s highest this year. He also compiled another total clearance – a 132 – as he saw off reigning UK seniors champion and former winner of this title, Peter Lines, 4-0 in the last four.

The ever-popular Londoner started the final well, registering a run of 64 in the opening frame and carving out a 3-1 lead going into the mid-session interval.

On resumption, Walker made a 72 break to take frame five and reduce his arrears, but White moved to the brink of the title as he claimed the sixth frame to go 4-2 up in the race to five.

However, Walker was to conjure up yet another recovery, finding his scoring groove when it mattered the most to become the 11th different winner of this prestigious title.

He chalked up frame seven and then forced a deciding frame with a clearance of 79 in the eighth. Walker would save his highest effort of the contest until last, though, grabbing his opportunity in the decider by crafting a classy break of 83 to lift the trophy.