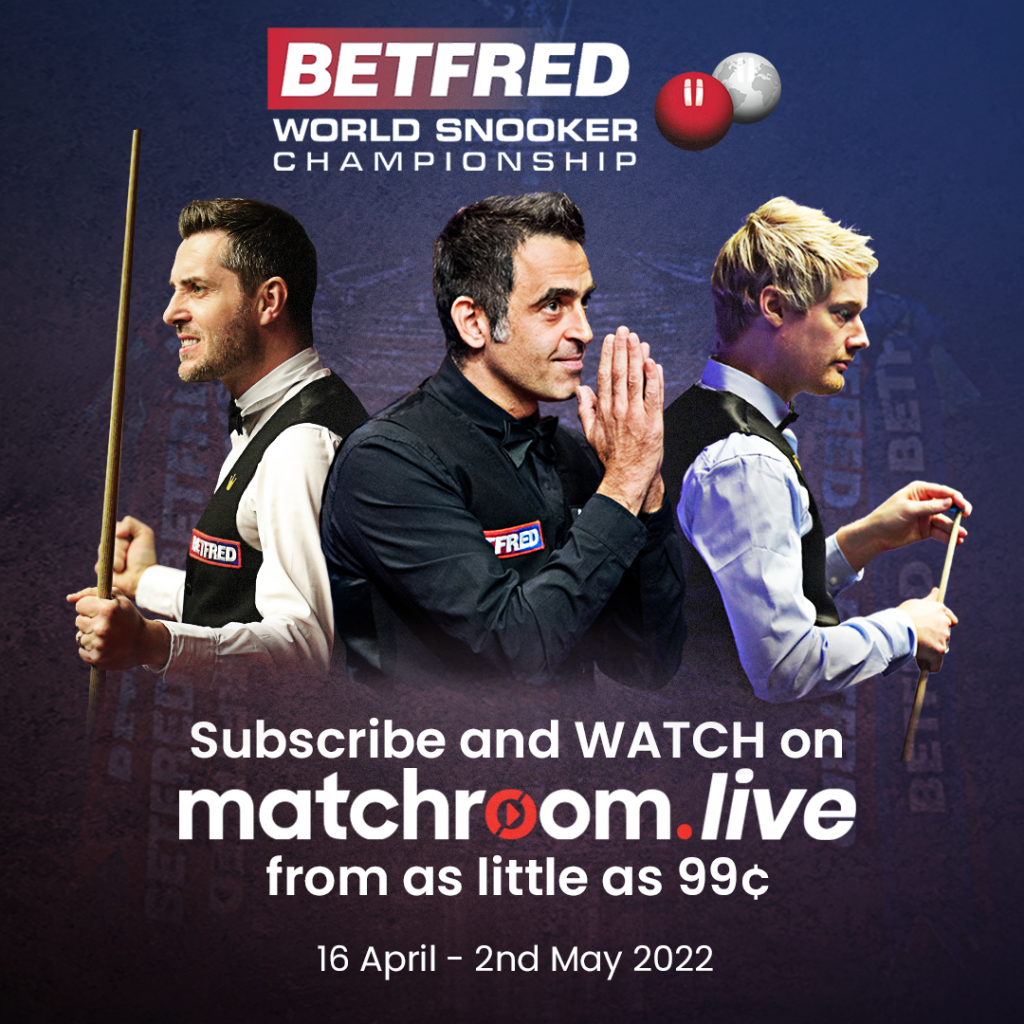 If there is no television broadcast in your territory of the upcoming Betfred World Championship, don’t worry because you can watch the whole 17-day tournament for a special offer of just 3.99* on Matchroom.Live

This Tournament Pass gives you the chance to watch all of the live action from the famous Crucible Theatre in Sheffield, as 32 players including Ronnie O’Sullivan, Judd Trump, John Higgins, Neil Robertson and defending champion Mark Selby battle for the famous trophy.

Alternatively you can buy a single day pass for just 0.99. Or sign up for a monthly subscription for 4.99 to enjoy a wide range of sports including snooker, pool, darts, boxing and much more.

The full list of TV and online broadcasters tor the Betfred World Championship will be announced shortly.

*across all relevant currencies