Wells Aiming To Clear Up On Tour Return 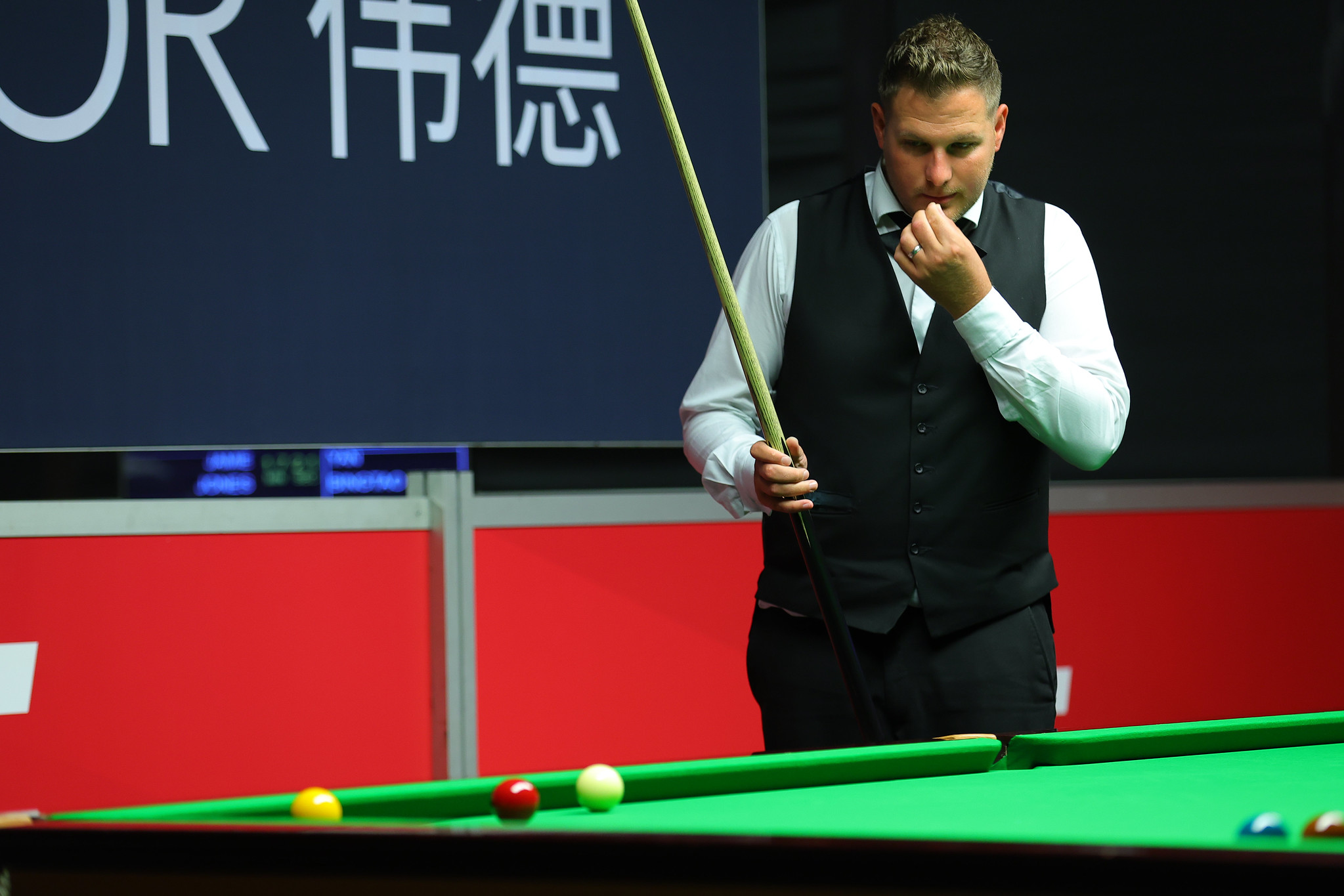 Welsh amateur Daniel Wells swapped the baize for a job at a deep cleaning company during the 21/22 season, after an enforced exile from the World Snooker Tour. Now he has his eyes fixed on regaining his pro snooker status.

Former Scottish Open semi-finalist Wells lost his place on the circuit at the conclusion of the 20/21 campaign. A subsequent below par Q School performance resulted in him falling short of the requirements for top up places and almost a year away from the professional circuit.

Wells was forced to pursue a different path to make a living for his family and began working for his mother’s deep cleaning service Aquabrite. Although the work was difficult and a culture shock, Wells admits the break was exactly what he needed and has allowed him to reset his mentality.

Wells explained: “The business had a contract with local authorities and councils. We worked in council houses, which the tenants had moved on from or were being moved on from. It is about getting the property in a fit state to let. There were some places we worked at that were as bad as you could imagine. The toilets were horrible, the kitchens caked in grease and some properties had cigarette smoke stains over the doors. It was soul destroying at times, but it was also character building.

“It wasn’t nice work, but it was steady work. I would do my shift, come home and forget about it. I didn’t have the pressure of needing to win matches for money. I think it has made me realise that snooker isn’t the be all and end all of everything. It is obviously a big part of my life, but when it was taken away from me, I still enjoyed my life. The thought of falling off the tour was worse than what actually happened. When I finished work for the day, I had a sense of satisfaction. The job was complete. Whereas I come home from snooker and I am constantly thinking about whether or not I’m hitting the ball well. I take it home with me and if I am coming off the back of a negative result, anxiety can build. Being a professional sportsperson is a brilliant way of life, but it is a tough one as well though.

“I had ten consecutive years of being on the tour and playing in everything. You get used to that way of life and when it is taken away, you see things in a different light. I was never sure that I was going to get it back either. So when I got the call to play in the World Championship, at the end of last season, I was excited to see if I could compete and it turned out that I could. The anxiety which built about playing again was a different sort. It was about whether I could still actually compete at all. I had feared I might not be able to. That was obviously all in my head and there was no reason I couldn’t compete. I am enjoying playing again.”

That appearance in World Championship qualifying saw Wells win his first two matches, against Chang Bingyu and Andrew Higginson, to reach the penultimate round where he was eventually defeated by Thailand’s Noppon Saengkham. He headed into Q School confident he could emerge successfully from the event. However, there was to be more heartbreak.

Wells looked set to regain his tourcard in the final round of event two when, at 3-2 up, he required just the pink to beat Adam Duffy. However, he missed and would go on to lose the match 4-3. It was a bitter blow, but he has since gained a top up spot at all of this season’s tournaments so far and has fared well. After progressing through the first stage of the BetVictor Championship League, Wells made the last 16 of the European Masters and has qualified for the final stages of the upcoming Northern Ireland Open.

Wells is pleased to have picked himself up from the disappointment of Q School and is now hoping he can regain his place on the tour without even having to enter the event next year. The top four players on the one-year list, who haven’t otherwise secured their professional status at the end of the season, receive a two-year tour card. After his start, Wells now believes this could be a realistic option for him.

“Q School was a big blow. I missed one ball at 3-2 up, having had the match won. If the pink goes in I’ve won and I’m back on tour. That was tough to take, but as it turns out it has worked out well with the top ups. I was expecting another year in the wilderness so the call ups have just come as a massive bonus and I’ve really enjoyed them. Hopefully I can get a few more events in,” said the 34-year-old.

“I am pretty pleased. I don’t think I’ve hit my best form either, so to be able to pick up results not feeling at my best is a sign things are going in the right direction. I feel there is scope for improvement so I am continuing to work hard. Hopefully I’ll get more opportunities to win matches.

“The one-year list wasn’t a route I even expected to be in with a chance of. The more events I can get in, the more opportunities I have to win matches and I could have a chance come the end of the season. Whether I am in the tournaments or not is out of my hands but having that additional way of getting on takes a bit of pressure off the Q Tour. I find that quite cutthroat as there is one main tour spot and a playoff. There are a lot of good players there so there are no guarantees. I am aiming to improve my game as much as possible. With the right attitude and right effort, I am sure I will get my tour card back. I am in the best place I’ve been in with snooker for a number of years.” 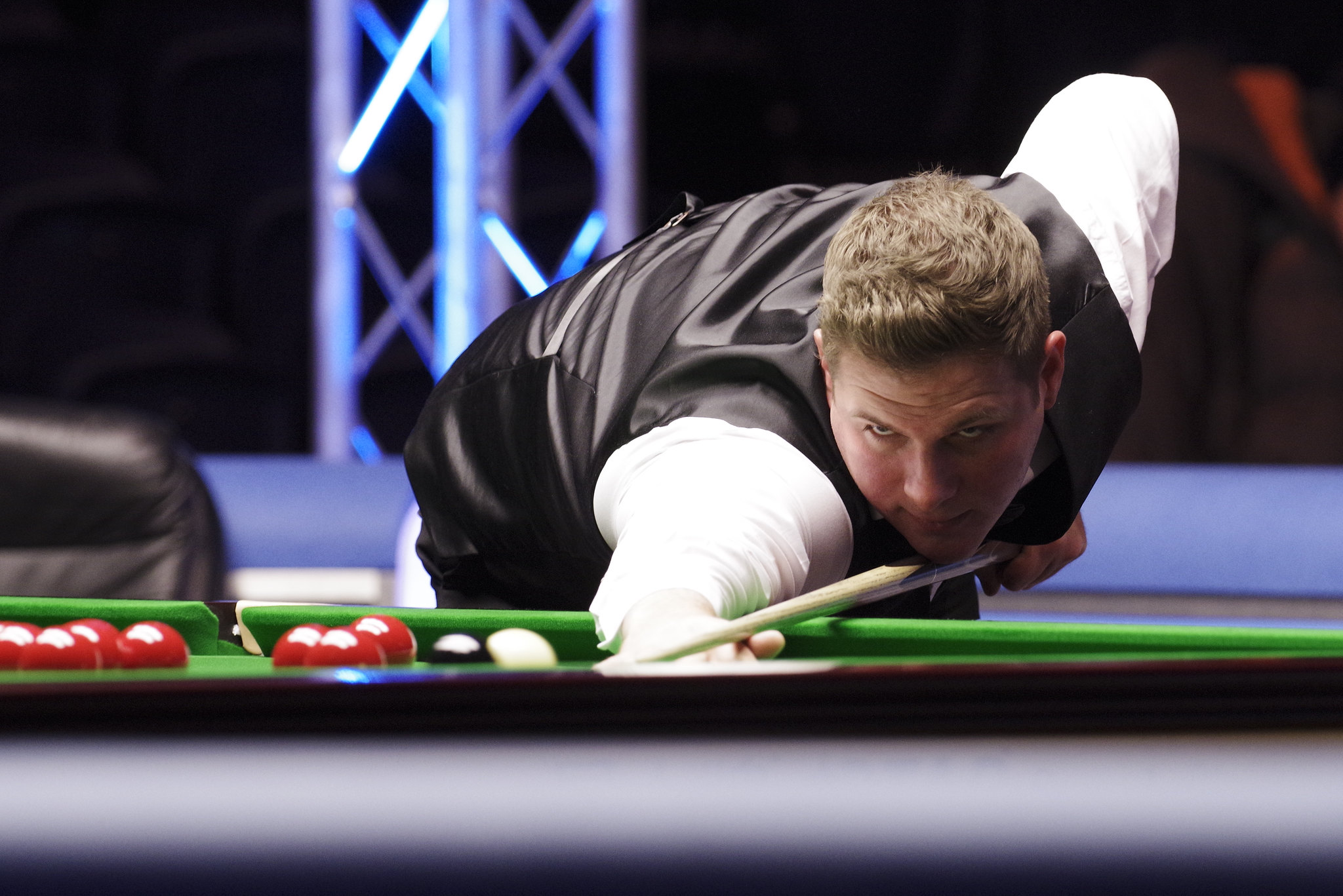 The turnaround for Wells has been partially informed by becoming more settled with his playing equipment. After reaching the semi-finals of the Scottish Open in 2018, his cue became damaged and he was forced to replace it. He struggled to settle on the right one and that led to his slide down the rankings. Having now found a cue he is more comfortable with, Wells feels confident about the months ahead. Re-establishing his relationship with coach and former World Championship semi-finalist Ian McCulloch has also helped him with his match psychology.

“I had a cue which I was using up until a few years ago and I was picking up a lot of results. It felt so natural to me. However, the wood under the ferule started breaking and I was forced into changing cues. In the seasons which followed I was messing around with different cues and fell off the tour. I’ve now landed with a cue that feels exactly like my old one, if not better. I put a lot of my form down to that.

“Stephen Hendry never really recovered when his cue broke. As a player, you know what you want the cue to do and each one is different. It has its own characteristics. This bit of wood I have now, I feel like I know it inside out and I have confidence in it when I come under pressure in matches. It has added a lot to my game.”

“I am back working with Ian McCulloch and he has been very positive and influential. We originally worked together in my bad season when I fell off the tour. Because I was under so much pressure and stress, the things he was saying weren’t sinking in with me. I got it but I was struggling mentally. When I started picking my game apart and working hard again it reminded me that the things he was saying to me were good. Thankfully he has started giving me his time again. Things are going back in the right direction.”