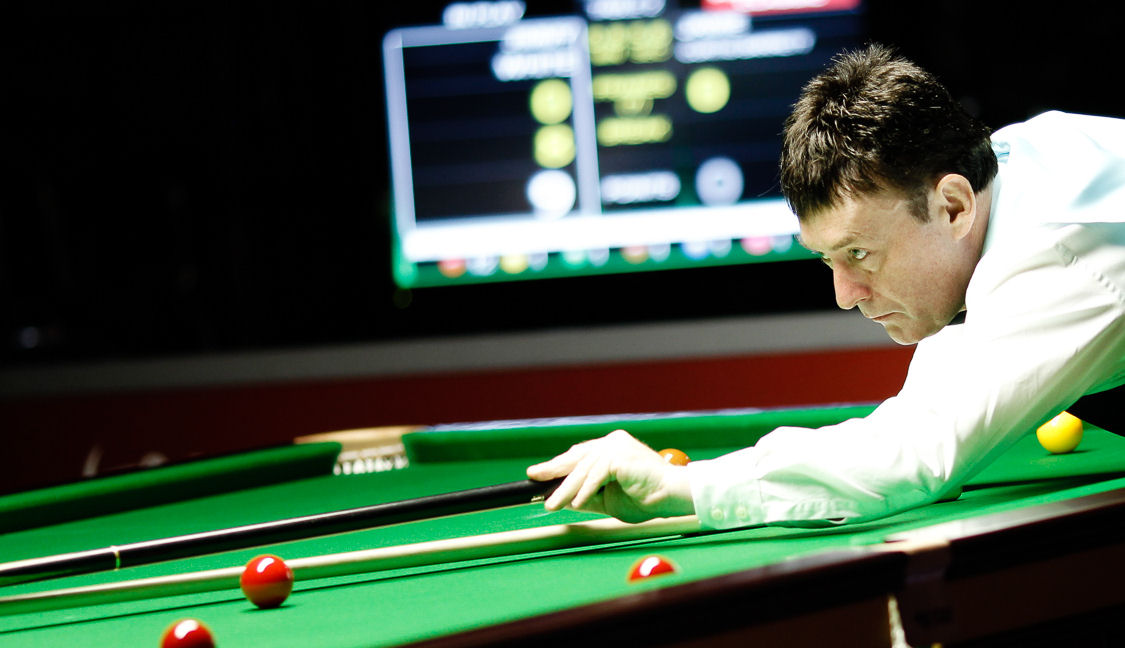 Jimmy White overcame Michael Georgiou 6-4 in a nerve-shredding encounter to book his place in the third round of Betfred World Championship qualifying at the English Institute of Sport in Sheffield.

The Whirlwind will now face world number 47 Robert Milkins, with the winner progressing to the final round of qualifying. White played Milkins for a place at the Crucible on his last trip to Judgement Day in 2013, losing out 10-5.

Today’s result acts as a crushing defeat for Cypriot Georgiou, who will now face relegation from the circuit and a trip to Q School next month to try and rescue his professional status.

The high stakes encounter produced a nervy, yet enthralling spectacle and it was Georgiou who coped best in the early stages. Breaks of 70 and 53 helped him to a 3-1 lead at the mid-session interval.

However, when they returned it was White who started to get the better of some tightly contested frames. The six-time Crucible runner-up took three on the bounce to lead at 4-3.

Georgiou stopped the rot with a superb break of 121, but it was White who took a tense 31-minute ninth frame on the colours to lead 5-4. The legendary ten-time ranking event winner then got himself over the line with a vital break of 41 to win 6-4.

White said: “It was huge. I was in and out of focus. I was dead and buried at 3-1 down after the way I played. Michael let me off a few times and I thought I was going to have to make him win this. Once it got to 3-3, I fancied the job.

“My game is there. Hopefully I can dig a bit of confidence out of this and get out of the traps with Milkins quickly. The standard is getting better and you have to win a lot more frames in one visit.”

Allan Taylor produced the performance of his career so far to thrash Welshman Lee Walker 6-1.

Taylor fired in a 145 break in the third frame, the highest of the tournament and his career so far. It could prove to be a lucrative contribution, with a £15,000 high break prize covering the qualifiers and the Crucible.

Taylor had swapped the cue for a mic this season, taking up the role of Home Nations Master of Ceremonies. However, he is riding the crest of a wave on the baize at the moment, having recently won the Challenge Tour Playoff to seal professional status for next season.

“When I finished those four events as MC I bottled all of the confidence that I got from going in front of the crowd and the cameras. It looks like I have brought it here with me and long may it continue.”

Michael White produced a remarkable display of grit and determination to keep his tour survival hopes alive, battling from 5-3 down to beat Jamie O’Neill 6-5.

The Welshman needed to win to stand a chance of maintaining his professional status. Gutsy breaks of 73 and 67 in the last two frames saw him over the line this evening. Next up he faces Thailand’s Noppon Saengkham.