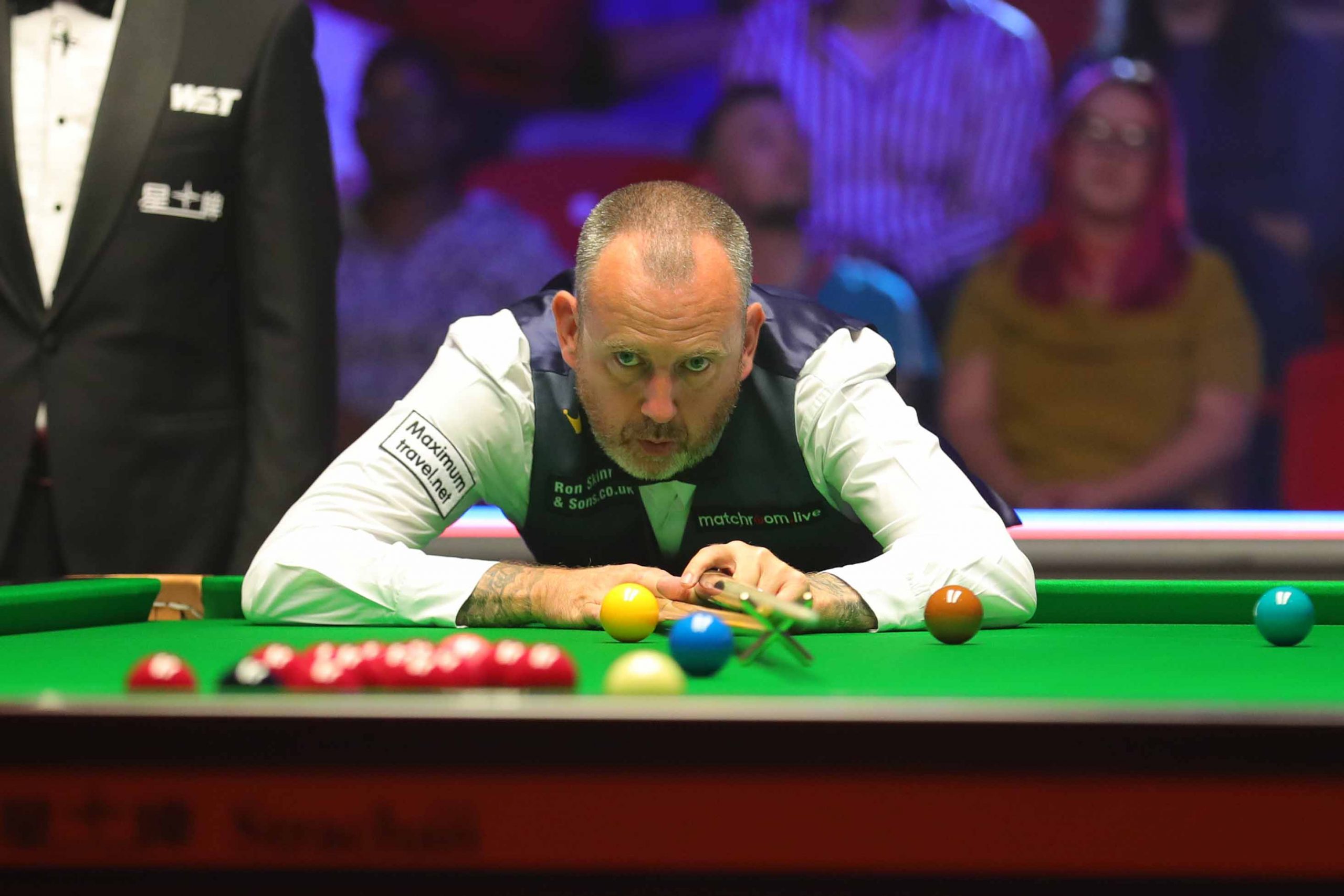 Mark Williams battled back from 2-0 down to defeat fellow Welshman Dominic Dale 3-2 at the matchroom.live British Open in Leicester.

The three-time World Champion, who won the 23rd ranking title of his career at the WST Pro Series last season, is a former winner of the British Open, having beaten Stephen Hendry 9-2 in the 1997 final. He got this year’s campaign underway with a comfortable 3-0 win over Tian Pengfei in round one, this evening was anything but comfortable.

Dale took a scrappy first two frames to move one from victory at 2-0, but Williams responded with breaks of 72, 44 and 48 on his way to restoring parity at 2-2.

The final frame edged into a potential stalemate situation, with Williams offering a re-rack. Dale declined and it cost him as Williams manoeuvred an opportunity, making 44 and eventually taking the frame to win the match.

“He should have won that match. Why he didn’t agree to a re-rack in that last frame I don’t know,” said 46-year-old Williams. “I was never going to play up the table and leave him something easy and I thought he was never going to either. I just suggested the re-rack, he said no and played up the table. Thank you very much.”

Iranian number one Hossein Vafaei defeated Northern Ireland’s former Masters winner Mark Allen 3-2 to book his place in the last 32. A break of 55 in the decider was enough to help Vafaei over the line.