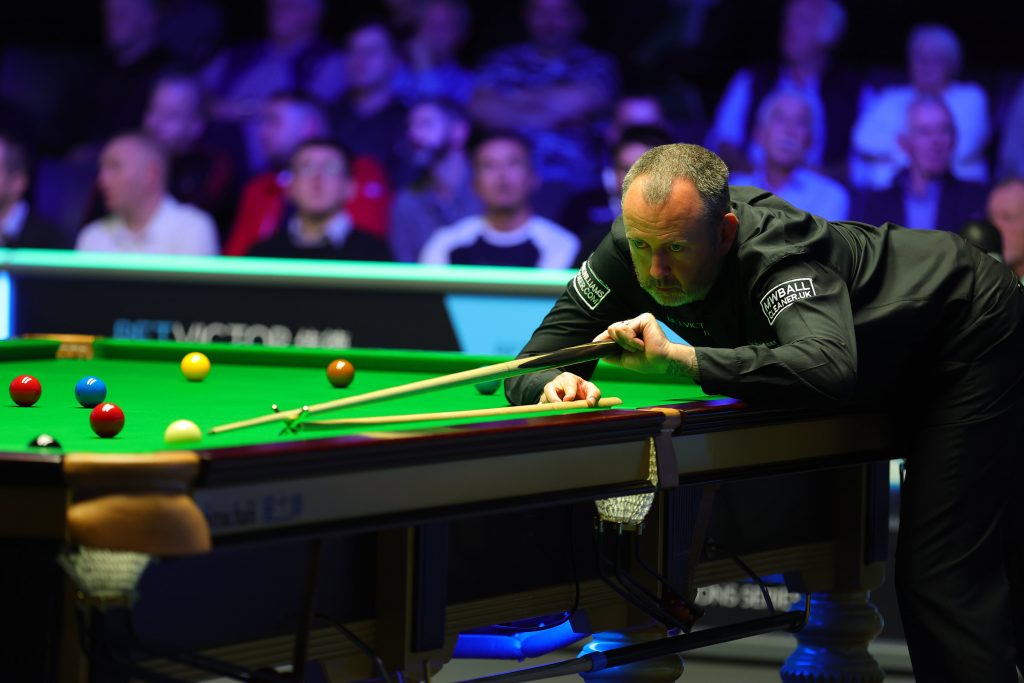 Mark Williams joined home favourites Mark Allen and Jordan Brown in securing a place in the last 32 of the BetVictor Northern Ireland Open after a 4-2 victory over Alexander Ursenbacher.

The Swiss potter flew out of the traps quickest with a break of 118, missing only the final pink and black. But, Williams responded with a clearance of 139 to draw level. The three-time world champion won the next two but he couldn’t shake his opponent off. Ursenbacher moved within one frame following runs of 32 and 23 in the fifth, but Williams finished strong with a 78 break to claim the win.

After the match, Williams told Eurosport of his adoration for the Waterfront Hall venue. A place where he will have fond memories, having won the title back in 2017 after a 9-8 victory over Yan Bingtao.

“It’s a great venue – one of the best we play in! This a few years ago started my comeback, my mini-comeback. I have good memories here and hopefully, it can start it again. This is really the start of the season, as the tournaments start to come in.”

Williams was also keen to discuss his surprise acting stint in the BBC One comedy The Tuckers, which recently surfaced on his social media. Actor Steve Speirs, who is a friend of Williams, convinced him to take part. And now, having dipped his toe in the industry, the world number eight is keen for more.

“Watch it!” joked Mark. “I sneaked an appearance in series three. It was good. Steve Speirs and I get on well and he asked me to do a little cameo and I thought I can’t really turn him down.

“I think I was called ‘one-take Willo’ all the time! I didn’t have many words but I was perfect. You know, if he got another series going perhaps he could give me a bigger role! I was so far out of my comfort zone but it was a good laugh.

Earlier in the evening, Mark Allen blitzed Chen Zifan 4-0 to secure his place in the last 32. Having won four frames on the spin last night to overcome Chang Bingyu 4-1, the Pistol repeated the feat again meaning he has now won eight frames without reply.

Returning to the Waterfront Hall for the first time since his maiden BetVictor Northern Irelan Open title last season, Allen admitted to feeling nervous yesterday. But, there was little evidence the 36-year-old felt the same tonight, kickstarting the contest with a break of 102. He then followed it up with three breaks of 50 or more.

“I pretty much picked up from where I left off yesterday,” Allen told Eurosport. “A couple of good long reds in the first two frames and two one-visits. That’s the way you want to start a match because it puts your opponent under pressure.

“Frame three he missed an easy red but only because he probably just got frozen out for two and a half frames. But yeah, I’m happy with that performance. I think I missed one ball that I shouldn’t have and that was it.”

Antrim-born Jordan Brown is also into the next round, battling from behind to beat Thepchaiya Un-Nooh 4-2. With the match evenly poised at 1-1, Brown held his nerve to win a black ball frame after Un-Nooh left the object ball over the bottom right pocket. The Northern Irishman gave a fist pump to the crowd on his way out of the arena, before returning to extend his lead and make it 3-1. Un-Nooh then reduced the deficit to one but Brown potted a 50 break in the sixth to take the match.

Li Hang secured his second victory of the day with a 4-0 win over Chinese compatriot Si Jiahui, having already beaten world number 12, Jack Lisowski, in the morning. And Jimmy Robertson bookended his match against Andy Hicks with two breaks over 50 to secure a 4-1 win and advance to the next round.

For a full recap of today’s other results click here.